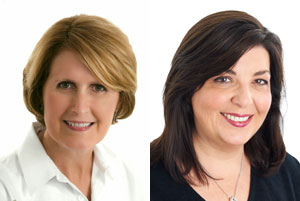 New year, new board! The

(CIDA), an independent, non-profit accrediting organization for university-level interior design programs in the United States and Canada, has elected new officers and appointed new directors to its Board. “The CIDA Board seeks leaders who have demonstrated visionary thinking and a strong commitment to improving interior design education,” said Holly Mattson, CIDA’s executive director.


Two new director appointments were made to the nine-member Board. Dr. Lisa Waxman, FIDEC, ASID was appointed as liaison to the

(IDEC). Dr. Waxman is Professor and Chair of the Interior Design Department of Florida State University and has served in many capacities on the IDEC Board, including regional chair, educational services director, secretary/treasurer, and the 2011-2012 president. “I want to bring an educator’s perspective to the board,” says Waxman. “Educators are preparing the next generation of practitioners and we experience the joys and challenges of working with students and launching them into their professional careers.”


Caroline Hughes, IDC was also appointed as liaison to the

(IDC) on the CIDA Board. Hughes is a principal with Toronto’s

and has participated in industry panel discussions focused on exploring and anticipating the future needs of people in the workplace. “As we design new kinds of environments, understanding the impact of those spaces on people will become even more critical,” says Hughes. “My goal as a CIDA board member is to help identify the learning tools tomorrow’s designers will need to create positive spaces and experiences for people.”


“CIDA is fortunate to have appointed Caroline Hughes and Lisa Waxman,” adds Mattson. “They both have made many outstanding contributions to the cause of excellence in interior design and will lead the organization with integrity, and form a deep knowledge base.”