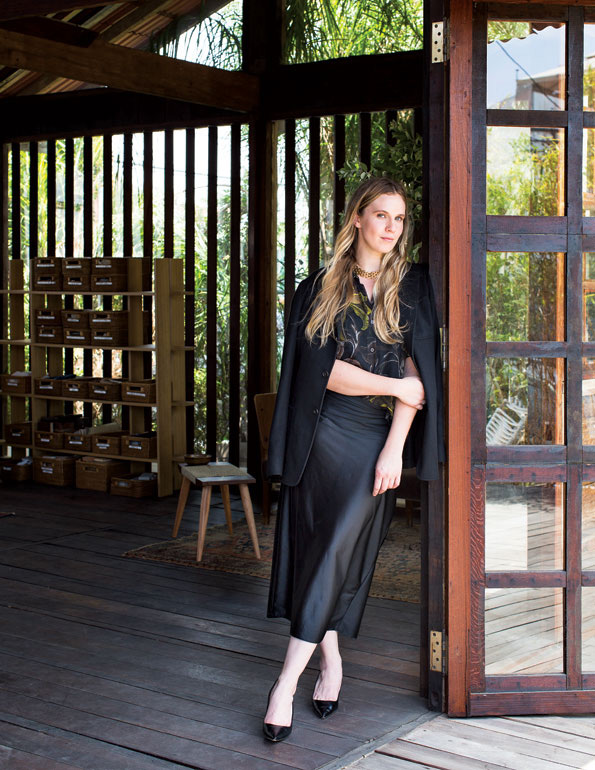 Bio : Courtney Applebaum, studied social theory at the New School—which is, in crucial ways, ideal training for an interior decorator. Her relationships with clients can be intensely personal, and it shows in the spaces she creates. The Los Angeles native already has half a dozen projects under her belt and at least that many in the works, some very high profile. But while her taste can be daring, she is the picture of discretion. The only names you’ll hear her drop are those of Prouvé and Nakashima.

At Home With Mary-Kate and Ashley: Tour Their LA Boutique The Row