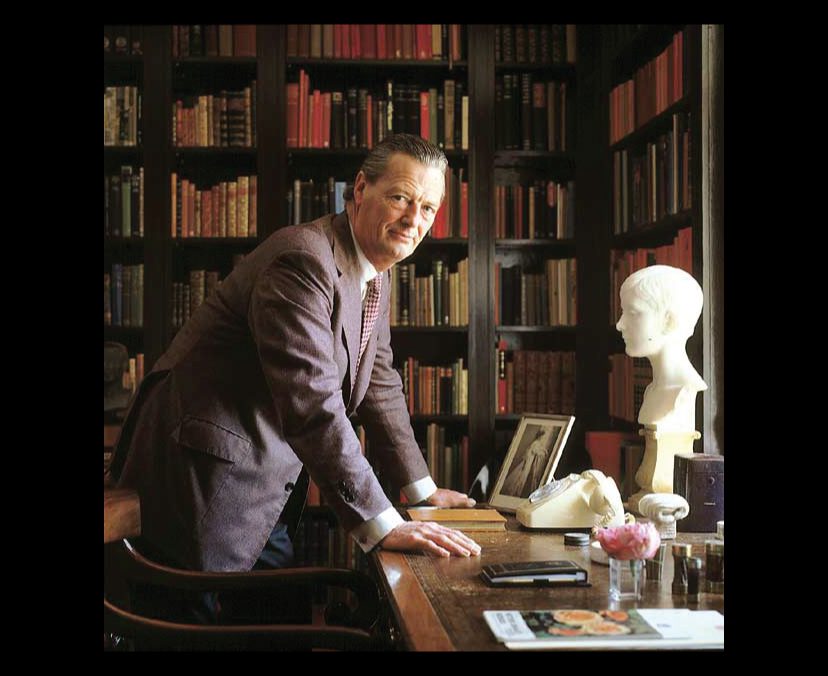 The year 1953 was a notable one in the history of interior design. That was the year David Hicks decorated his first house, in South Eaton Place in London. Hicks, whose first commercial decorating commissions followed the next year with work for Sir Rex and Lady Benson’s flat and The General Trading Company, among several others, was then leading the way in interior decoration with a style that gracefully blended the English traditions of interior design with 20th-century conveniences and technology. His rich but ever simple approach was an important and acknowledged inspiration to the late-great American decorator Billy Baldwin, among many others.

Born in 1929 and educated at Charterhouse and the London Central School of Arts and Crafts, he formed the firm Hicks and Parr in 1956. Projects during that period of his career included city homes and country estates for such clients as the Earl and Countess of Bessborough and work on President Nkrumah’s palace in Ghana. David Hicks Limited was established in 1959, and soon led to commissions as far-flung and wide-ranging as carpet and wallpaper designs, as well as restaurants, hotels, offices and consumer products – not to mention a private suite in Buckingham Palace for H.R.H the Prince of Wales.

Working under the corporate banner of The David Hicks Group, he also completed the architecture, interior and garden design of a large Palladian-style villa in Portugal.