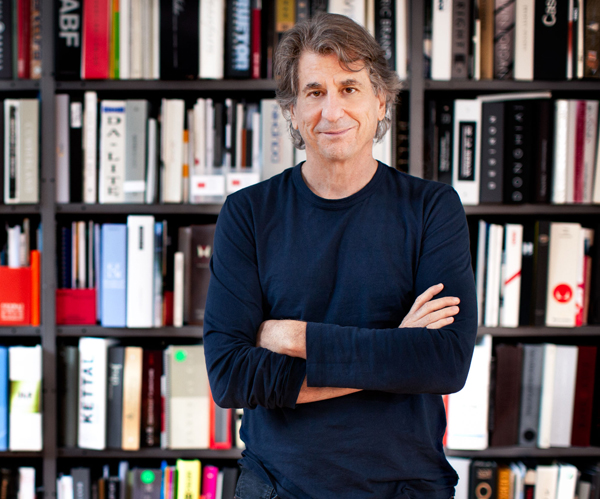 Six years have passed since David Rockwell, interviewed for an article on a new-media installation he’d just completed, voiced his pleasure at having the opportunity to speak about a project category then so newsworthy. For a change, the architect rejoiced, the subject was not the hip dining spots that have earned him so much publicity. Beyond that sole genre, there was a lot more that his firm could do, had done, and would keep on doing.

Remembering that conversation now, one can only say, “How times change.” Rockwell‘s name is no longer linked to any one particular job or single project type. His reputation for versatility is legion, and his CV lists 137 projects in 14 categories. Restaurants do number 48, but the other classifications range alphabetically from airports to sports stadiums (no zoos).

It’s been a long road since the Chicago native received his BA degree from Syracuse University and continued his studies at the Architectural Association School of Architecture in London. He credits his mother, who worked in vaudeville, with inspiring his early pursuits: pianist and stage-lighting designer. In 1984, he cofounded Haverson-Rockwell, Architects, where he was a partner for nine years before launching his New York-based Rockwell Group, which celebrates its 10th anniversary next year. In addition to running his own firm, he has attained leadership posts in industry organizations and won a multitude of professional awards.

Discussing his design philosophy, Rockwell reveals much about his performance and character. “Invention,” he says, “always interests me.” He avoids standardized questionnaires and checkpoints, seeing each job as a set of unique possibilities. An example is the Children’s Hospital at Montefiore in the Bronx, completed in 2001. Here, Rockwell Group devoted two months to research alone, watching and quizzing doctors and nurses, patients, families, friends, suppliers; you name it. His presentation drawings were executed from the perspective of youngsters, with sight lines fine-tuned to avoid disconcerting views as often as possible. Determined, he says, to “replace children’s fears and uncertainties with curiosity and delight,” he shunned opaque treatments often deployed to mask the realities of hospital life. His antidote called for all-around openness ringed by glazing. Light pours in, and spirits rise.

An identical investigative process influenced an entirely different project, the Hairspray sets that appeared in “Bright Lights, Big Hair” (September, page 186). Rockwell’s fantastical, fabulous work for the Broadway hit garnered rave reviews rating him on a par with the leading actors. The experience supports another Rockwell dictum: “We thrive on new problems.”

Finally, a word of advice. Do not, unless your time is unlimited, ask Rockwell about his 3-year-old son, Sam, and 8-month-young daughter, Lola. If the monologue extends to his wife, film producer Marcia Kirkley, expect to stay overnight.