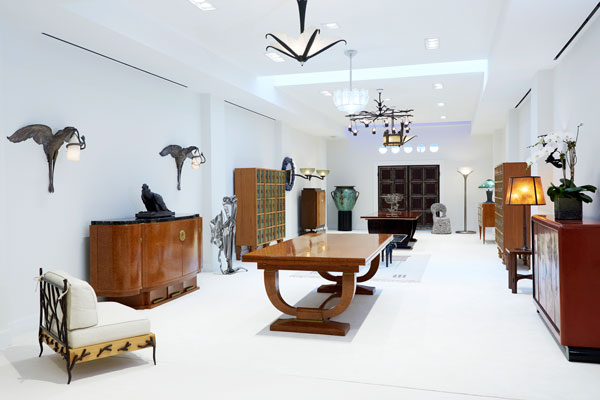 The gallery is a skylit trove for treasures such as a Ruhlmann burl dining table and a 1992 Garouste and Bonetti lounge chair in oak and bronzed steel.

Precious Favrile table lamps by Tiffany Studios are sometimes only a start. Eventually, you may wind up showing a mirror framed in myriad plastic eyes plucked off plushie toys. Those two extremes—linked by exclusivity and extravagance—are flip sides of the same coin for Adriana Friedman, the director of

, a fixture for design junkies on New York’s Upper East Side. Opening this month, the gallery’s new space is a skylit oasis of calm and refinement. 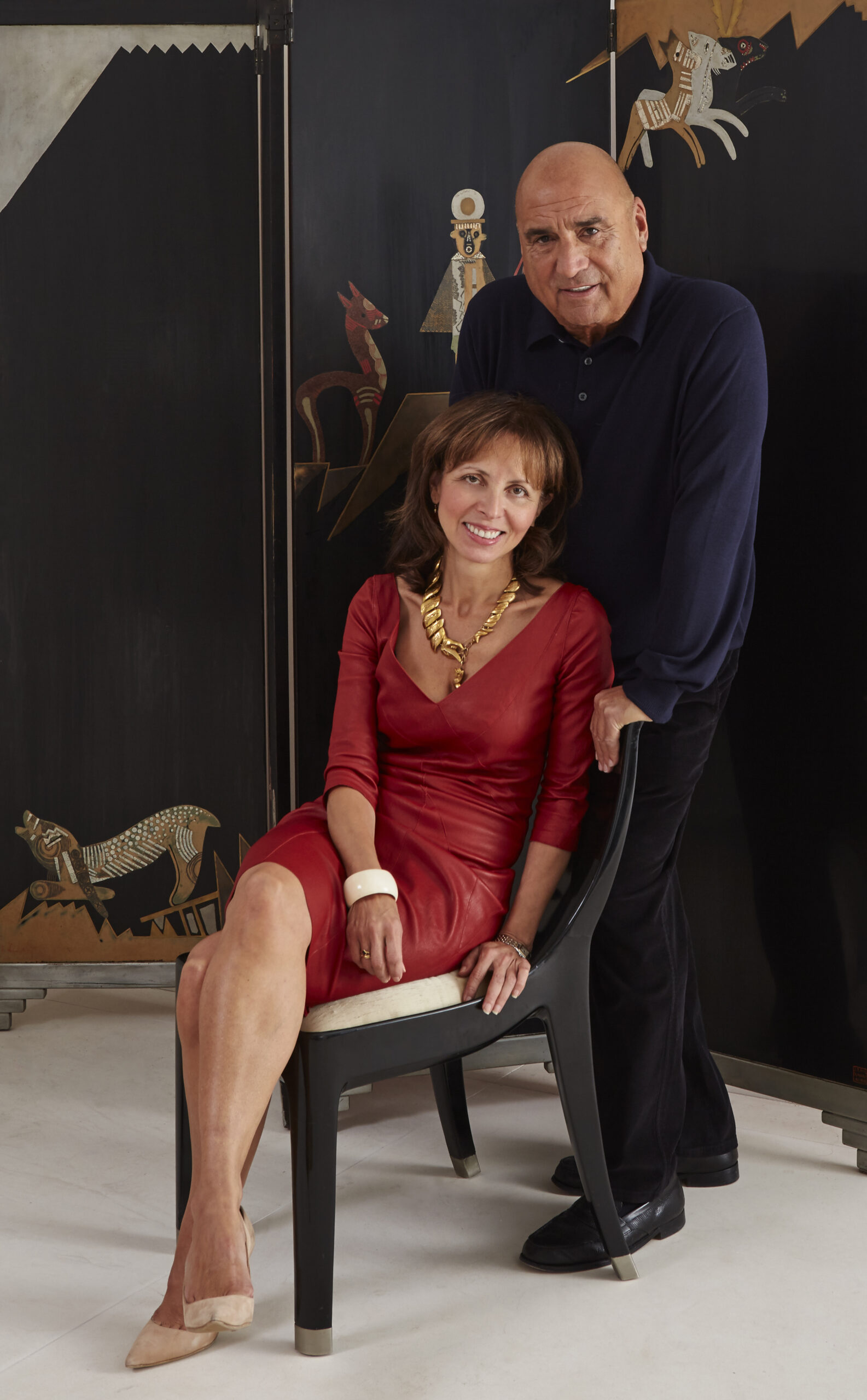 Founded in 1980 by Tony DeLorenzo (at left with Friedman), who took Friedman under his wing after her earlier years in fashion, the gallery flourished on Madison Avenue thanks, in large part, to interior designers and clientele among the city’s one percent. Then fashion designer Tomas Maier made an offer for the storefront itself, which proved impossible to ignore. Friedman received clients in her town house while searching for another location.

The new gallery is just upstairs from another neighborhood institution—the Zitomer pharmacy and department store. Former office space has been transformed by Stephen Sills protege

, using new limestone slab flooring and pin-spots. (A line of round holes punched through one wall was suggested by Tony DeLorenzo, to recall none less than the master Jean Prouve.)

DeLorenzo will open with a 1925 Jean Dunand chair prototype in lacquered stone composite and Pierre Chareau sconces with prismatic alabaster shades. There’s even a museum-quality Alberto Giacommetti plaster chandelier. But the aforementioned mirror clad in indigo eyeballs, by California artist Clare Graham, is spoken for. “That’s going home with me,” Friedman says. 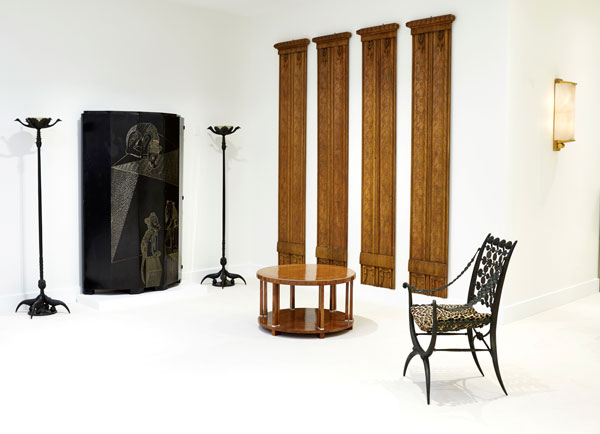 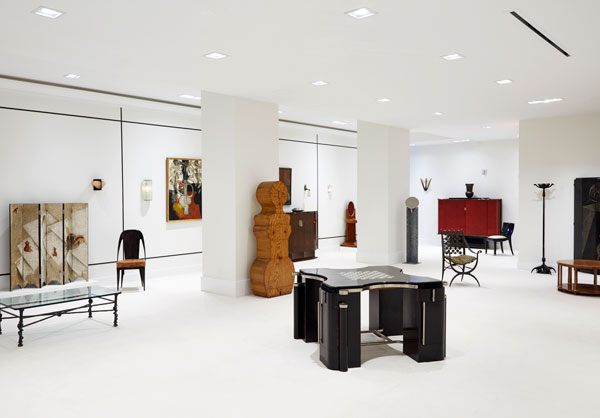