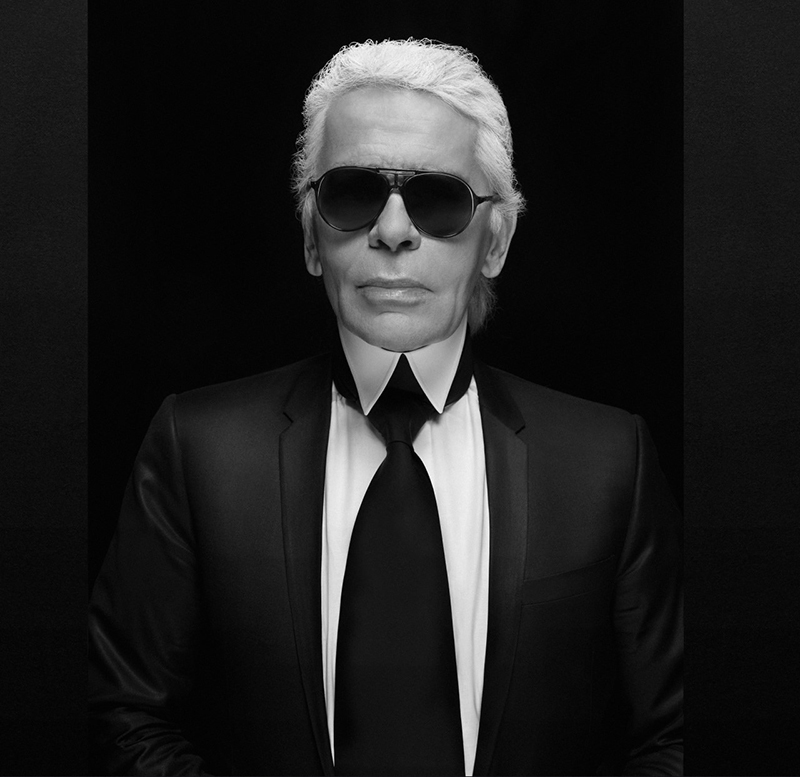 Design icon Karl Lagerfeld died Tuesday in Paris. Best known for shaping the luxury fashion industry through his tenure as creative director at Chanel (since 1983) and Fendi (since 1965), Lagerfeld made his first forays into product and hospitality design in recent years.

The acclaimed fashion designer turned his eye for design toward products and interiors in 2013.  That year Lagerfeld collaborated with Italian manufacturer Cassina to curate special exhibition The Authentic Eye for the brand’s showroom in Paris. It was also in 2013 that Lagerfeld enlisted Berlin-based design firm Plajer & Franz Studio to conceptualize and design the first showroom for his eponymous fashion label. In 2016 Lagerfeld made his stateside interior design debut as the sole creative authority overseeing the lobby designs at Estates at Acqualina, a luxurious residential complex in Miami. That same year he ventured further into design and interiors with the announcement of Lagerfeld Hotels and Resorts, and in 2017 oversaw the complete renovation of the historic Hôtel de Crillon in Paris.

Robin Osler, principal of EOA/Elmslie Osler Architect says of the designer, “When I was living in Paris and working in the fashion industry as a model, I recall going on an appointment to see Karl Lagerfeld at Chloé. I was slightly terrified because even then he was larger than life—a personality that owned the room. He was a formidable force from the very beginning and was renowned for being in love with his work and the world at large. His curiosity was insatiable and he was admirable in his ability to shift with the times. He was constantly seeking out what was modern because it literally fed him. I certainly admired his energy and his will. He was someone who refused to settle into any sort of set pattern because of his desire to explore ideas—any and all—and that is inspiring to me.”

Bridging the gap between fashion and interior design, Lagerfeld was also known for staging elaborate fashion shows at the Grand Palais in Paris for Chanel. His most ambitious stages included a recreation of the gardens of the Palace of Versailles for the Spring/Summer 2011 show, a supermarket for Fall/Winter 2014, a fully operational bar and cafe for Fall/Winter 2015, and an airport terminal for Spring/Summer 2016. Most recently, models presented Chanel’s Spring/Summer 2019 collection in the Grand Palais, set on a sandy beach complete with a boardwalk and lapping waves. It was a complete show-stopper, and the talk of Paris Fashion Week.

“I would like to be a one-man multinational fashion phenomenon,” Lagerfeld said of his ambitions. His life’s work culminated in his status as a global design legend, spanning far beyond the reach of fashion alone.