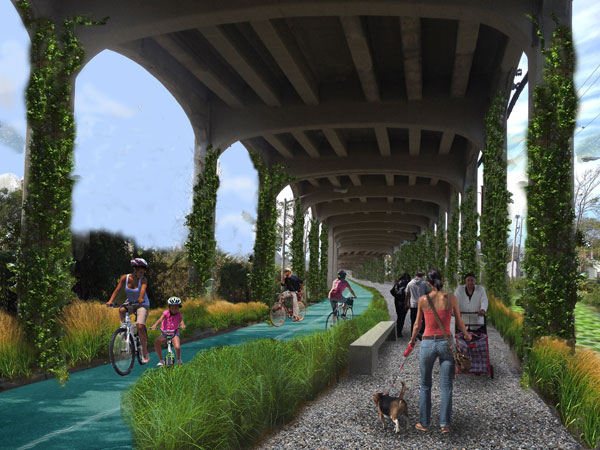 , best known for spearheading the High Line project in New York’s Chelsea neighborhood, last week released the results of a two-year study in partnership with NYC’s Department of Transportation.

examines the environmental and financial possibilities in the spaces beneath the city’s nearly 700 miles of elevated bridges, highways, subway tracks, and rail lines.


“Unlocking the potential of under the elevated spaces will capture the imaginations of communities across five boroughs and beyond,” says Design Trust’s executive director Susan Chin. “It paves the way for systemic change around our vast transit infrastructure.”


An area that totals almost four Central Parks currently exists under seven sites around the city.

proposes a diverse range of possibilities for development, from food trucks under the Gowanus Expressway to electrical vehicle charging stations under the Ed Koch Memorial Bridge.


Design Trust and the DoT engaged groups including the Chinatown Partnership and the Women’s Housing and Economic Development Corporation to ensure local communities would have input in changes to their neighborhoods. The idea, says Chin, is to “inspire solutions for tackling complex problems at the community scale, such as air quality, lighting for safety, masking sound and capturing stormwater, and it will build stewardship.”


A 128-page book of the study is now available

View of a fenced-off space beneath the tracks at Broadway Junction. Photo by DCP/Design Trust for Public Space. 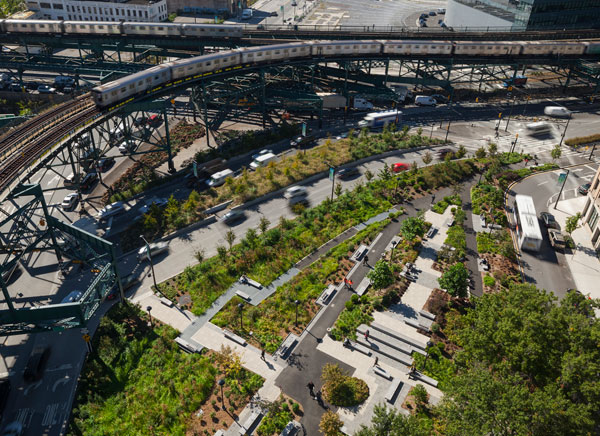