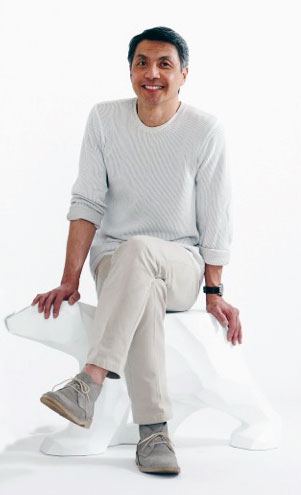 died on Monday, April 22, from a brain aneurism at the age of 54. Together with his wife, Deborah Moss, the Toronto-based firm’s co-founder, Lam was known for blurring the lines between fine art, illustration, applied arts, and furniture design. Lam worked in any and all media and ignored the limits of categorization.

Moss and Lam launched their firm in 1989 and swiftly cornered a market for dramatic, custom art pieces for a bevy of clients including international hotels, restaurants, retail and residential projects. The “Wave Wall” for the W Hotel’s

in New York is perhaps their most famous work. Inspired by the restaurant’s seafood theme, a double-height wall of hand-carved, Gobi plaster waves intrinsically merges with the restaurant’s interiors by

, one of Lam’s most frequent collaborators. 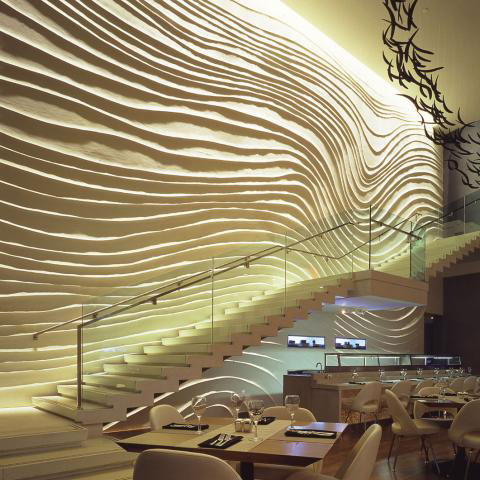 Lam met Moss while attending the

Ontario College of Art and Design

, where he originally studied painting but graduated in performance art and video. He began his career as a conceptual artist when that media was at a high in the late 1970s.

At the time of his passing, Lam was working on several large-scale commissions including an installation for

that will also be on display in the

, and a mobile for the

Deborah Moss, along with the dedicated employees of Moss & Lam, will continue to carry the firm and all of its projects forward. Lam is survived by his wife, Deborah, and his daughters, Charlotte and Poppy.