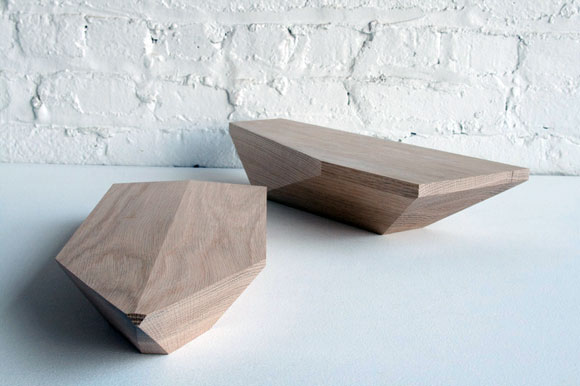 Dan Michalik of DMFD will present a series of boats made from reclaimed white oak in a piece named “The Advantage Goes To Those That Float.”

More than 25 New York-based designers are in the final stretch of an initiative to raise money for victims of Superstorm Sandy, which hit the northeast with high winds and massive flooding more than a month ago. The fundraiser, dubbed

, invited furniture designers and artists to use reclaimed materials and the flooding itself as inspiration for original work that will be sold in a silent auction at the 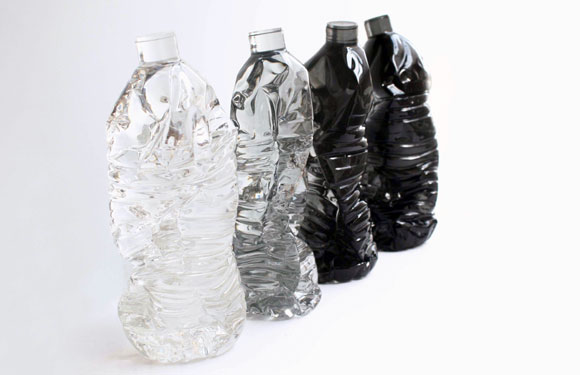 , are addressing the event’s theme, some bringing their personal stories from the storm into the design process. “Like most people in the path of Sandy, the first thing I did was to wait on line to stock up on water,” said Joe Doucet. “The irony that an excess of water was the cause of the destruction was not lost on me, and led to my project.” Doucet is casting solid acrylic forms from water bottles left over from the storm to create a piece called “Water, Water.” The nine forms range from clear to black, symbolizing the city’s deepening water crisis during the storm. 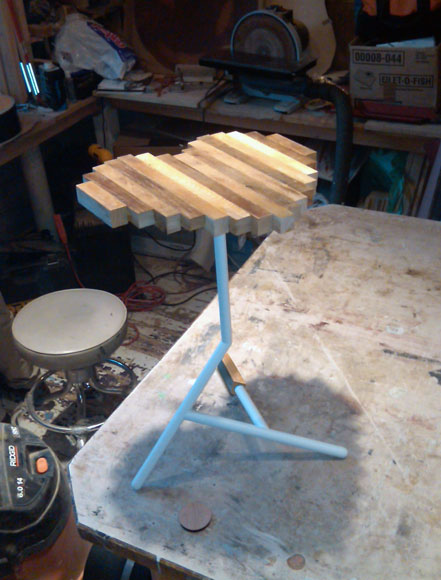 A one-of-a-kind reinterpretation of his 2011 Lovey Table for Ligne Roset, Brad Acalon’s “I Lovey NY” table has a reclaimed Cyprus wood top and leg.

will present a reinterpretation of his Lovey side table, which Ligne Roset launched in 2011. Named “I Lovey NY,” the table’s reclaimed lumber top is formed in the shape of Milton Glaser’s I Love New York heart. Another of the event’s designers, Kevin Burns of Long Island City, helped mill the table’s wood components, and

of Brooklyn lent his workshop for production. “This table truly symbolizes the spirit of our community and the extent to which people will come together in order to contribute to a great cause,” said Ascalon. 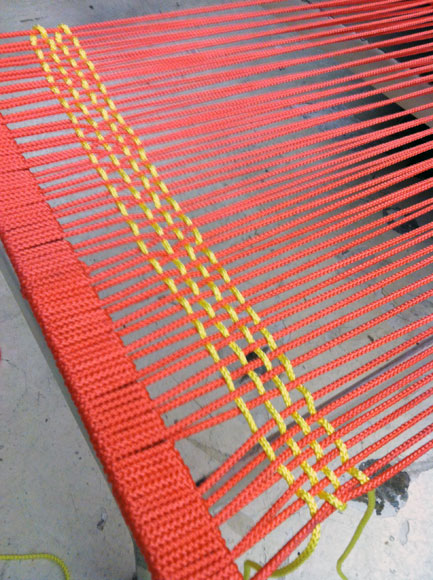 Suzanne Tick will incorporate techniques used in recent work, which includes a series of weavings using recycled Mylar balloons that have washed up on the shores of Fire Island, to refurbish a 1966 Richard Schultz lounge chair in a piece called “Faith (8/66).”

was going to throw away a 1966 Richard Schultz outdoor chaise that was damaged on the roof of her studio until she was inspired to refurbish the chair for the Reclaim NYC auction. “We’re doing a ‘fiber intervention’,” she said. She’s using the project to experiment with new hand-tied suspension upholstery techniques and color blocking with bright polyester yarns. The piece will be named “Faith (8/66)” after Hurricane Faith of 1966, a storm famous for traveling the longest distance of any tropical cyclone on record.

Participating Designers as of December 11, 2012: