Watching the clock for a favorite TV show to start may be a thing of the past, but the segments on DesignTV by SANDOW might just change that, provoking an alarm to be set for 1 p.m. EST Mondays through Thursdays to catch programming as it airs live. With three different episodes this week, Interior Design‘s segments on DesignTV by SANDOW introduced viewers to a range of talented creatives in and out of the design community. Take a look at this week’s recap. 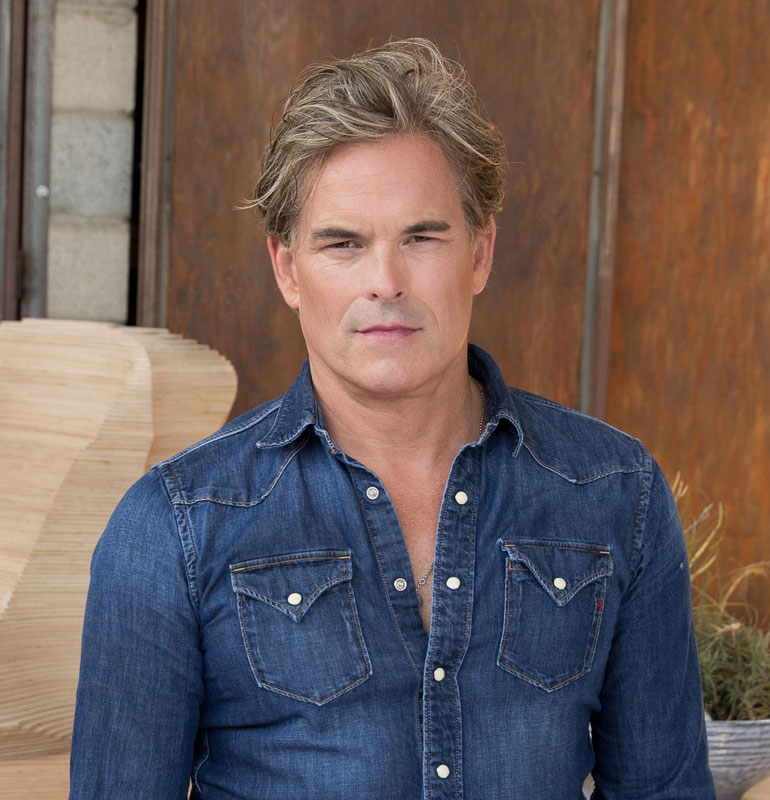 Making a big mark for the first segment of the week, Cindy Allen, Interior Design Editor in Chief, interviewed Patrick Tighe for an installation of Design Giants. First, in a pre-taped video made for his induction into the Interior Design Hall of Fame, viewers saw the ins and outs of one of the most well-known Los Angeles architect and designer’s career. From working with Frank Gehry to innovative designs that play with angles and light, an intense sprayfoam period to stools moulded to one’s derriere, Tighe Architecture is committed to pushing the envelope with design. Simply put by Tighe, “we strive for great design.”

Cut to Allen and Tighe in conversation via webcast from their respective homes. One project that’s been keeping Tighe busy is moving his office down the street to a warehouse. However, the Tighe Architecture team continues to work on the many residential and housing projects they had started across Los Angeles pre-COVID-19 from home. “It’s a cautious time, but on the other hand I remain optimistic,” Tighe said, adding that he has been able to keep his whole team.

A few weeks ago, with credit to some University of Southern California facilities, the Tighe team started 3-D-printing masks for nurses and other front-line workers. “It’s not a huge contribution, but it’s something,” and something to smile about for sure. After being provided with an open-source file from a professor, Tighe went to his rolodex of peers and enlisted those with 3-D printers to help. He noted that his wife is a nurse, so this initiative was a deeply personal one, too. The number of masks they have created to date are in the thousands now, which is certainly more than just a drop in the bucket. 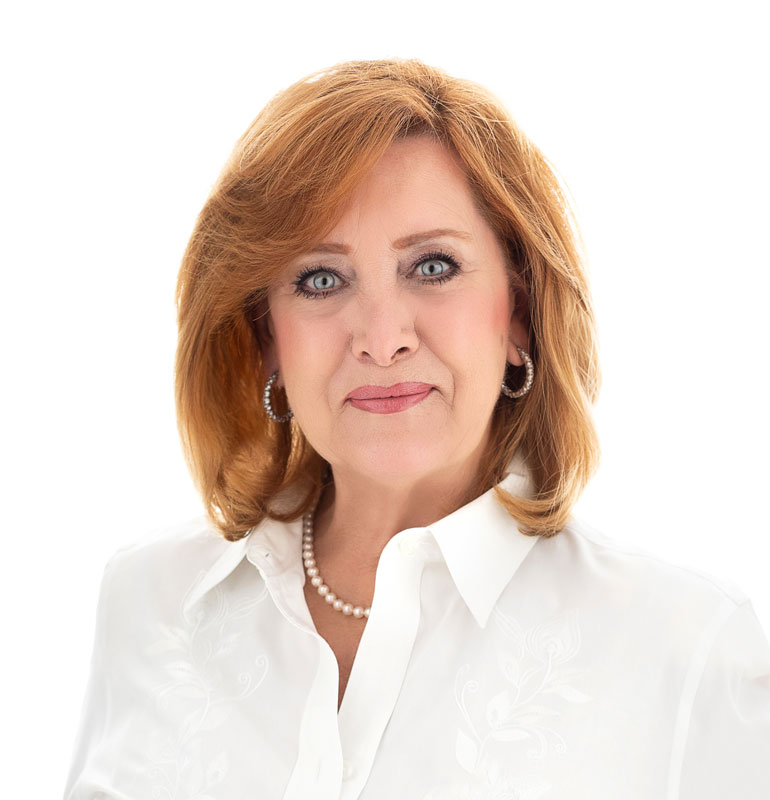 Tuesday’s segment, titled NKBA Live: Oh Canada! featured three women from the kitchen and bath industry who had a chat with Allen. “The Queen of the NKBA,” is what Allen calls Suzie Williford, a long-time friend and more recent collaborator. After reminiscing about this year’s Kitchen and Bath Industry Show, Allen and Williford looked ahead to the events that are going digital. Submissions for the NKBA Design & Industry awards, an industry-favorite party and career catalyst, are open now. Allen pointed out what’s so great about this event is that members and non-members of the NKBA alike are able to submit, making it an award event that has a widely represented pool of talent. 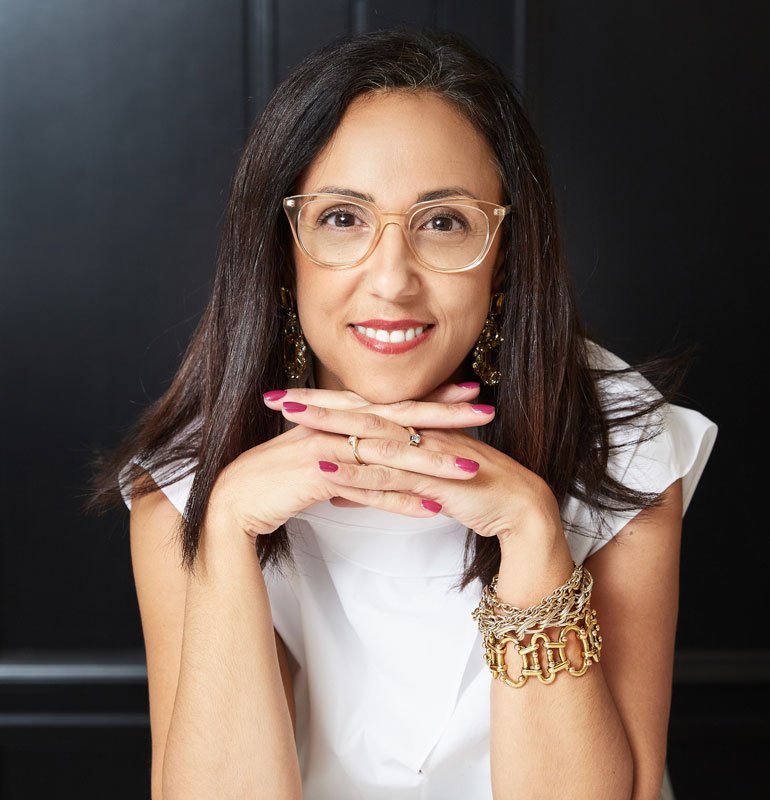 Canadians Nyla Free, founder of Nyla Free Designs, and Michelle Miazga-Hall, founder of Port + Quarter, then joined Allen and Williford to discuss their submissions to the NKBA Design & Industry awards. Free’s project was a winner in the “Small Space Kitchen: Contemporary Design” category, representing the Prairie Provinces (Alberta, Saskatchewan, Manitoba) Chapter of the NKBA. “Our clients really are quite global and are inspired by a bunch of different things,” Free remarked about trends in Canadian design. One of the most interesting features of her award-winning kitchen is a black box that extends from the inside of the home—one wall of it being cupboards and the master suite within it—to an exterior cantilever. “This project really signifies a good relationship between an architect, designer, and client,” Allen pointed. Free said “a close relationship” enables really great creativity, in fact, her team collaborated closely with the millworker who produced the black wood used for the box. “The judges had a hard time making their decision this year,” Williford said, “no matter what the project, the quality is so high…to see that kind of design—what a great gift!” 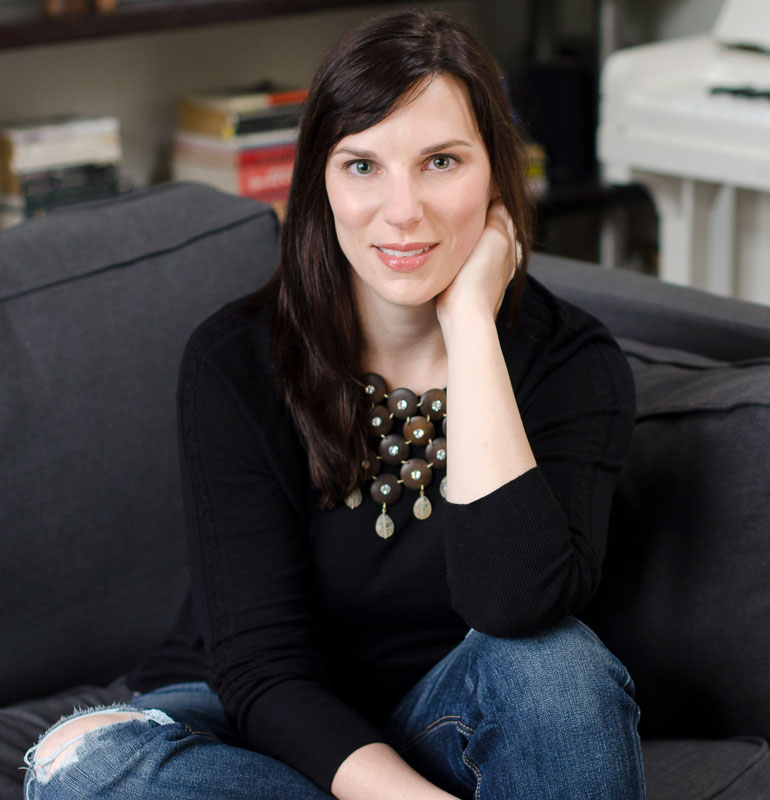 Next, British Columbia chapter member Miazga-Hall walked viewers through her powder room, an overall-winner and her first submission. “The exposure, the cash prize, it’s really, really amazing,” Miazaga-Hall gushed, urging people not to be shy and submit. The project was done for a client’s private home and achieved his retirement dream of combining two water-front apartments into one. The client wanted the powder room to be the “wow factor” of his house because it’s the spot always frequented by guests. Miazaga-Hall certainly made it pop with a custom concrete troff sink and floor-to-ceiling mosaic behind it with flashes of gold and marble. Everyone agreed on is how important it is to have a good rapport with clients—no masterpiece is done alone. 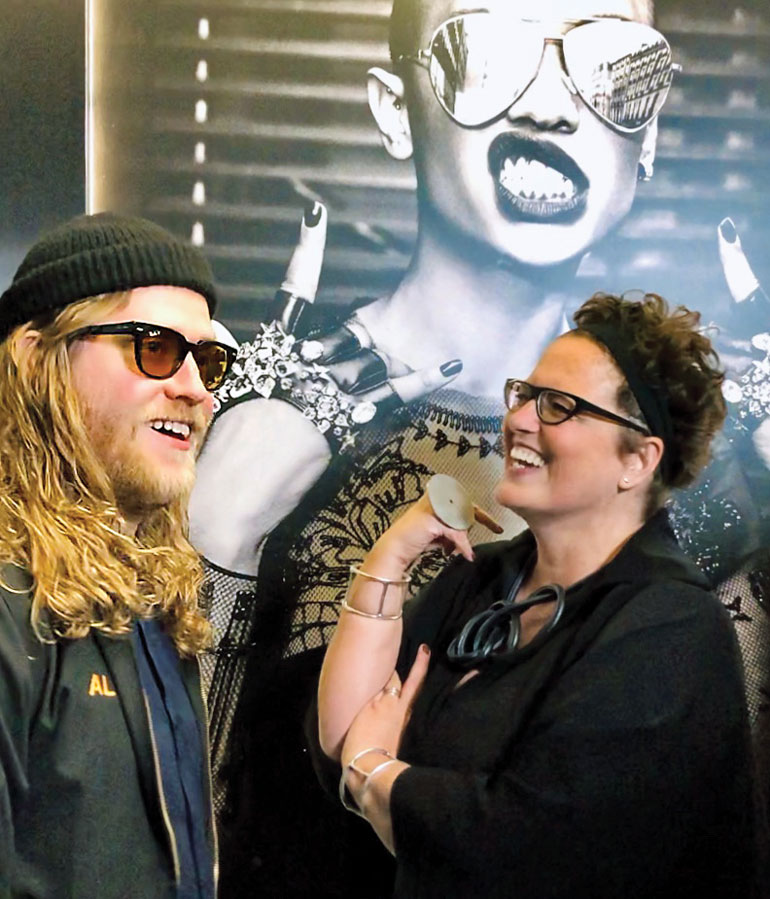 On Wednesday, well, we turned things up with the newest DesignTV by SANDOW segment called Creative Voices, which featured a conversation between singer-songwriter Allen Stone and Interior Design Editor in Chief Cindy Allen. “Designers live a creative life 24/7 and get inspired by all the arts, heck, we even publish entire issues on fashion and art, so I knew pairing design and music would be a winning combo to kick off our new series,” said Allen. And Stone certainly delivered, joining Allen from his attic-studio in a renovated early 20th century building in Washington state—the perfect backdrop for a conversation about design and music.

Throughout the segment, the two chatted about finding inspiration in their respective fields and adapting to the new normal, pressing issues for all creatives right now. “The gravity of this thing [the pandemic] is making me pivot as a musician and artist and businessman,” Stone told Allen, decked out in orange shades and a newsboy cap. “How do I figure out how to still connect with this fan base that I love and that I’ve built over the last 10 years?” This very question, of course, was nowhere on his mind when he and Allen first connected earlier this year at the newly opened Fotografiska New York—a striking photography museum designed by CetraRuddy. A film clip from that moment, featuring some impromptu duets between the two, aired just before their live virtual chat. 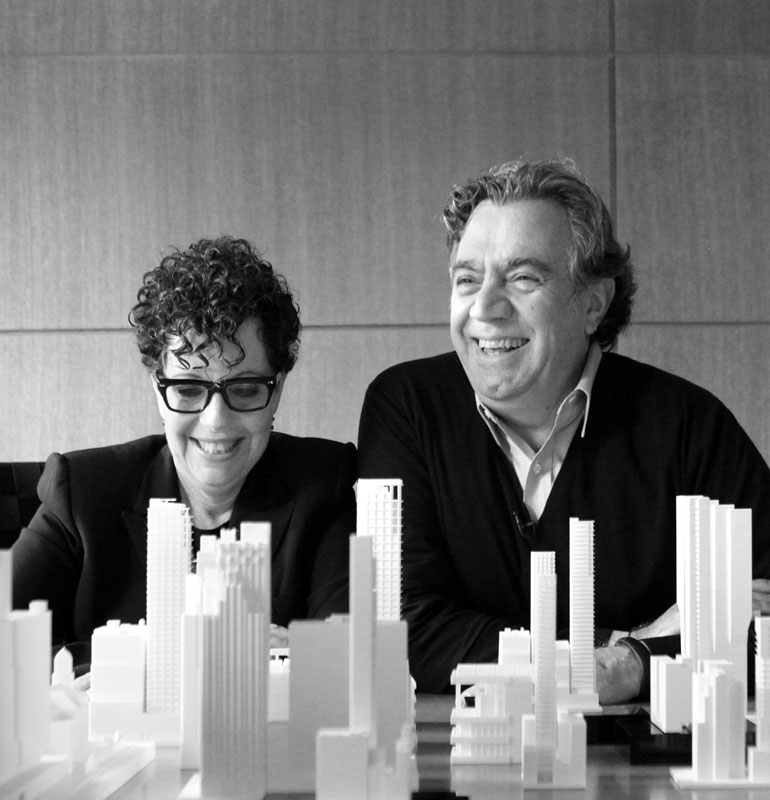 Following the Creative Voices segment, the stimulating discussion continued with Interior Design’s “Design Giants” chat on DesignTV by SANDOW featuring none other than John Cetra and Nancy Ruddy of CetraRuddy. Speaking about their work on Fotografiska, the pair gushed over the building’s bones and the opportunity they recognized within them. Ruddy smiled as she talked about the joy of being able to “take that little jewel and reimagine it and give it back to the city.” Mission accomplished.