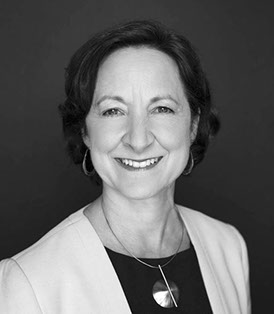 The restaurant business—especially in New York City—can be a fickle one: One day you’re the darling of the food critics and earning culinary awards left and right and only a few years later you’re out of business or sold to a new investor. But what if you’re the firm that designed the restaurant and garnered accolades for the space? What happens to the materials that were so carefully selected to create an ambience that complements the dining experience?

That was the topic tackled by Dr. Carol Bentel, partner in New York-based Bentel & Bentel Architects and chair of BFA Interior Design Department at the School of Visual Arts, who as a speaker at Design Talks 2019—a free series of lectures hosted by Design Pavilion NYC  as part of NYCxDESIGN events—offered up some sobering statistics: On average, restaurant design endures just seven years.

Bentel also showed a video of what prompted her to study the subject. It was of a 2017 “graffiti party” hosted by the new owner and chef of Eleven Madison Park, Will Guidara and Daniel Humm, as they covered the walls with scrawls of paint before a gut renovation began on the space that Bentel & Bentel had originally designed for restaurateur Danny Meyer in 1998.

The architect looked at the other restaurant projects the firm had designed—58 in total—and learned that just 41 still exist, which meant that almost one-third were gone. This, she noted, begged the question: “What happens to all those materials?”

She then detailed how her firm altered designs requested by clients to maintain certain quality materials—walnut flooring in the Rouge Tomate restaurant at 10 East 60th Street (since closed) and marble slabs and monumental bronze columns in the lobby of the Grand Hyatt New York (now slated to be demolished in 2020 for a new hi-rise)—their demises further driving home the notion of modern design’s impermanence.

But Bentel also offered ideas for creative re-use. These included dismantling techniques that don’t destroy materials; reusable surfaces for walls, floors, and ceilings; panelized systems; enduring materials that defy the need to toss; reexamination of prefab ideas; and building with obsolescence in mind.

She also put out a call to the design industry to “cherish the endurance of good design,” create prizes for “saving the existing,” and develop something akin to City Harvest, the program started in 1982 that collects unused food at restaurants (now 61 million pounds annually) to distribute to New Yorkers struggling to put food on their tables.

Bentel closed by noting that although the disposable design trend won’t end, “maybe we can slow the destructiveness and wastefulness down” by doing three things: resisting fads, embracing authenticity, and striving for timelessness.