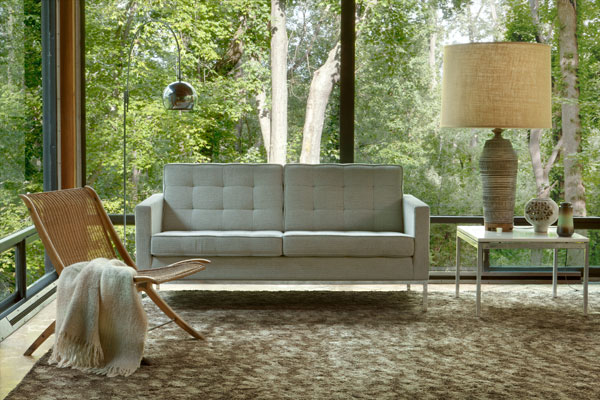 Edward Fields was known for a lot of things—elaborate floral stairway carpeting custom-fit for each step in a flight; wide swaths of undulating patterns in psychedelic colors; carpeting the White House under every president since JFK—but subtlety isn’t one of them. Yet perhaps it should be.

’ director of design and creative development, the fabled company has launched a reissue program called The Legacy Edition. “[It’s] a tribute to Edward Fields’ signature craft and expertise during the most understated chapter of the brand’s heritage,” Benazzou says.

Understated, certainly, but still innovative. Fields’ unerring sense of color is here often embodied in juxtapositions of deniers, so light and shadow create shades of blue, taupe, grey, and Bordeaux. Materials create their own patterns, as well—jute, sisal, and flax offer texture for the light to change.

Neutral renditions of favorites from the 1930s, 50s, 70s, and 80s are complimented by a few new patterns, ensuring new markets will be floored by Fields’ legacy. 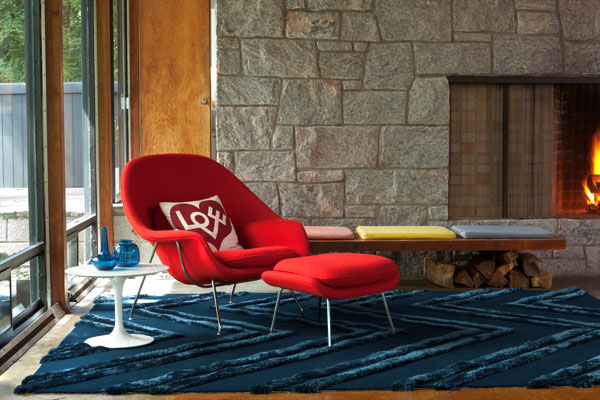