The design industry lost one of its most creative and daring visionaries with the death of Pritzker Prize winner Zaha Hadid in 2016. Hadid passed away in Miami, her second home and the location of her last project, One Thousand Museum. Hadid’s computer drawings of the building have just been released exclusively to Interior Design.

The sinuous, 700-foot-tall skyscraper is the firm’s first in the Western hemisphere. It will contain 83 residential units over 62 floors, including one duplex penthouse. Hadid had a hand in designing the building’s structure and envelope, as well as the lobby and amenity spaces. The skyscraper is slated for completion in late 2018. 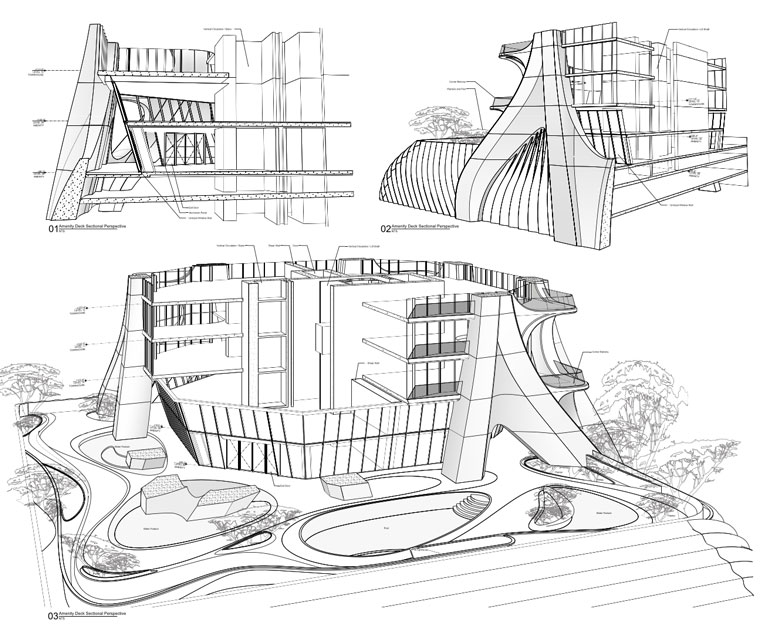 Much has been written about One Thousand Museum’s use of glass fiber reinforced concrete (GFRC) and a detailed exploration of the construction process will be featured on the Discovery/PBS documentary “Impossible Builds”, but the ingenuity of the structural system merits another mention in light of the destruction wrought by Hurricane Irma last month.

“The structure is very robust,” explains project director Chris Lepine, alluding to the fluid GFRC exoskeleton, the world’s first. “We designed it to have diagonal structural members that node out at key points in the tower. This gives it a lot of strength and rigidity.”

The glass fiber acts as a formwork that encases the building in flowing lines of crisp white. To provide additional support, lightweight concrete is poured inside this casing with steel rebar. It’s a brilliant synthesis of structural and aesthetic demands, creating an image of fluidity on the exterior while allowing the building to be essentially column-free within. 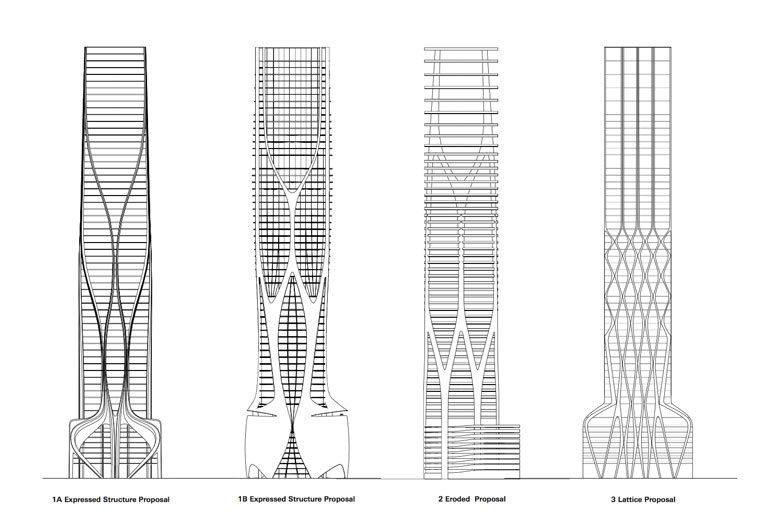 With regards to extreme weather, the team gave the top of the tower the most attention. “We put the panels through a lot of wind tests to make sure they would resist downward pressure as well as uplifting winds that could rip them off,” Lepine says. “We feel quite confident that the structure will be there for a long time.”

Construction began in April 2015. According to Lepine, Hadid was pleased with the progress of the first few levels. Since her death, both the design team and the developers have worked to assure that her original design is carried out exactly as envisioned.