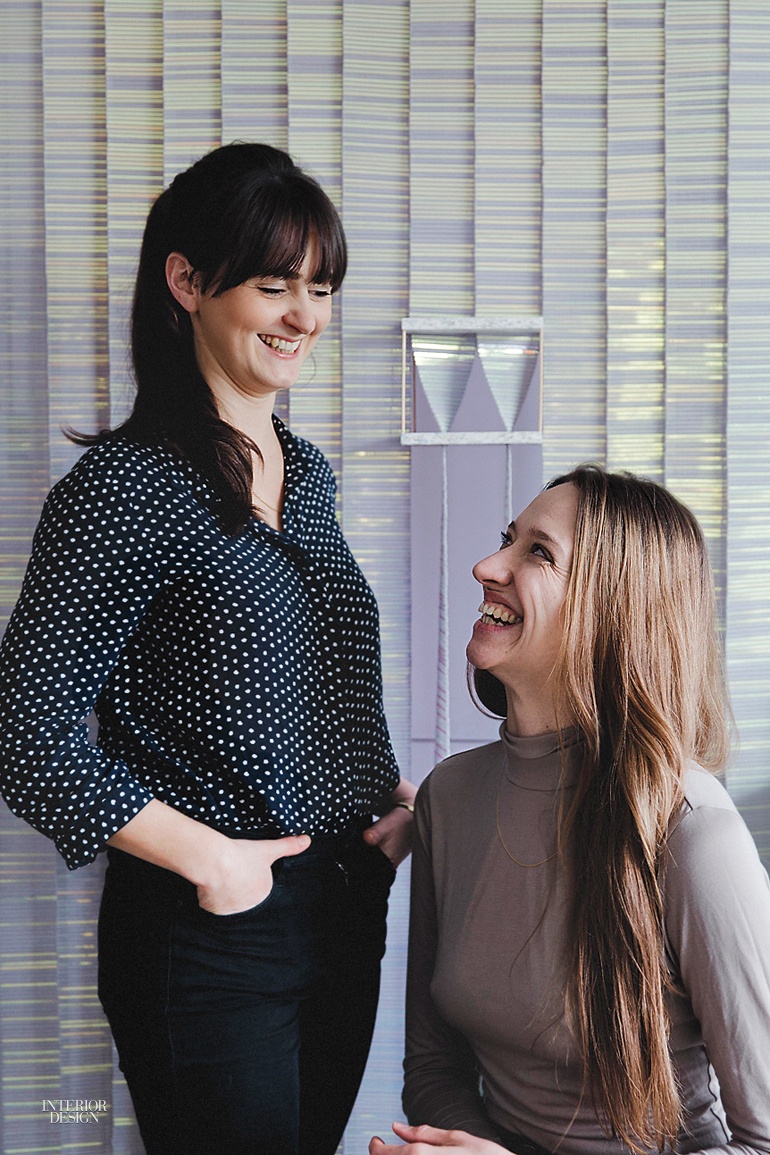 Hosted by London’s Saatchi Gallery and presented by the U.K.’s Crafts Council, the Collect contemporary-art fair has an experimental offshoot, Collect Open. And this year’s was decidedly female-focused: designer Faye Toogood was the lead curator, and all but three of the 15 exhibitors were women. The largest installation, Curved Twist, was by textile designer Fay McCaul and industrial designer Kia Utzon-Frank.

“Although we’re in different disciplines, we both work with light and transformation,” McCaul says. They combined their fields of expertise to laser-cut thousands of acrylic rods, wrap them in dichroic film, slip them into sleeves of knitted Italian cotton, and stack the results to form an 8-by-10-foot freestanding screen that was not only color-changing but also interactive. Visitors could slide a plastic mechanism, made from recycled yogurt containers, up and down to manipulate the rods. Utzon-Frank compares it to twisting a bamboo sushi mat.