From a lush plant-filled room to speakers rumbling with city street sounds, a few newcomers are making waves at “Common Ground,” the architecture edition of the

, on view through November 25. This year marks the debut of four new countries: Angola, The Republic of Kosovo, Kuwait, and Peru. And while much of the buzz is around

, these new voices add an intriguing commentary to the conversation.

Which is your favorite? Keep reading and let us know in the comments. 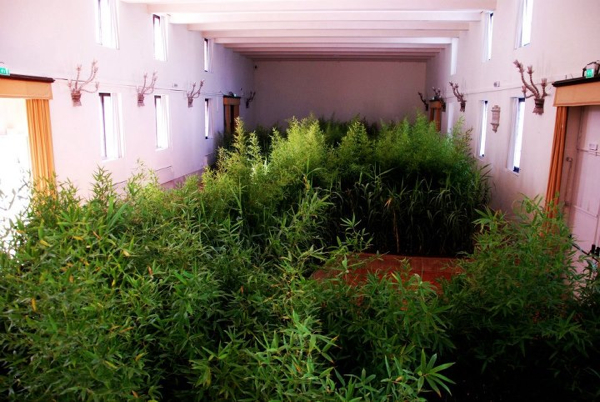 is behind a lush plant-filled that captivated visitors. Curated, designed, and produced by Beyond Entropy Ltd, the vibrant retreat is titled “Beyond Entropy Angola.” The 1:1-scale prototype offers a proposed urban solution for highly-populated areas of the country’s capitol city, Luanda, and integrates public space, water filtration, and biomass energy production. Says director Stefano Rabolli Pansera, “‘Beyond Entropy’ suggests a new form of discussion on the state of urban transformation in Angola, which could become a leading example for other African nations.” 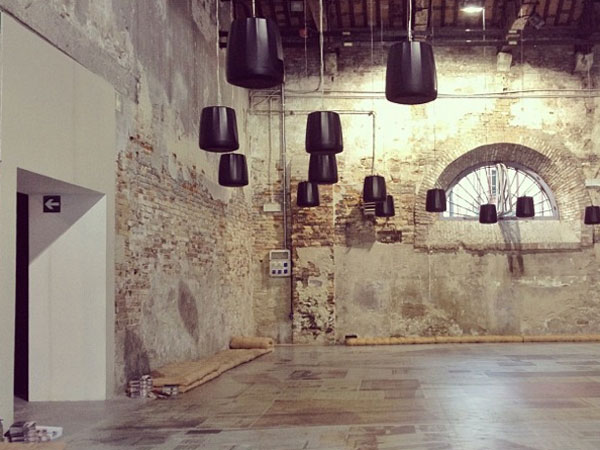 a gathering space curated by Zahra Ali Baba. Taking advantage of the decayed beauty of the Arsenale venue, the exhibit is a mostly empty room, punctuated by pendent speakers – from which sounds of Kuwait City rumble – hanging from the ceiling and cushions for lounging on the floors. 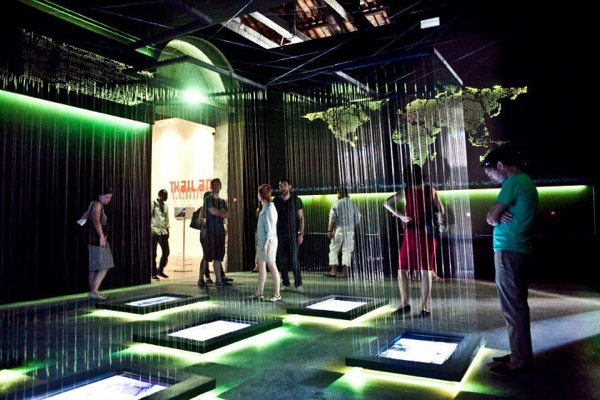 
is a multimedia presentation of screens projecting images and an orderly arrangement of wires descending from the ceiling. The interactive exhibit allows visitors (and anyone with internet access) to select “architectural and urban landscape images from the country on provided iPads, and linking them directly to a sentiment: happiness, sadness, entrapment, excitement, freedom, or anger,” notes press material. 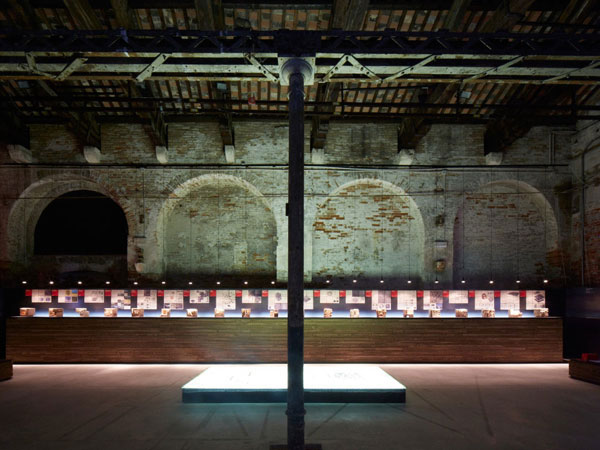 “Yucún or Inhabit the Desert,”

curated by Enrique Bonilla Di Tolla at the Arsenale. This year, the country opened a 20-km tunnel crossing the Andes. The tunnel brings water from the Amazon basin to the Pacific coastal desert for the first time – a move that will drastically change the barren landscape. Drawing together 20 Peruvian architects, the exhibit proposes “urban and architectural dwelling strategies to tame the desert landscape that reflect the millenary Moche legacy,” according to press material.