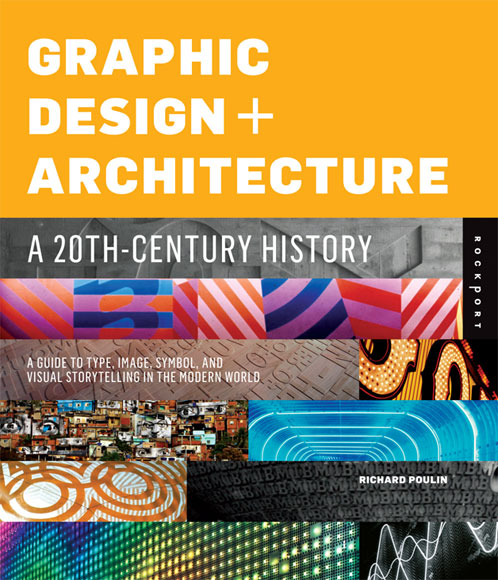 In the beginning was the word, and it was good. In the 21st Century, there’s environmental graphic design, and it’s often pretty good, too. The development of this discipline—roughly speaking, the intersection of architecture, landscape, and graphic design—is the subject of

a volume out this month from

Charting a path from 13000 B.C. French petrograms to 2010’s photographic mural roofs by artist JR for Rio de Janeiro favelas, Poulin offers thumbnail sketches of relevant aesthetic and technological innovations over the years. The guide is firmly oriented toward the West (Egypt is mentioned for its ancient Hieroglyphics; from then on, Africa is more or less ignored, as is most of Asia including, oddly, Japan.) and relatively apolitical. 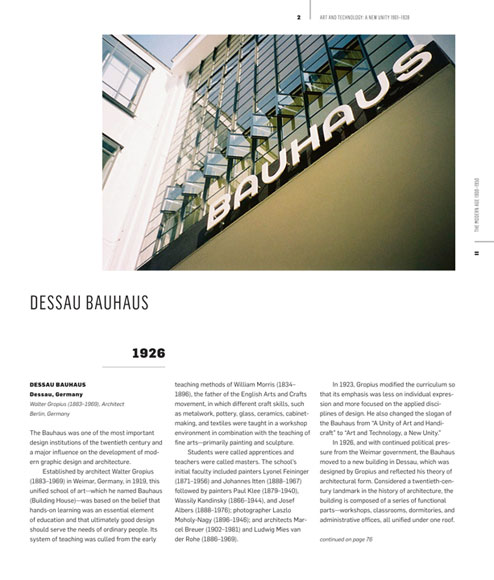 The chapter “Art and Technology: A New Unity 1901-1928” includes the Bauhaus movement.

But Poulin does a fine job of tracing lineage—showing the development of text and symbol use on building facades, for example, from inscriptions on the Roman Arch of Titus through the crop-art décor of South Dakota’s 1892 Corn Palace to the live dancing girls on New York’s 1929 Hollywood Revue Marquee.

One wishes Poulin went a bit further afield geographically, or ventured into the worlds of product design and fine art (Barbara Krueger, for example, is well-worth a mention.) But

is a worthy beginning. And if it’s more coffee-table fodder than religious text,

still offers much to build on.