From the Web: The Industry Mourns the Death of Oscar Niemeyer

Iconic Brazilian architect Oscar Niemeyer died yesterday in Rio de Janeiro, Brazil, at the age of 104. Here, we offer a look at how the industry mourns his passing from around the web:

has compiled an extensive list of his major works

, and also showcases a few of his most inspiring quotes about architecture and design

, including: “I deliberately disregarded the right angle and rationalist architecture designed with ruler and square to boldly enter the world of curves and straight lines offered by reinforced concrete. […] This deliberate protest arose from the environment in which I lived, with its white beaches, its huge mountains, its old baroque churches, and the beautiful suntanned women.” 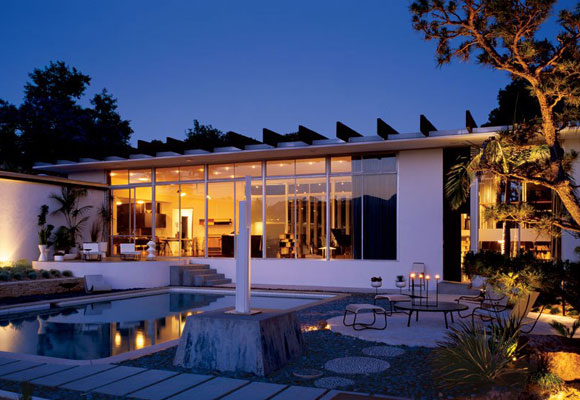 The Santa Monica house Nieymeyer designed in 1963, his only residence in the U.S. Photo by Scott Frances/Architectural Digest.


remembers the architect through his published work, highlighting a luscious Santa Monica house he built in 1963


provides the most comprehensive obituary, concluding with the powerful quote, “Humanity needs dreams to be able to survive the miseries of daily existence,” he once said, “even if only for an instant.”

zooms in on the benefits of not only of living but of working until the ripe age of 104, and remembers the communist architect’s belief in

reports on how his native Brazil responds to the loss

, and notes that his remains will be buried at one of his own designs, the presidential palace in Brasilia.