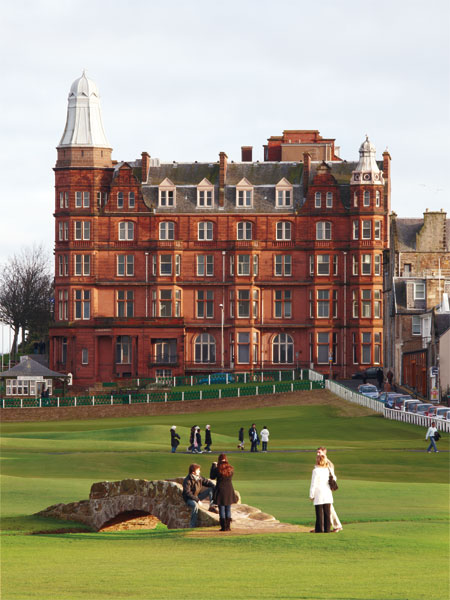 , the Wisconsin-based furnishings and bath fittings behemoth that owns everything from brands like

to championship golf resorts in the U.S. and Scotland, is returning to the latter’s North Sea coast to rejuvenate the historic

The fabled seven-story structure stands in St. Andrews, where shepherds in the 12th century first invented golf by using their crooks to knock stones into rabbit holes. Built of red sandstone, the former Grand Hotel created a sensation when it opened in 1895 as the first building in Scotland to have a pneumatic elevator and hot water running in every room. The structure’s distinctive bell-shaped dome overlooks the 18th green of the Old Course, perhaps the most famous golf course in the world, and is adjacent to the West Sands beach, site of the 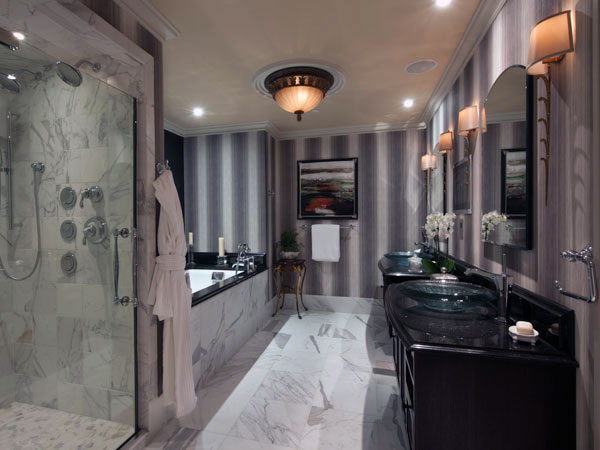 It played host to the Prince of Wales (later Kind Edward VIII)—who enjoyed exclusive use of the building—along with Mary Astor, Douglas Fairbanks, Rudyard Kipling, and Bing Crosby. Transformed into training headquarters for the Royal Air Force during World War Two it then became a dormitory for the University of St. Andrews and stayed that way for 56 years.

Now, says Debbie Taylor, president of Kohler’s hospitality and real estate group, “Hamilton Grand will be a unique real estate opportunity for those who want to own a home in the birthplace of golf—its holy grail—and a premier destination that is rich in history. We are looking forward to restoring the building and returning a piece of Scottish history to its landmark status.” A spun-glass sink and polished chrome fixture in the master bathroom. Image courtesy of Kohler Co.


Of course, Kohler’s signature plumbing products will be included in each residence. The interiors are being designed by Kohler’s lead in-house interior designer, Jack Reese, who took his inspiration from the Hollywood Regency designers Billy Haines and Dorothy Draper as well as silent movie set designers like Cedric Gibbon and Josef Urban.

The building will also feature a private lounge for residents, a restaurant and bar, and a private function suite. Its two-, three-, and four-bedroom apartments, expected to be fully completed by next spring, range in size from 1,133 to 2,780 square feet and are available either unfurnished or fully furnished with furniture from Baker. 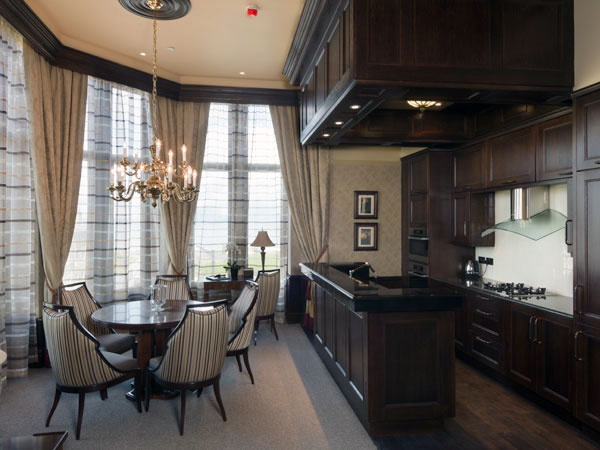 A spun-glass sink and polished chrome fixture in the master bathroom. Image courtesy of Kohler Co.