Have a Ball: Leo Villareal for Madison Square Art 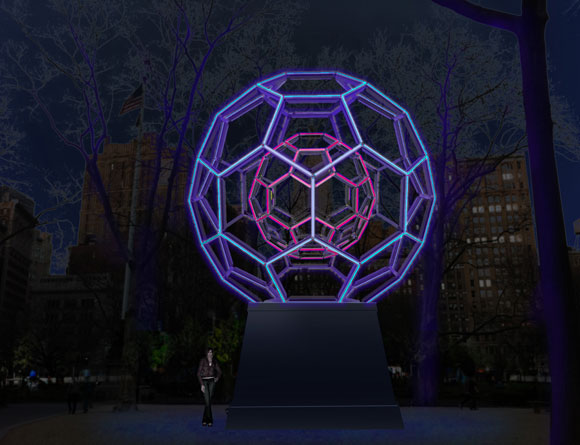 Is it science or art? New York’s

, a towering thirty-foot tall sculpture which will be on display in Madison Square Park through February 2013. New Yorkers may have glimpsed the on-site installation process over the past couple of weeks, though the piece is slated for official unveiling this Thursday, October 25.

Composed of 180 LED tubes arranged in a series of pentagons and hexagons, the work takes the form of a Carbon 60 model. The organic molecule, originally discovered in 1985, is named for American architect Richard Buckminster Fuller, whose geodesic domes mirror the microscopic spheres. The form is commonly called a buckyball and illustrates the incredible complexity that can be found in nature. Measuring an infinitesimal one nanometer in diameter, the shape is blown up and set on a pedestal for the public to admire. Villareal comments on the form, saying: “Geometry has a certain elegance and this elegance underlies the structure.”

If the shape itself itself isn’t enough stimulation, light is introduced to the sculpture. Each LED pixel is capable of displaying 16 million different colors. Lights in the sculpture will randomly switch color and intensity, making for a rousing and unpredictable light show. Villareal likens the sculpture to a modern-day campfire as viewers gather around the flickering lights. Those especially captivated can take a seat in the zero-gravity couches that will surround the piece. 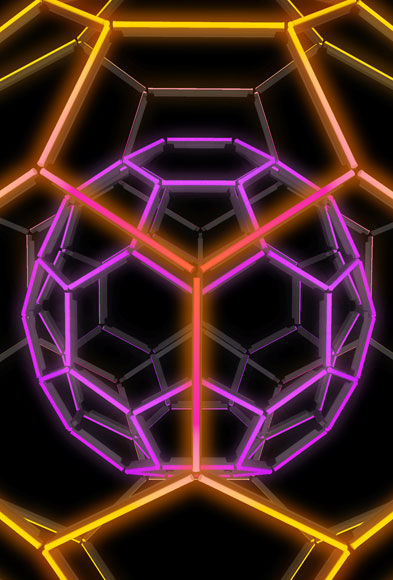