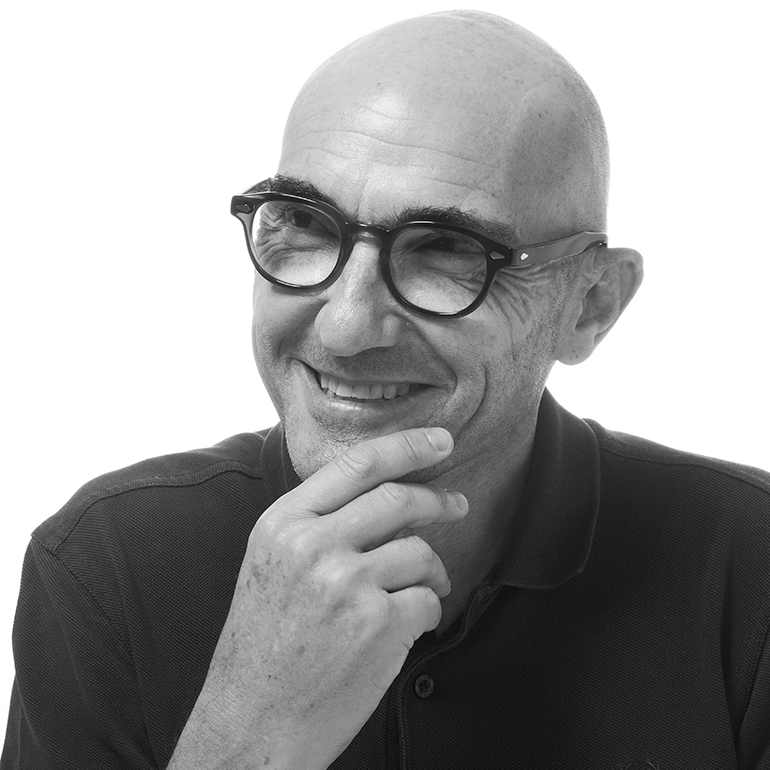 Today’s edition of Hello Cindy! may as well be called Hola Cindy! as the guest of honor, Martín Lejarraga, joined from Cartagena, Spain. The founder of his eponymous architecture firm, Lejarraga is the only one in the office when he joins Interior Design editor in chief Cindy Allen for a virtual chat. Besides immaculate taste in eyewear, the pair also share a knack for dishing out inspirational and insightful thoughts.

The 2 p.m. start time in New York is an 8 p.m. start time in Cartagena, the time at which everyone opens their windows to cheer in support of frontline workers. Health is a main concern for Spanish citizens, followed by thinking about how they can improve their environments. “We discovered we are not connected with our houses, streets, and cities,” Lejarraga noted. For him, now is a time for looking forward, trying to make positive changes to the function and aesthetics of urban design and architecture.

Lejarraga’s team is working from home, meeting online, and trying to carry on all their work. “It’s not so easy!” he laughed. The team headquarters, where Lejarraga joined from, is a port-side office—on the banks of a port that has seen trade and travel for 2,000 years—and has many of his signature design elements. “I’m trying to connect with mother nature,” sums it all up. Beyond the lush fauna in and around his office, there is a miniature glass box on the facade that acts as a small exhibition space and window into the office. “It’s open 25 hours a day!”

And the beat goes on—the Lejarraga team thankfully has a range of summer projects lined up. Allen pulled up some site pictures, including an exterior of a house mid-renovation as well as palaces in Granada, which the firm adapted to be housing for university students in the city, while Lejarraga talked the viewers through them. Much of Lejarraga’s work, it turns out, demands working closely with local authorities and restrictions on historical buildings. He explained wanting to maintain historical and original architecture, adding that to “build and add on top of it” is a very sustainable option. His personal and professional resilience is all rooted in a deep love for Spain; another one of his firm’s summer projects is a sunlight-flooded mall for local shops only.

“Spain is a country with a lot of creativity,” Lejarraga said, adding that he hopes to see the country’s architecture and design industry come together as one strong unit in the near future.  As for now, he sees living in this particular historical moment akin to being in a maze instead of being in a tunnel searching for one end. “Understand the labyrinth, don’t look for the exit,” he advised. To end the chat, Lejarraga took Allen and the viewers outside to showoff the beautiful Cartagena sunset through his screen.