Marking a major milestone for both companies,

is taking ownership of

for approximately $156 million. The two companies credit their shared dedication to authored design, product innovation, and operational excellence as key factors in the acquisition.

asked industry leaders to weigh in on the sale and what it means for the design world—and found that many of them trusted in the companies’ shared values.

. “Between that and the Alexander Girard connection I can’t think of a better marriage. I have the utmost respect for the people in the Maharam Design Studio and I am excited to see where this merger leads them.”

, also expressed confidence in the merger’s future. “Even if in the majority of the cases, the reasons for consolidation have more to do with pure numbers than with the improvement of our industry, the strong design history and focus of Herman Miller and Maharam have the potential to address both subjects equally—and I believe they’ll do it,” says Braga.

. “I toured the Maharam studio in New York with Michael in January and was impressed with their visible commitment to design—from Michael’s own private collections, to the new product introductions. Herman Miller seems to be focusing on upping their game (which has always been good) in textiles,” Light adds. 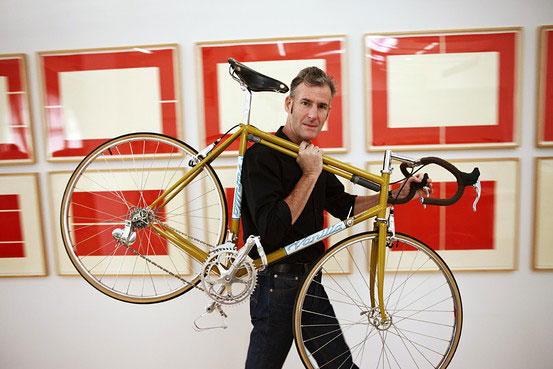 Maharam will retain it’s company name and present leadership, with Michael Maharam, CEO, and Stephen Maharam, COO, staying at the helm for the next two years while existing senior management prepare to transition into expanded roles.

“The timing is always right for strong and sensible partnerships—this one is both obvious and highly rhythmic,” says Michael Maharam. He adds that the sale was prompted by “the reality of generational transition in a family business coupled with the good fortune of blue-chip circumstance.” He hopes the sale will achieve “stability for our staff and clientele, ongoing autonomous authorship, and opportunity for enhanced creativity, resources and reach.”

New York-based Maharam, a leading commercial, health-care, and residential textile designer and supplier, has remained a family-owned company since its founding in 1902 and today employs 250 employees. Herman Miller expects the acquisition to immediately increase its earnings, development capabilities, and product offerings, including an acceleration of the company’s Collection initiative and opportunities in consumer and commercial markets.

“This is a relationship that works at every level,” Brian Walker, CEO at Zeeland, Michigan-based Herman Miller, says of the acquisition in a statement released by the company. “Together we represent more than 200 years of business success and the strongest design brands in our industries, with the opportunity and ambition to extend our joint reach into exciting new arenas.”