History in the Making: LGBTQ+ Designers Share Thoughts on Pride in Monumental Year

This year, Pride hits different. June, which marks the anniversary of the 1969 Stonewall riots, typically heralds in a wave of Pride parties and parades across the country, commemorating strides made to improve visibility and rights for the LGBTQ+ community. But the police brutality that led to the death of George Floyd in late May and the global protests in support of racial equality that followed, brought Pride back to its roots, expressing solidarity for those most vulnerable to injustice, including black trans individuals. As people continue to take to the streets, we asked LGBTQ+ designers, architects, and artists to share their thoughts on what Pride means in this historic year marked by isolation and activism, and a Supreme Court victory that protects the rights of LGBTQ+ people in the workplace. 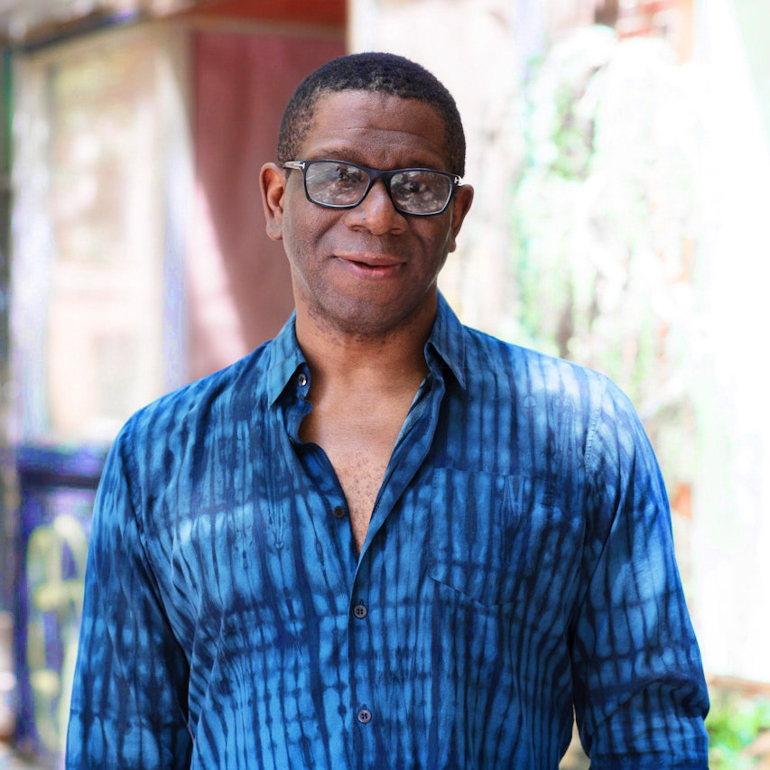 In 2020, freedom of expression is more relevant than ever.  Industry leaders have learned that celebrating the equality of race, gender, sexual orientation, and identity is both morally correct and good for business. The creation of niche guilds, such as the Black Artists + Designers Guild, have helped spur this worldwide awakening. And what better industry to explore the merits of diversity than design? As a designer, my goal is to create unique, colorful stories and visuals to enhance the world around me. And the more that the world supports me, the better able I am to do my work and create beautiful things. 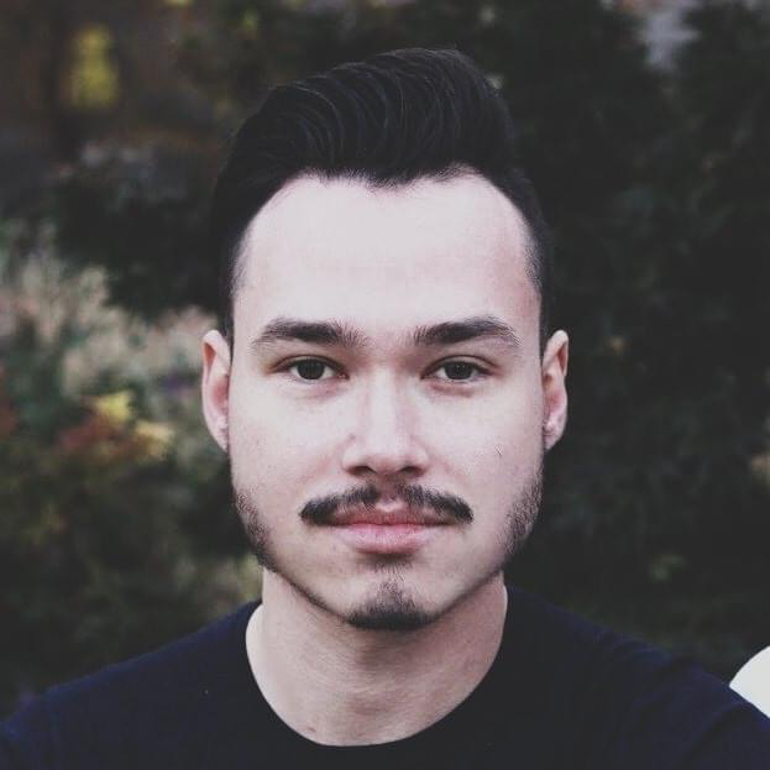 Pride fundamentally began as a protest against police brutality. Fifty years later that fact has never been more prescient in the midst of the current cultural moment. For me, Pride is exactly what it is supposed to be this year: a protest. Black trans women are responsible for starting Pride in 1969; two black trans women were murdered this month in the year 2020. I’m angry and this year’s Pride will be about that anger; an anger not for “me” but for all of us… Design is inherently political. Nothing gets created in a vacuum which is why we must be hyper-critical of the implications of every design decision. It’s necessary to be abrasive in this approach. I’m reminded of the late Larry Kramer who was considered by many of his peers to be “too loud” in his method of activism. But it is that exact tenacity that the design world could benefit from. We need every LGBTQI+ designer to claim their seat at the table to ask the right questions and ask them loudly. (Photography by Meryl Prendergast) 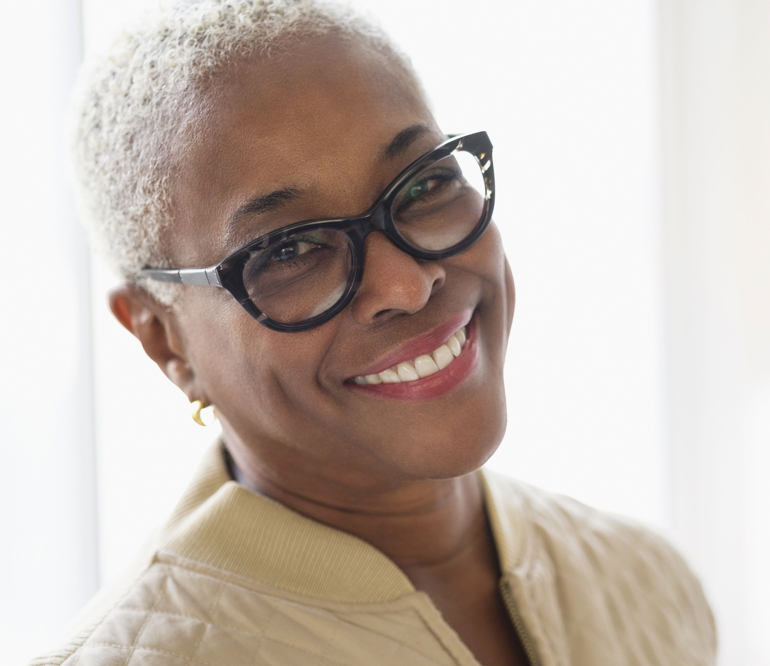 This year marked two amazing watersheds in acceptance and protections for the civil rights of LGBTQ+ peoples.  First, was the presidential run by an out gay politician who polled much better across many demographics and regions than had been expected.  The second was the Supreme Court ruling to extend protections against employment discrimination to LGBTQ+ people… I began my design career in San Francisco which was one of the most accepting cities in America for the LGBTQ+ community, so I cannot say I faced any challenges on that front—instead, it may have been an advantage. I faced more discrimination because of my race and gender based on disclosures about the decision-makers’ discussions shared with me by sympathetic staff members… Design and all disciplines can foster social change by acknowledging and removing prejudice from the equation when choosing the ideas of designers, which should be solely based on the quality of our work. 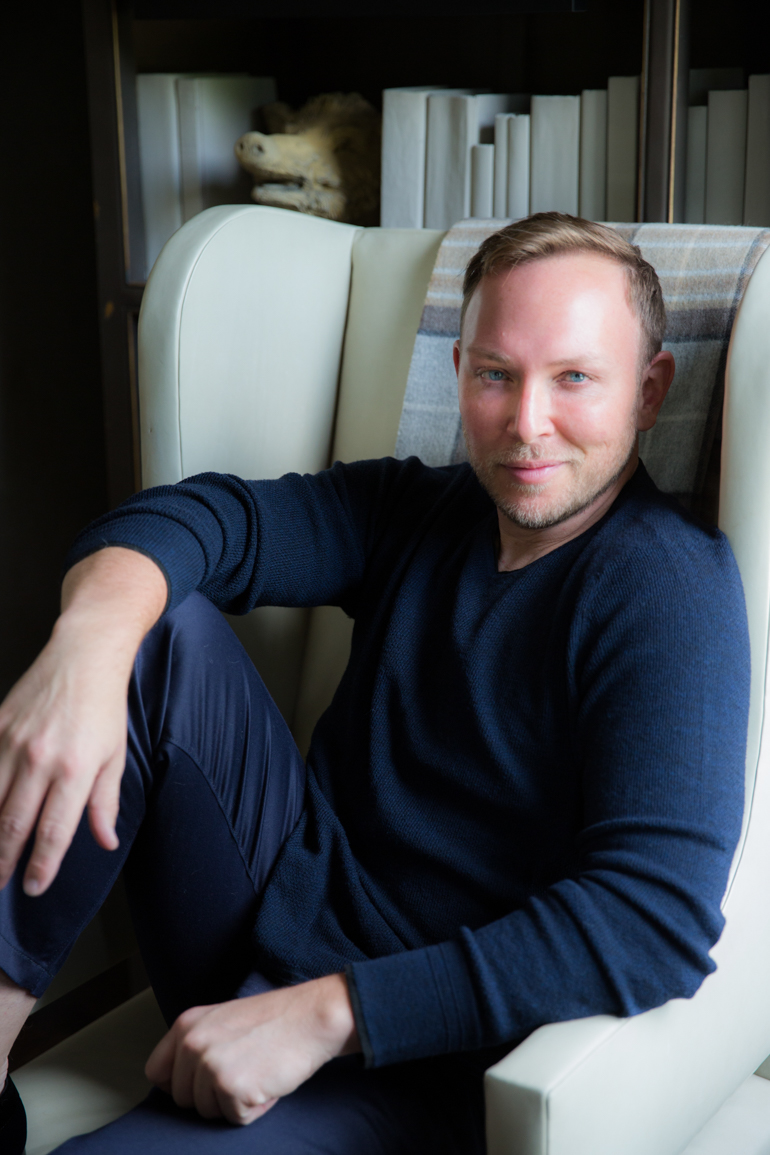 I’m often reminded of what I’m proud of and this year seems to have my thoughts in an unparalleled feeling of gratitude. I’m thankful for the love and support of family and friends who stand strong with me as we travel this journey. I consider myself to be extremely fortunate, as I’ve never felt that there were any challenges placed on me due to being gay. I’ve always surrounded myself with clients and other professionals who saw me for something more than just my sexuality. Professionals—and many of us are business owners—have a responsibility to stand tall and be the light in the world.  Through knowledge we are able to evolve, and grow to the humans we are intended to be.  We can and must do better as a design community. 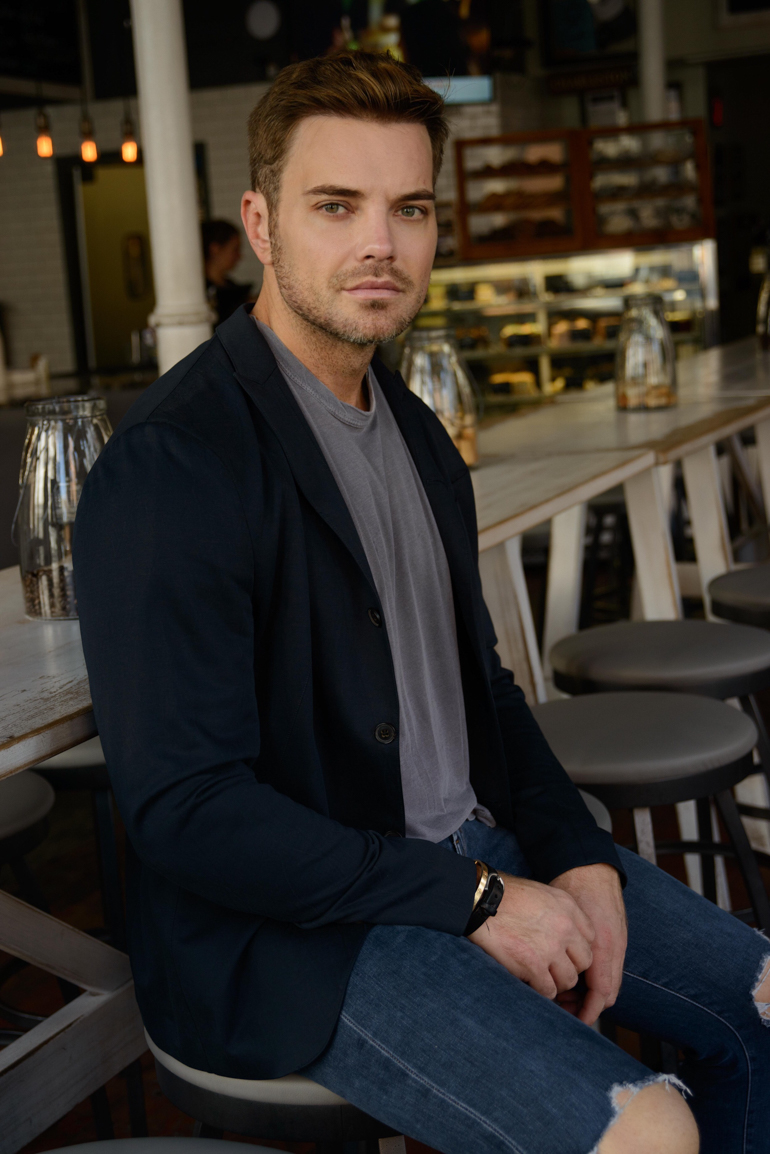 I think while there will not be any large gatherings this year for Pride, it’s more important than ever for us to continue the work, especially amidst the ongoing protests for George Floyd. We need to continue getting the message out there. Design can foster change through powerful works of art and creating spaces with backstories of the artists and designers who make these special moments for their clients. We are advisors and curators, and so by guiding our clients’ gaze to several makers of all walks of life from different backgrounds, ethnicities, races, and more we’re able to educate and support everyone in our community. 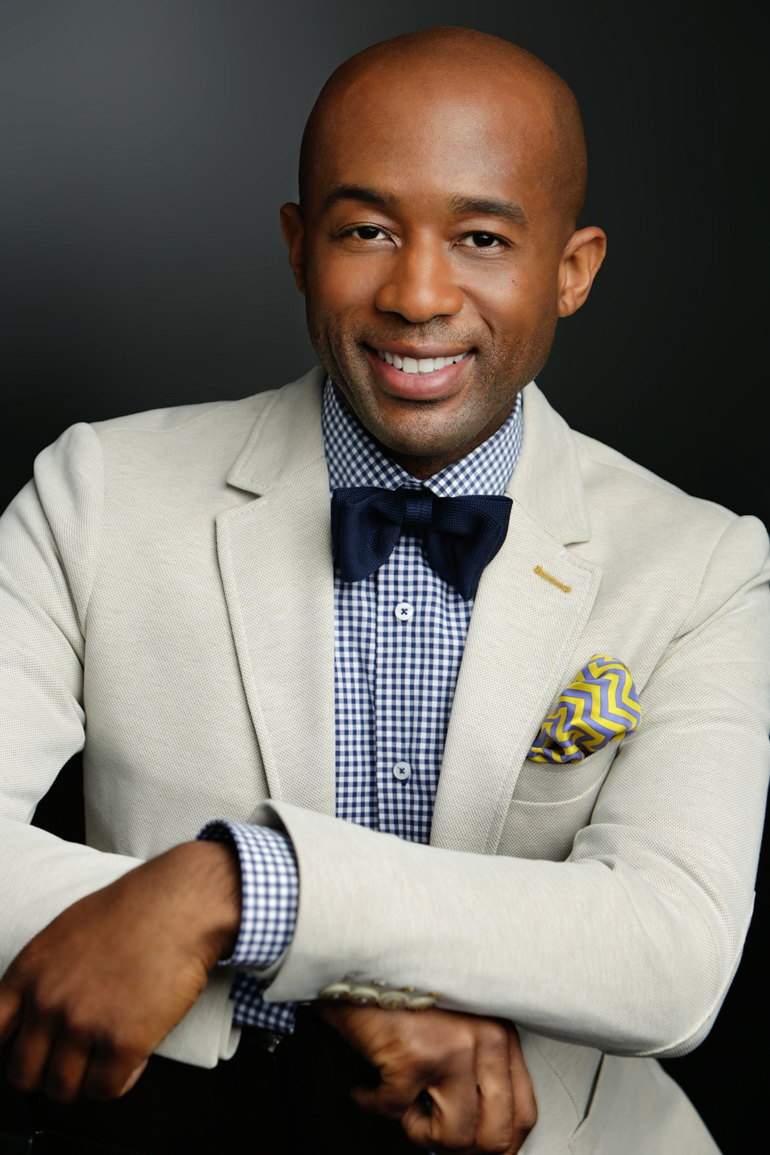 Most of the challenges I’ve experienced in the design community come from micro aggressions. It’s typically social media posts from people I would consider dear friends, who show their true feelings via social media platforms. They often denounce any form of homosexuality and claim that it’s due to their “Christian values.” As a minister’s son, I don’t buy that. I was taught that Christianity is about love and accepting of others, not judgement of others. To be honest, a large portion of the challenges I face are often within our LGBTQ+ community. As a black man, I don’t feel that many white gays are as accepting of black members. As someone who has lived in New York City, Atlanta, Los Angeles, and Chicago, I have experienced numerous racial biases. Whether it’s the bar that has the “no baseball cap or hoodie rule,” or messages on Tinder… I’m praying we can bridge the internal racial gap within our community as well, so we can all unite as one. 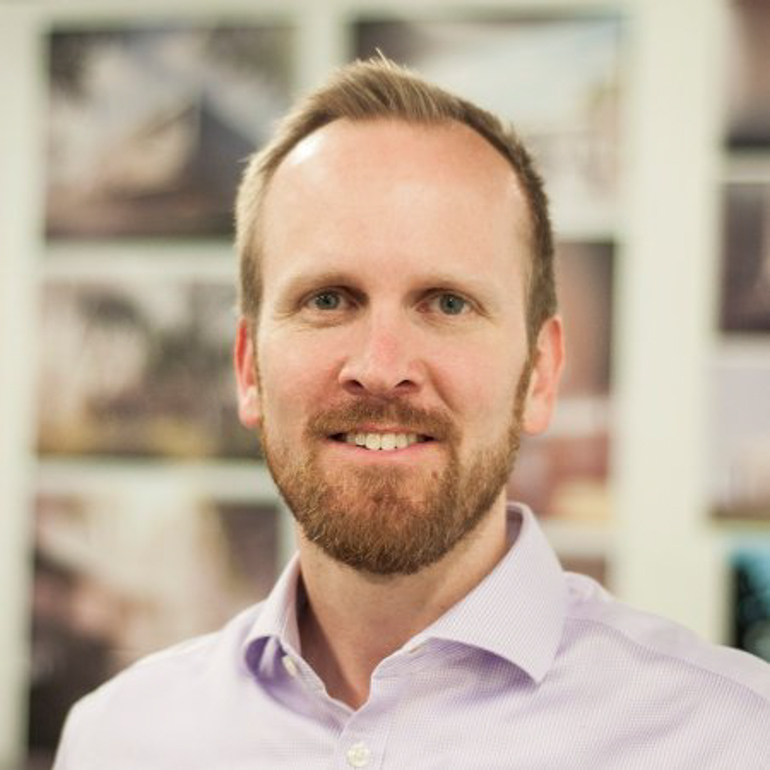 Pride is a liberating concept connected to equality and dignity—believing in yourself and the value of your community. I have never seen it on more vivid display than now among those demanding justice across the nation and world. Design is such a fascinating field precisely because it is influenced by politics, public policy, economies, cultural beliefs, societal pressures, functional demands—and yes as we are seeing today, both human health and social justice. Can it go the other way? Can design influence these conditions back? I don’t think any of us would be architects or graphic designers or interior designers or landscape architects if we didn’t believe it was possible to shape the world through our disciplines. I am encouraged by a rising generation of design students who yearn for impact and meaning in their work. As a Professor at Wentworth Institute of Technology, my academic studios have engaged with organizations like Boston Public Schools, where our students can listen to others—itself a foundational act of design—and respond to urgent needs by imagining change in experiences, environments, or infrastructure. Designers are particularly skilled at creatively imagining something that is yet to exist. We should harness this ability and use it as much as possible to envision a more just and equitable world. (Photography courtesy of OverUnder). 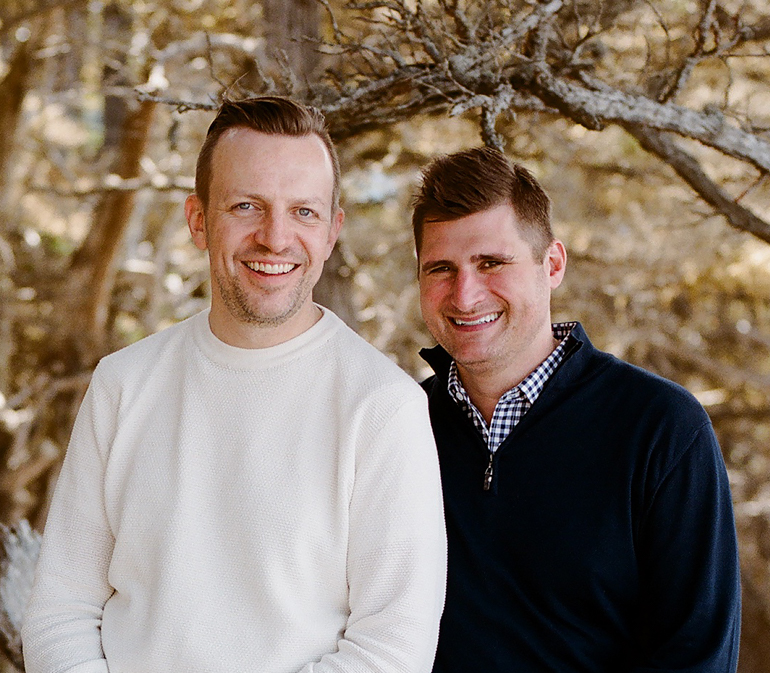 The celebration of Pride itself will be very different this year because of social distancing. I think it is a time for us to reflect on how far we have come as a group and a society as a whole. We must also realize that not all have achieved such acceptance and equity in our society and that the fight is not yet over. It doesn’t stop at LGBTQ+, but encompasses all who have been marginalized and thought of as “less than.”  In general, the design community is very open and accepting of the LGBTQ+ community as many principal designers, and many showroom owners are either gay or staunch allies…The design community has a significant runway on which they share their work. That runway can also be turned into a platform for advocating for positive social change. We have seen this recently with the renewed call for justice reform and racial equality. It remains to be seen how effective that platform is. More importantly, the design community is comprised of thousands of small businesses. It is easier to make a social change in a small business than it is in a large institution. If our small businesses, practice what we preach in how we operate, recruit, hire, etc. we can foster the change we want to see and collectively make a true difference. (Matt Quinn pictured left with partner in life and business, Todd Perchinsky). 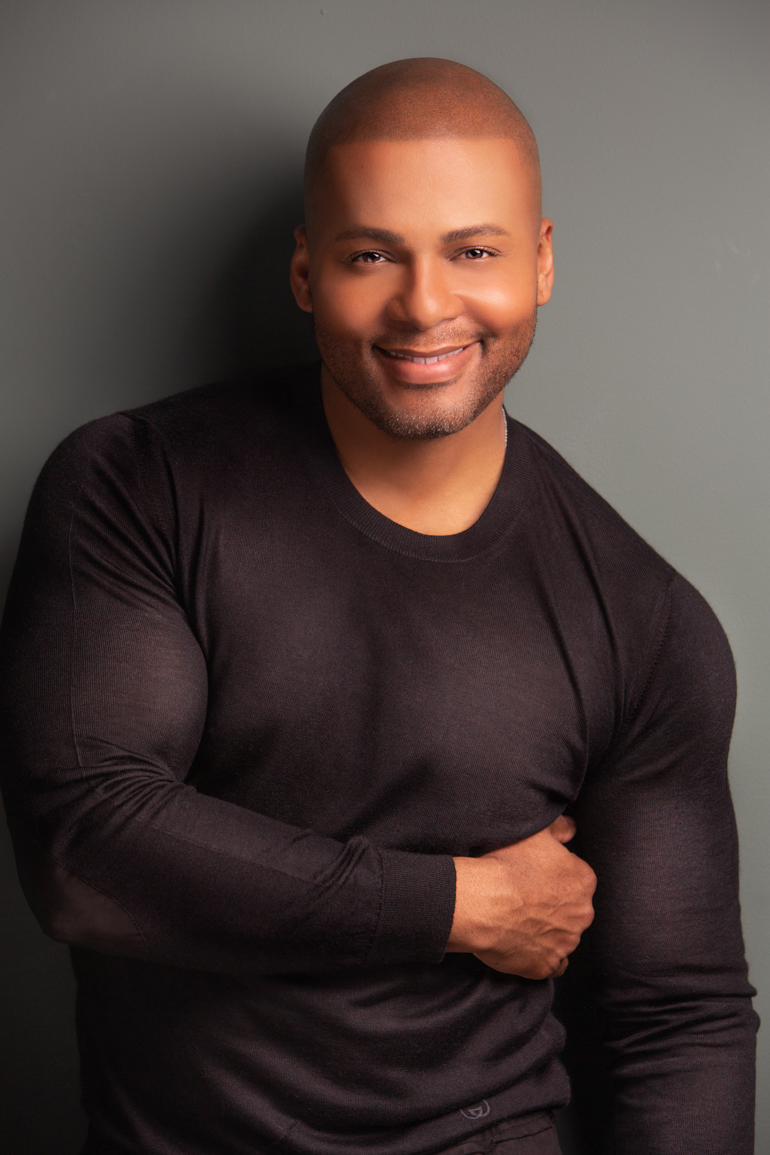 Design manages to communicate and unite people beyond their race, social class or sexual orientation. As a design pro, I take great pride in adding value back into our world that way. As a black, gay, southern, creative, entrepreneur I feel charged to lead by example and create space for the next generation of black/brown talent.