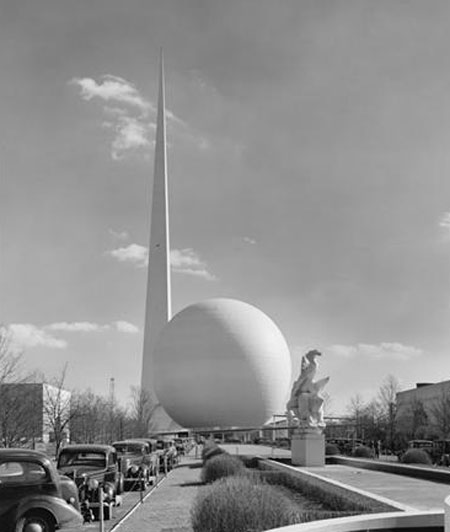 1939 World Fair. Courtesy of the Museum of the City of New York. 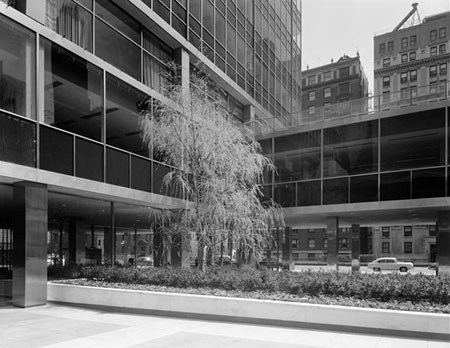 Lever House by by Gordon Bunshaft of Skidmore, Owings and Merrill, 1952. Photo courtesy of the Museum of the City of New York. 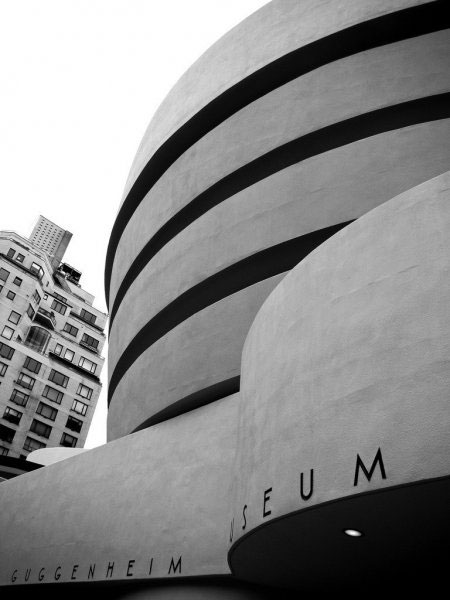 The Solomon R. Guggenheim Museum, built in the late 1950s. Courtesy of Flickr


Straightedge nerds like Philip Johnson and I.M. Pei lead a wave of Postmodernist seriousness – like Kevin Roche’s green atrium in the Ford Foundation building (1977) as well as kitsch and irony, such as Johnson’s Chippendale-topped AT&T Building (1984). Disco-era interiors pass quickly, except in Donald Trump projects. 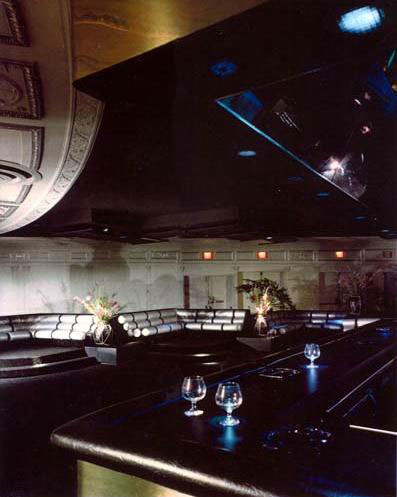 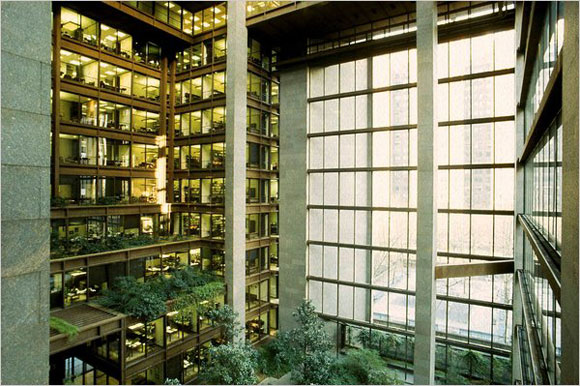 The Ford Foundation by Kevin Roche, 1977. 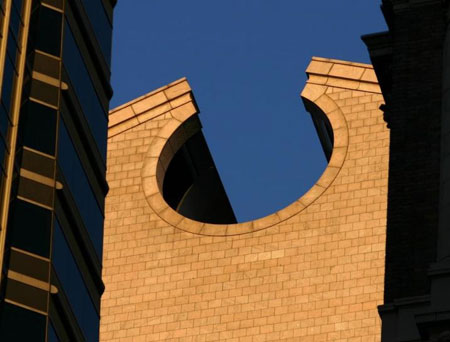