throughout the interior space of the Qingdao metro station in China. The tiles feature graphic black-and-white illustrations of tulips by Dutch-born artist and landscape designer

“The idea,” explain Igloodgn co-founders Anna Abbruzzo and Alain Courchesne, “was to tap into the underground concept as if there were a hole with natural light streaming through the passageway, giving the entire project a unique perspective on light and movement.”

This perspective won the

, and was installed in the station. “The tulips,” they say, “given their opposing angles on both sides, give the feeling that they are either growing downward, or being pulled from the ground up.” 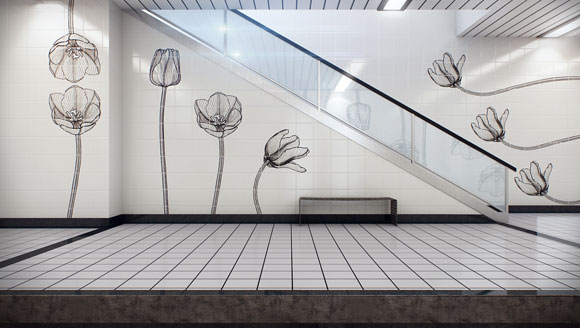 The handmade tulip tiles were originally made by Van Der Hilst for Ceramica Bardelli for use in The Green House, Igloodgn’s concept space within a 160-square-foot shipping container at the 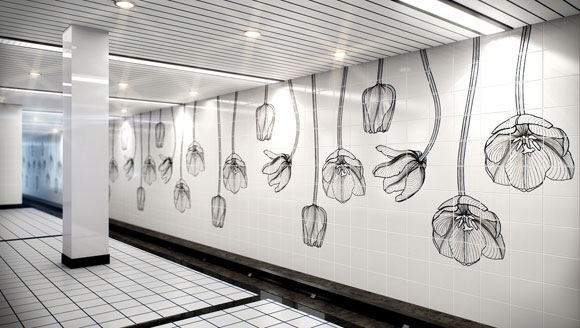 on the winning project, in keeping with their goal to influence and enhance local cultures through design. “The graphic on the tiles,” says Abbruzzo and Courchesne “will direct commuters up and down the set of escalators leading to the subway platform.”