Inaugural Expo 2012 to Blow Through the Windy City 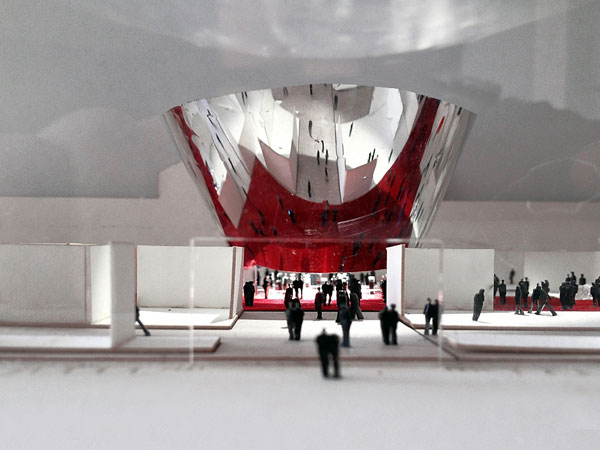 Almost 120 years ago, the World’s Columbian Exposition—also known as the Chicago World’s Fair—brought Beaux Arts to the Windy City, along with the designs of Daniel Burnham and Frederick Law Olmstead, treats like Cracker Jack, architectural innovations including the Ferris Wheel… and a serial killer named Dr. H. H. Holmes.

Now that spirit of artistic advancement (though not of crime) is updated for the 21st Century, in

, the International Exposition of Contemporary/Modern Art and Design running September 20 to 23.

The inaugural fair will be held in Festival Hall at Navy Pier, on a show floor specially designed by

. MacArthur Fellow and principal and founder Jeanne Gang has embodied Chicago’s urban grid in the Expo’s floor plan, including clearly-sequenced gallery paths and a diagonal “avenue” for faster passage to amenities including a chef’s kitchen, dining rooms, and lounges.

(See what else Studio Gang is up to. 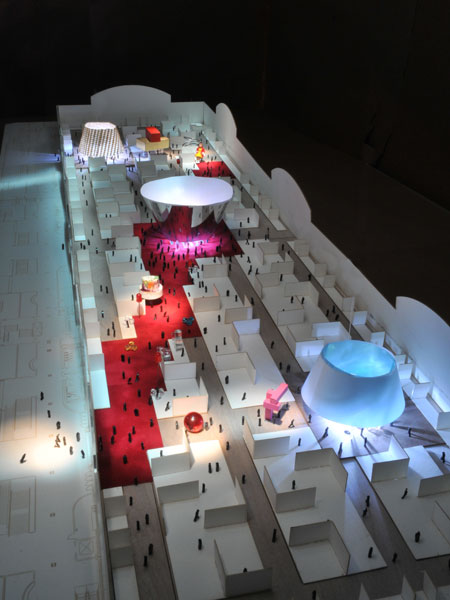 Enormous Mylar cones will be suspended above the galleries, creating both enclosed socializing areas and landmarks patrons can use to orient themselves in the Expo

“So many fairs must work to overcome their physical locations,” says Gang. “This space is a perfect fit for this expo, and is in a great location in Chicago. I think it says something about the high-level quality and collective ambition for EXPO to have it at the Pier.