Employment was a mixed bag. Design staff totals remained high at 2,742 positions, off slightly from 2,811. Salaries went down as well, with designers earning an average of $68,500 rather than $75,000. Project managers or job captains also took a $5,000 hit, earning $95,000. The only folks to see more money? Principals or partners, whose average salaries jumped from $150,000 to $175,000. The Rising Giants now predict hiring another 361 employees, and 84 percent of firms say that recruiting qualified staff is the number-one business issue they face—that’s the highest total since we’ve been gathering data.

With all the mixed results, the Rising Giants remain bullish for the reporting period to come. Nine out of 10 firms are rosy on the economy and the business environment, with forecasts up across the board: $506 million in design fees, $12.6 billion in furniture-fixtures and construction, and a whopping 321 million in square footage. Best of all, 91 firms predict growth ahead. 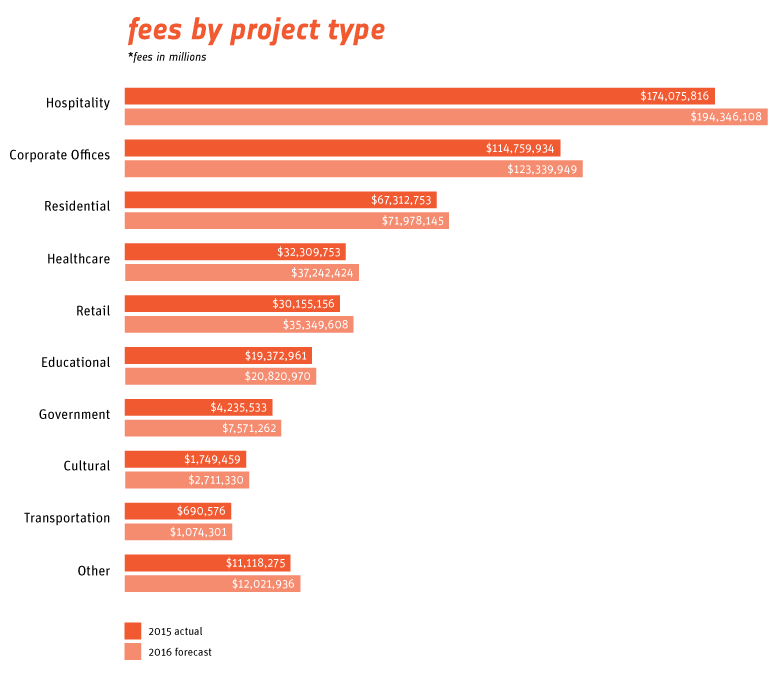 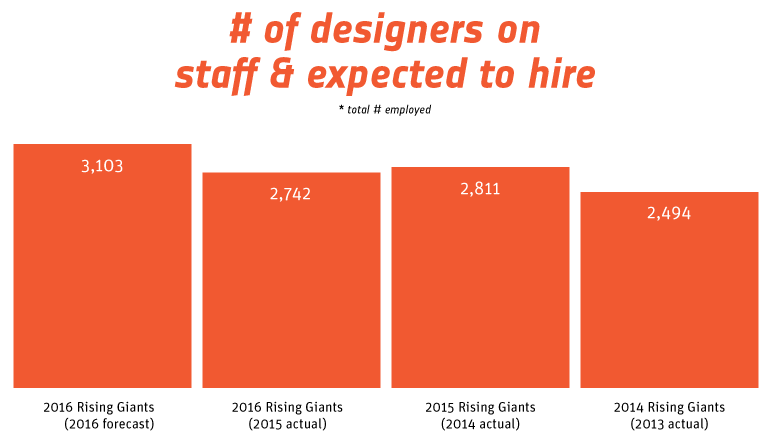 <<Back to Main Article