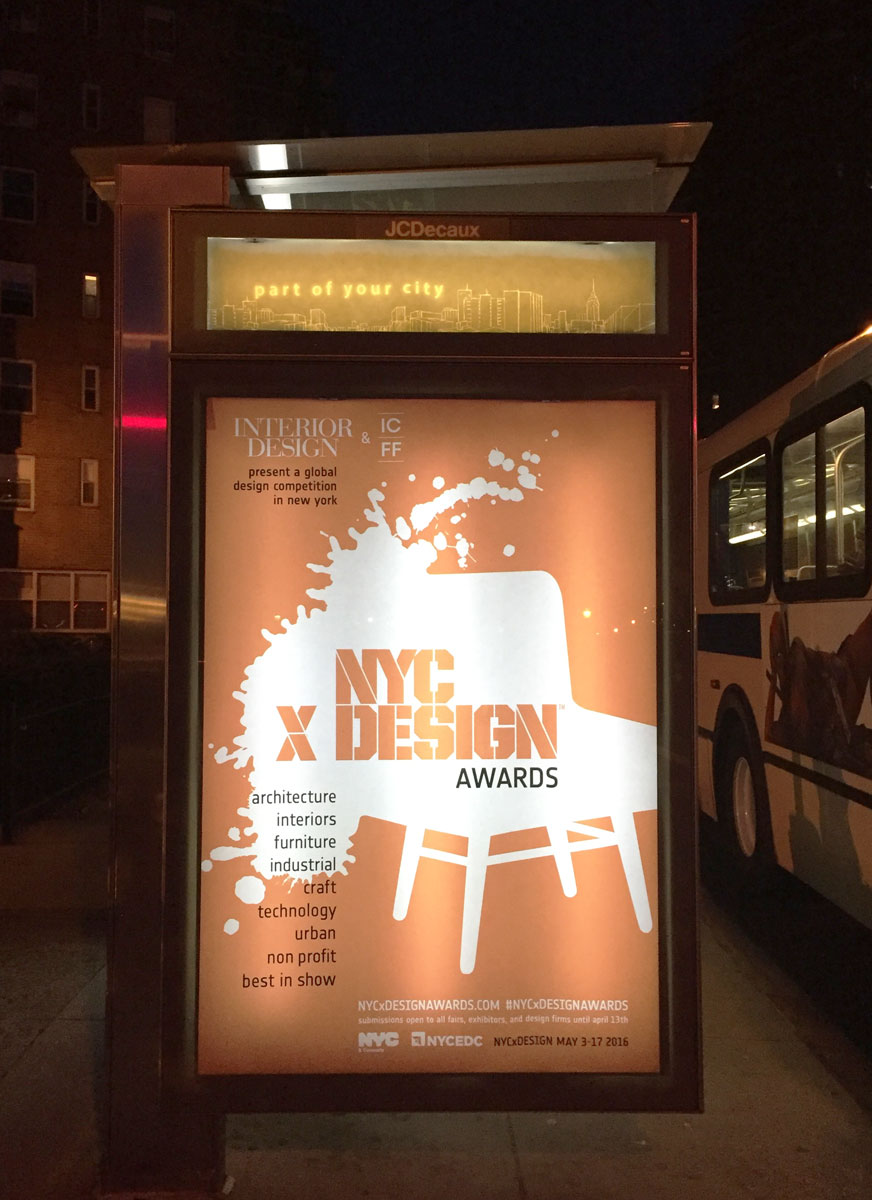 Interior Design and ICFF have officially launched the NYCxDESIGN Awards, a global design competition celebrating outstanding achievement across major areas of design including architecture, interiors, products, crafts, and technology. The program heightens awareness of the 15-day NYCxDesign celebration and all its participants, who together make New York a major design hub. Designers, architects, product designers, and manufacturers may now enter their project or products into the first annual awards celebrating New York design.

“No matter the fair or show, borough of the city or design discipline, it’s about the community coming together for the very first time in celebration of all things design, and it doesn’t get better than that!” said Cindy Allen, editor in chief, Interior Design.

This open and inclusive awards program will serve as a connector pulling together and rewarding excellence in design achievement from the over 500 events that comprise New York City’s showcase of global design. For products, general categories are open to anyone across shows, and other establishments (design centers, showrooms, installations) can enter as long as they are doing or hosting something during NYCxDESIGN. Interior Design also worked with each show/fair to create show-specific categories. A product may be entered into more than one category and will pay per submission. (There is a fee of $200 except for the Student Design which is $100.)

For projects, international design firms may enter a New York-based project—for example, a firm in China can submit as long as the project is in one of the five boroughs.

Product and project submissions are open to all fairs, exhibitors, and design firms until April 13th, with finalists being announced at the NYCxDesign opening night event at Industry City on May 7. Winners will be revealed on May 14 prior to ICFF’s opening party at the MoMA. #NYCxDESIGNawards

Questions about the awards program can be directed to [email protected].