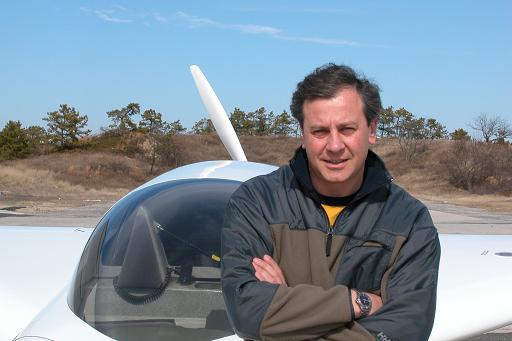 Ivan Luini, who, as founder and president of the New York-based Kartell U.S. Inc., helped bring plastic furniture out of the garden and into the American living room, died on Friday in a small-plane crash in Moffat County, Colo., near the Wyoming border. Mr. Luini was 46 and lived in New York City and Sag Harbor, N.Y. Sergio Savarese also died in the crash.


Mr. Luini and Mr. Savarese, avid pilots and good friends, were killed in the crash of a Cirrus SR20, a four-seat, single-engine aircraft that they co-owned and were flying cross-country on a business trip to visit stores, family members said.


According to Jennifer Kaiser, an air safety investigator for the National Transportation Safety Board, the plane has a parachute system for emergencies, and it deployed at a low altitude before impact. She said the pilot reported icing conditions and turbulence, and an inability to maintain altitude, but it is not known which man was at the controls.


Mr. Luini, a tireless cheerleader for Italian design that was accessible, affordable and, above all, functional, was a native of Varese, Italy, with a background in electronics engineering and a passion for flying. From 1986 to 1990, he was vice president for overseas sales at B & B Italia, a furniture company.


Later, moving from Milan to New York, he worked for a company that introduced Cappellini, Flexform, Ingo Maurer and other design brands to the country. In 1994, he co-founded Luceplan USA Inc., an innovative lighting company, serving as executive vice president until 1998.