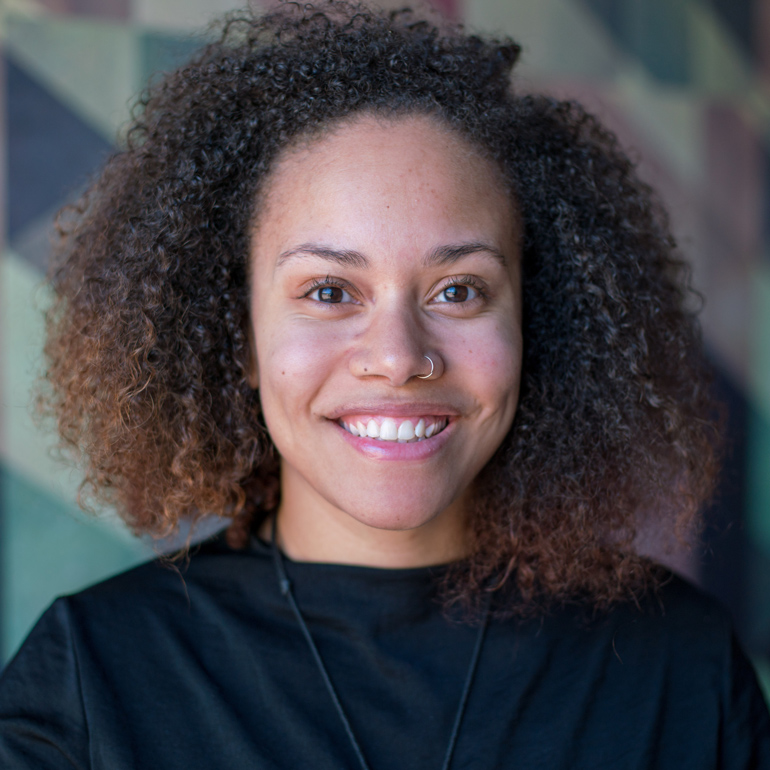 “My purpose is about making space for people who have been denied space in a narrative,” said Jha D. Williams, senior associate at MASS Design Group, when she checked in with Editor in Chief Cindy Allen on a recent DesignBiz, Interior Design’s twice-weekly series on Instagram.

The designer, who is also a spoken word artist, event producer, and “SpaceMaker” for the LGBTQ+ communities of color, earned degrees in architecture from Northeastern University and the University of Pennsylvania. She joined the team at MASS three years ago. “Quite honestly, it feels like 10 years,” she said. “In this time, I’ve had an opportunity to really blossom and grow and strengthen and transform in ways that I didn’t know I was ever mentally prepared for. It’s been a journey, to say the least.”

Architecture is just one of the languages that she uses to communicate concerns over injustice. (She also runs Boston’s only monthly open mic dedicated to the experiences of the LGBTQ+ communities of color.)  For the Gun Violence Memorial Project, a 2019 installation for the Chicago Architecture Biennial that Williams and team conceived with conceptual artist and activist Hank Willis Thomas, four house-like structures made of 700 glass bricks each hold “remembrance objects”—the sentimental possessions of gun violence victims, which were donated by their families—to honor the roughly 3,000 lives lost to gun violence in the United States every month.

Another of her projects with MASS, a proposal for the Pulse Memorial, pays tribute to the 49 lives lost in the 2016 Pulse nightclub shooting. Since the memorial was to be placed at the site of the tragedy, one of the ongoing issues with this project concerned what to physically do with the building that housed the nightclub five years ago. “Does it get demolished?” said Williams. “Do people walk through it again?”

The team ultimately decided to surround the existing building with a “shroud” of weathering copper pillars, a material they selected for its changing quality, that are illuminated at night. “We decided to wrap [the building] in these pillars and this materiality, as well as in light, and therefore in love,” Williams said.

She admitted that before she joined MASS, she was considering leaving architecture to focus more on her art and activism. But she was pulled back in by design’s power to build a better, more thoughtful world. “Because I’ve been headstrong and heart-strong about my purpose, I’ve had opportunities present themselves to me,” she said. “If you don’t clarify what you want in life, you’ll get other things.”