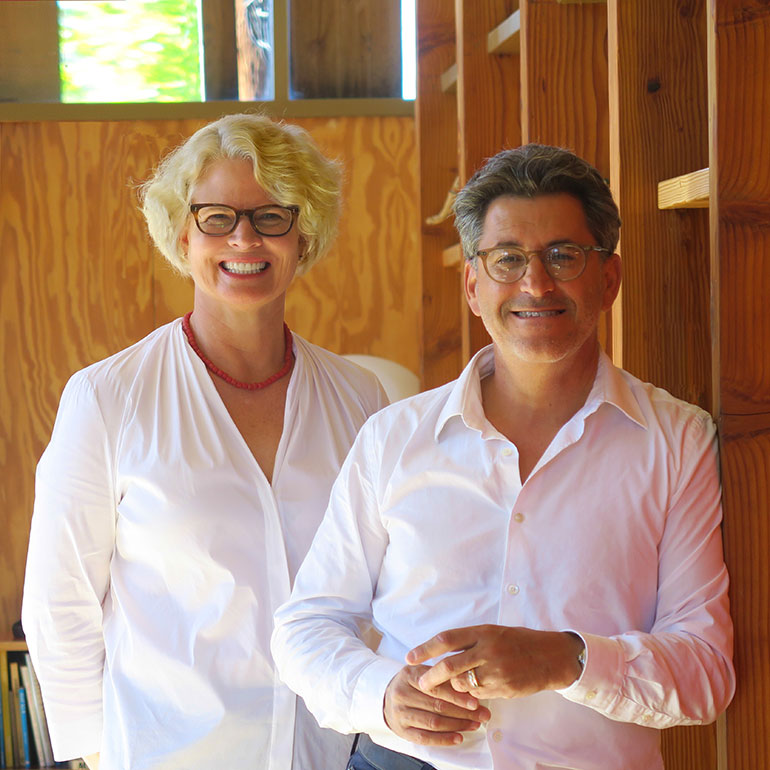 Julie Smith-Clementi and Frank Clementi have formed an independent design practice, Smith-Clementi, after a long-time association with the Los Angeles firm they helped found several decades ago, Rios Clementi Hale Studios. There, as major players in the L.A. design scene, they became known for work large and small—from such high-visibility, place-making venues as The Hollywood Bowl, The Music Center Plaza, Grand Park, and L.A. Live’s Microsoft Square to the collectable home products in the notNeutral collection. The couple has also received more than 20 AIA Design Awards.

The architects’ design savvy resonates throughout their residence on a charming street in the beach community of Venice. So much so that Interior Design has profiled it twice—in its original and expanded versions. Now it’s a design studio, too, and we look forward to seeing the spaces that originate there.