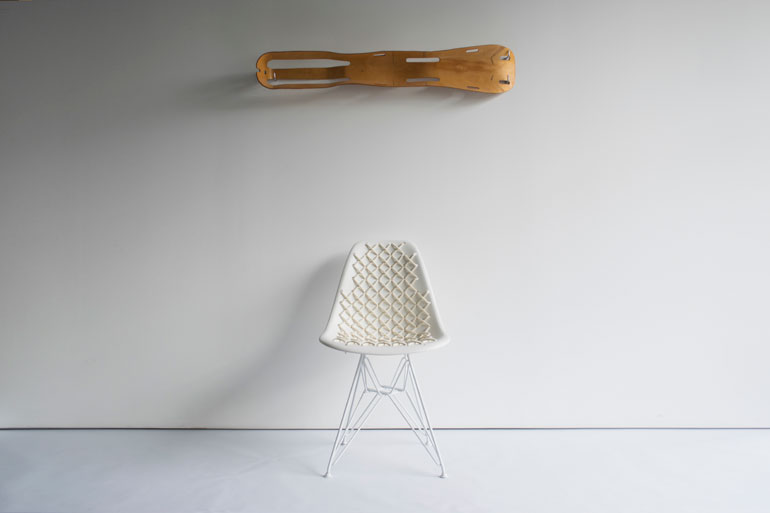 All photos courtesy of KEM Studio.

KEM Studio, a design studio that specializes in architecture and industrial design, has been named the winner of this year’s Eames Good Design Challenge. Sponsored by Herman Miller and the John A. Marshall Company, the contest challenged approximately a dozen architecture and design firms in Kansas City, Missouri, to “upholster” an Eames molded plastic chair in a way that combined both comfort and style. 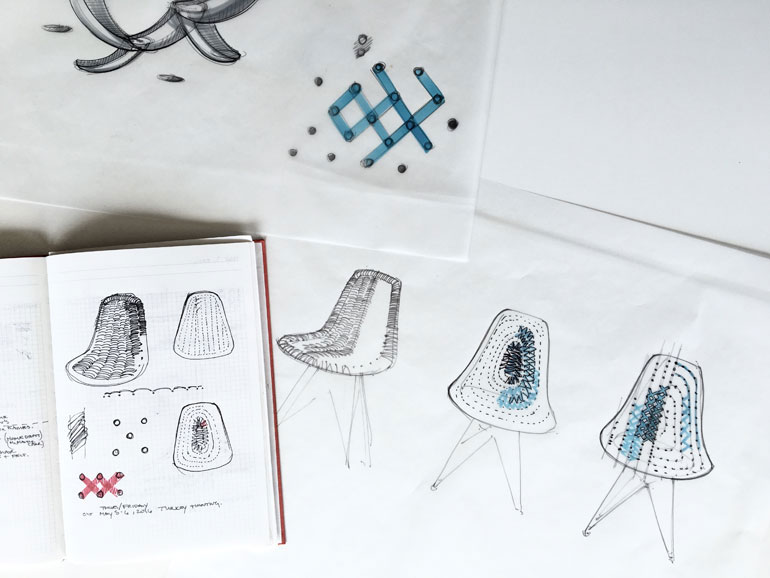 For KEM Studio’s winning submission, Jonathon Kemnitzer, co-founder and principal of the firm, and his team took a white Eames chair, which they then drilled holes into and wove in a crisscross pattern using 30 feet of white felt that they purchased online. 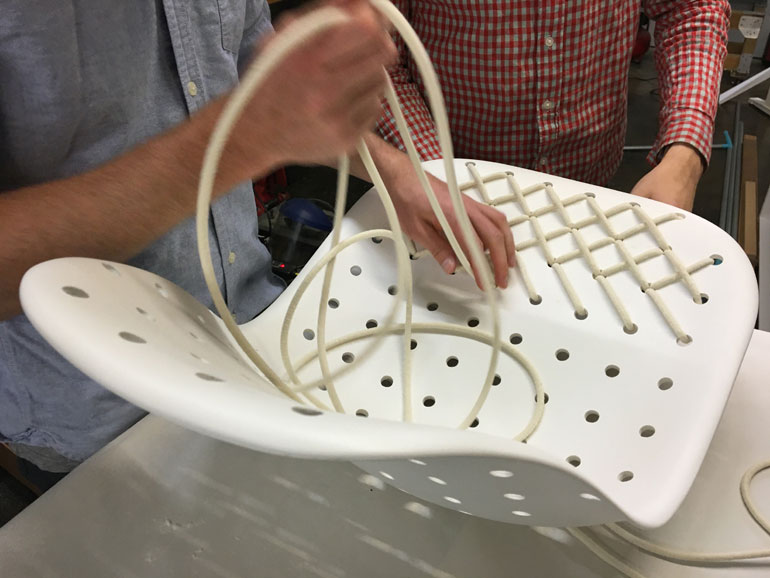 “The hardest part was working with such a classic chair,” Kemnitzer says. “We didn’t want to screw it up.”

To ensure their success, the team used several “throwaway” chairs that were Eames lookalikes and drilled holes into the plastic in various patterns and sizes before settling on their winning design. 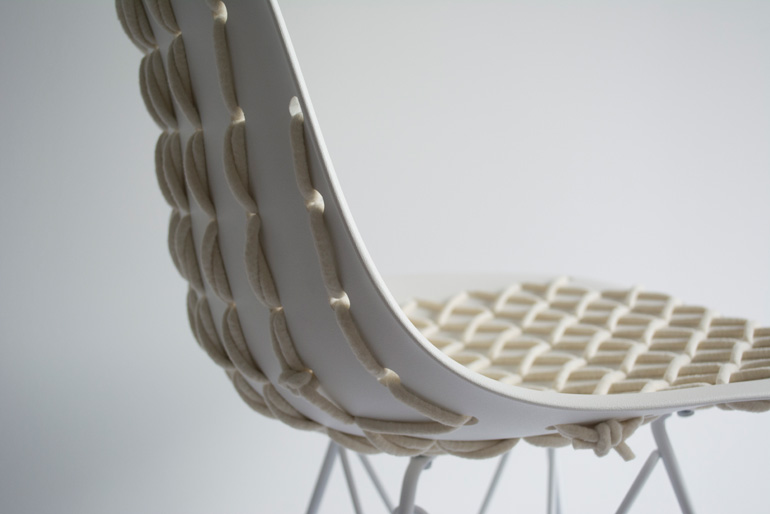 “We wanted to take a traditional technique—weaving—and apply it in a modern way,” he says. “Since we’re an industrial-design firm, we approach things differently. [Our final design] is something that’s functional and beautiful at the same time.”

KEM Studio’s chair was sold at auction and the proceeds of the sale went to the Ronald McDonald House charity.