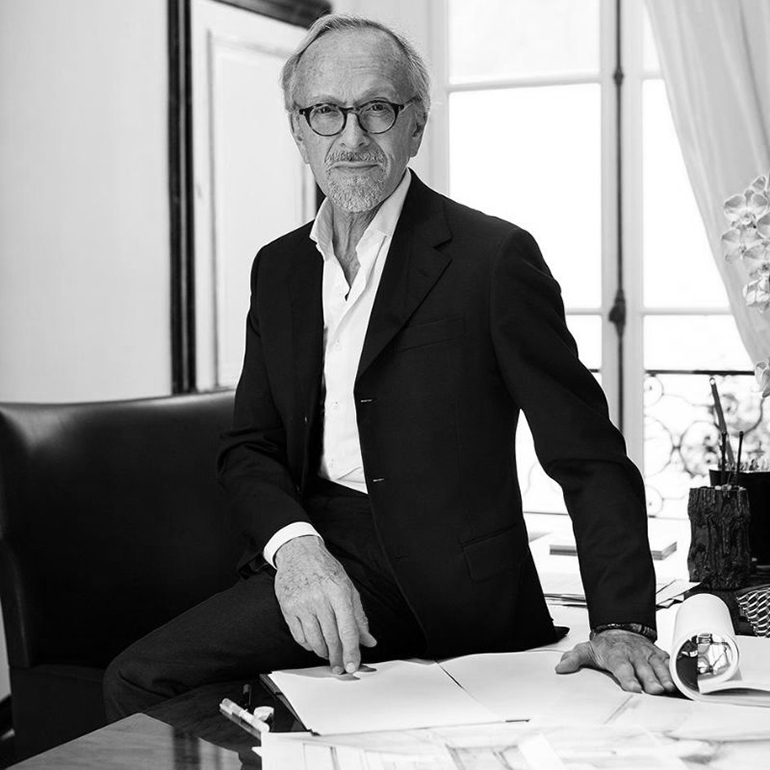 The iconic French interior designer and entrepreneur Christian Liaigre died on September 2. He was 77 years old.

Born in La Rochelle, a small coastal town in the West of France, the Interior Design Hall-of-Famer honed his skills at the Beaux Art and then at the Arts Décoratifs. Simple, sincere, and fluid lines became a common theme of Liaigre’s designs, letting the beauty and balance of a piece speak for itself.

A maven of modern minimalism, Liaigre truly rose to prominence in the industry during the 1980s with his perfectly proportioned designs. The likes of Larry Gagosian, Calvin Klein, and Karl Lagerfeld ventured to Liaigre’s Paris showroom on Rue de Varenne when seeking out a piece of high-quality, French craft furniture. Eventually opening an outpost stateside, Liaigre’s products have appeared in projects from a Hawaiian compound to a downtown Manhattan apartment.

Dating back before the conception of his eponymous company, Liaigre was inspired by the textures and tones of the equestrian world. His often favored wood, leather, and bronze, and his work reflects the richness of the materials. More than 30 years later, the team at Liaigre is still producing stunning pieces, keeping their founder’s design ethos alive.