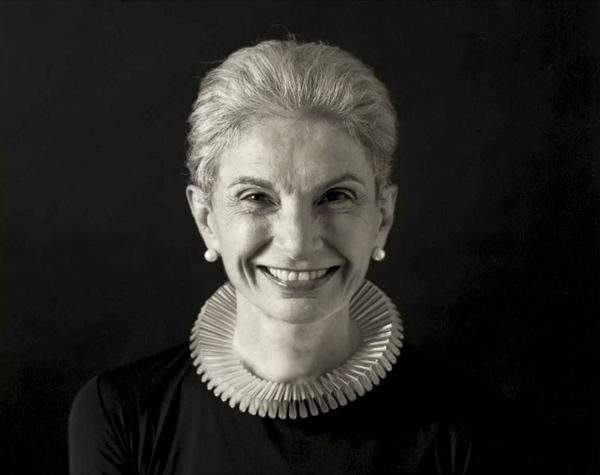 A rare breed, Lella and

boast talents in a range of design disciplines. First acknowledged for their work in graphics and exhibition design, the husband and wife partnership has come to receive recognition for interiors and furniture design on a worldwide scope. Among the honors listed on the Vignellis’ curricula vitae are: the Gran Premio Triennale di Milano, 1964; the Compasso d’Oro, ADI, 1964; the 1973 Industrial Arts Medal of the American Institute of Architects; honorary doctorates from Parsons School of Design, American Institute of Graphic Arts; and the first Presidential Design Award, presented in 1985 for the National Park Service Publications Program.

Both Massimo and Lella were trained in architecture in Italy – he in Milan and Venice. The Vignelli’s work has been the subject of two feature-length television programs that have been televised worldwide. A monograph exhibition of the Vignellis’ work toured Europe between 1989 and 1993, and was featured in St. Petersburg, Moscow, Helsinki, London, Budapest, Barcelona, Copenhagen, Munich, Prague and Paris.

Ms. Vignelli’s work is widely featured in design publications in the United States and abroad. Examples of her work have been included in the permanent collections of numerous museums, including the Museum of Modern Art, the Cooper-Hewitt Museum, and the Metropolitan Museum of Art in New York, the Musee des Arts Decoratifs in Montreal, and Die Neue Sammlung in Munich. Lella Vignelli is a frequent speaker and juror for national and international design organizations. She is a member of the Industrial Designers Society of America (IDSA), the American Institute of Graphic Arts (AIGA), the International Furnishings and Design Association (IFDA), and the Decorators Club of New York. Ms. Vignelli has been the recepient of many awards including Honorary Doctorates from the Parsons School of Design, the Corcoran School of Art, Washington, D.C., and the American Institute of Architects (AIA); Industrial Arts Medal, 1973; AIGA Gold Medal, 1983; National Arts Club Gold Medal for Design, 1991, Interior Product Designers Fellowship of Excellence, 1992; The Brooklyn Museum Design Award for Lifetime Achievement, 1995; the Russel Wright Award for Design Excellence, 2001.