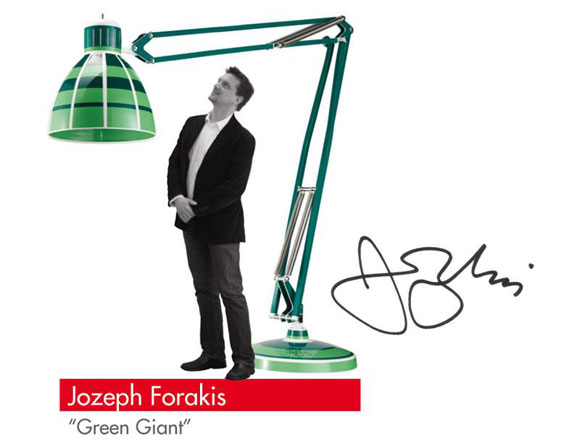 has collaborated with an all-star team of designers and local companies in Milan and Venice to put an iconic lamp to good use—helping to bring a little more joy to sick children and their families.

Leucos commissioned 10 designers to re-imagine their own grand-scale version of Jacob Jacobsens’ iconic 1937 lamp, The Great JJ, for display in the Milan during the city’s design week. Titled “Light Your Heart,” the

, a foundation that champions and sustains research for pediatric neoplasia while also furnishing a new Pediatric Onco-Hematology ward to 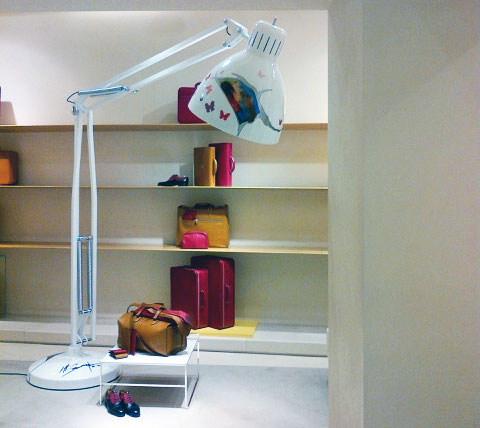 The Great JJ by Chris Bangle.

Hall of Fame inductees Patrick Jouin and Karim Rashid along with designers Chris Bangle, Valerio Cometti, Massimo Iosa Ghini, Jozeph Forakis, Arik Levy, Flavio Manzoni, Roberto Paoli, and Satoshi Umeno. The limited-edition lamps take inspiration from a variety of cheerful sources including nature, youth and the original lamp itself. Regarding the concept of his lamp’s design, Jozeph Forakis explained, “I wanted to reinterpret the Great JJ as a giant pop-art flower… a “Jolly Green Giant”… radiating hope and positive energy down on anyone close enough to be embraced by his shining light.”

Local businesses Galvanotecnica Bugatti, Valextra, Bikkembergs, Tie-ups, Pescheria da Claudio, Sanmarcouno, Fabiana Filippi, Lovethesign and Cesare Paciotti supported the endeavor by providing viewing windows for each of the lamps. Additional support came from LOVEThESIGN as a social media communication coordinator through Instagram, as well as the Padova Children’s Research Institute which will host an auction for the ten “Light Your Heart” lamps during a special event in September. 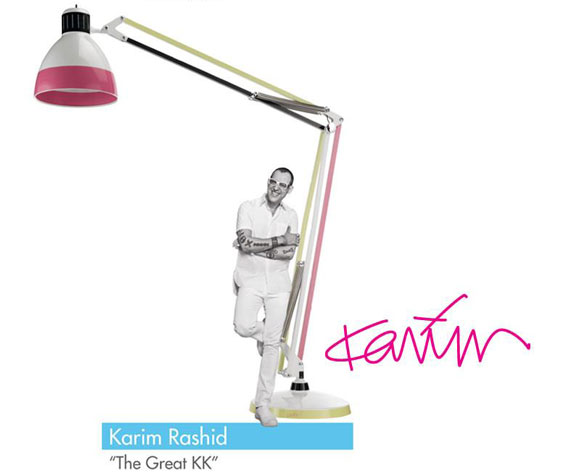