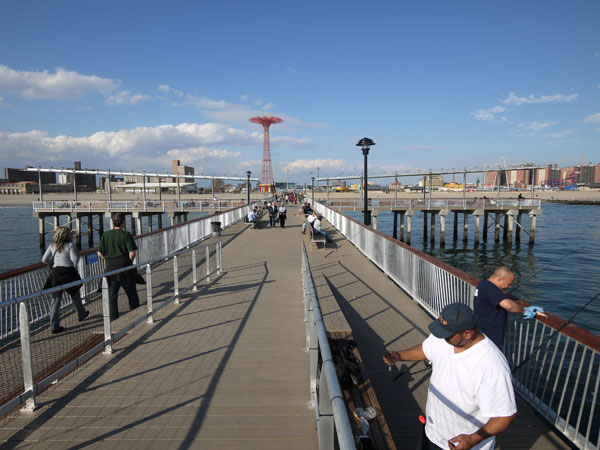 Steeplechase Amusement Park’s landmarked Parachute Jump, which dates to the World’s Fair of 1939, looks over the pier.


Just over a year after Hurricane Sandy devastated the Eastern Seaboard, much of the coastline is still trying to revitalize itself. However,

delivers some inspiring news with the completion of Coney Island’s Steeplechase Pier.


The previous pier dated to the 1950s and was constructed mostly of tropical hardwood. It suffered extensive structural damage from the storm. An icon for New York beaches, it had served primarily as a dock for ferries bringing visitors to the nearby Steeplechase Amusement Park until the attraction closed in 1964. In recent years, it became a destination unto itself, attracting tourists and locals alike. However, as Paul Lewis, principal at LTL, points out, “The old pier served a primarily functional purpose and it was devoid of design.” Discussing the goals for the new pier, Lewis continues, “We wanted the pier to become more than just a backdrop; we wanted it to be an essential part of the vitality and activity that happens at Coney Island.” 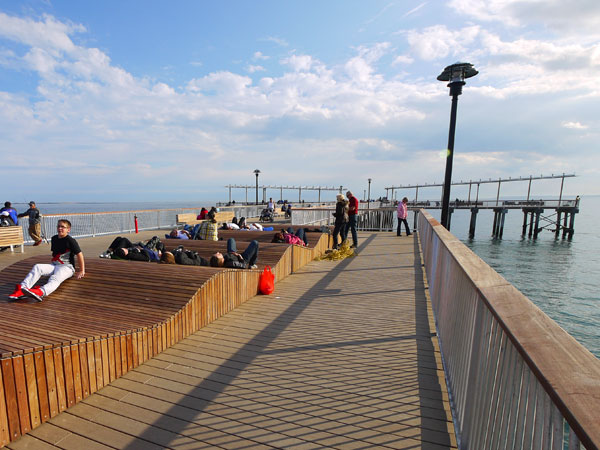 
This vision led the New York City Department of Parks & Recreation to choose LTL as part of the team of architects and designers who are rebuilding the coast. With only one month of preparation and a couple short months of construction, the project was completed in lightning speed, and the result is most definitely an improvement. The pier now stretches on for the length of nearly three football fields, the final section raised 30 inches as an observation platform. Replacing the traditional hardwood is recycled plasticized lumber, and reinforced precast metal beams anchor the pier to the concrete piles. Unlike the previous framework, the new supports should be able to withstand another Sandy.


LTL also introduced several aesthetic additions. Double-sided benches, a long wave bench, and guardrails were constructed from the salvaged wood of the old pier. Drop-down seating allows visitors to easily engage with the water. And most notably, a new [fritted] aluminum canopy with the bold words CONEY ISLAND makes it readily apparent where you are. The pier’s square footage racks in at a whopping 35,700, a substantial step forward out of the wreckage of last fall. 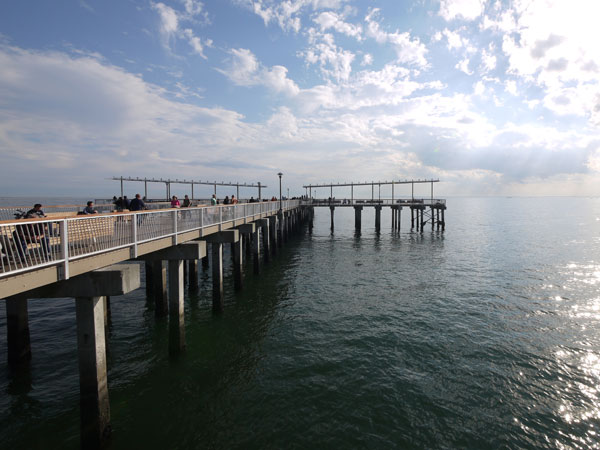 The canopy almost has a wing-like quality according to Paul Lewis.