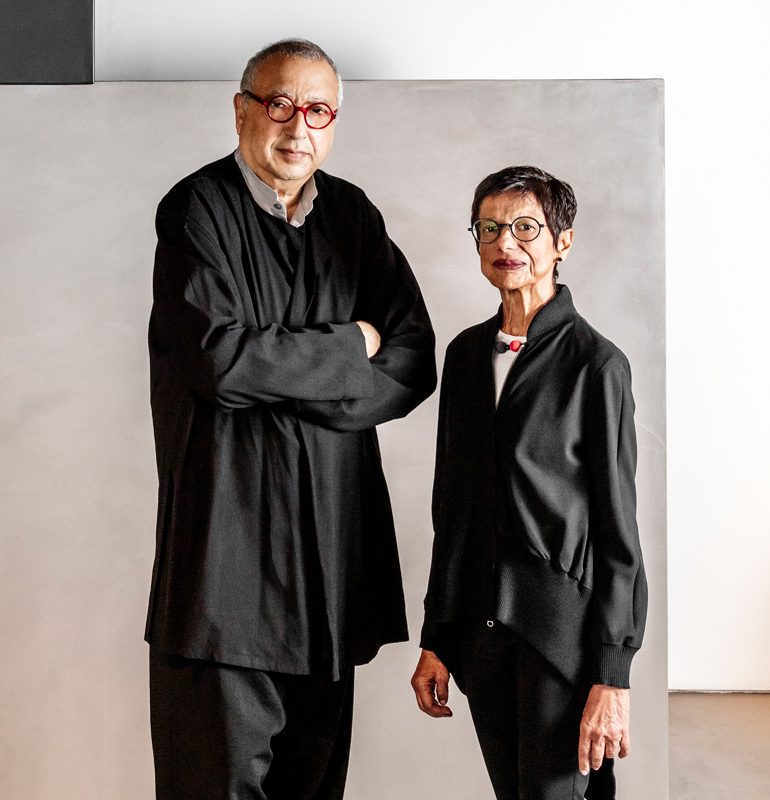 Guided by a similar principle, namely the desire to share timeless design with a broader audience, Nargis and Nasir Kassamali opened their first showroom specializing in European design in North Miami Beach in 1974, shortly after arriving in the country. The husband and wife team, who met at the University of Nairobi, Kenya, and continued their study of design in Denmark, soon gained recognition as pioneers in the field—not only for the products they offered but for their process of selling them. The two enabled anyone who ventured into the Luminaire showroom, which now includes locations in Chicago and Los Angeles, to peruse the finest offerings from abroad at a time when most spaces catered to design professionals only. Since then, they have worked tirelessly to make design more accessible. “It’s been a long journey,” said Nasir Kassamali. “We are two people of Indian descent who arrived in U.S. 46 years ago to democratize design.” 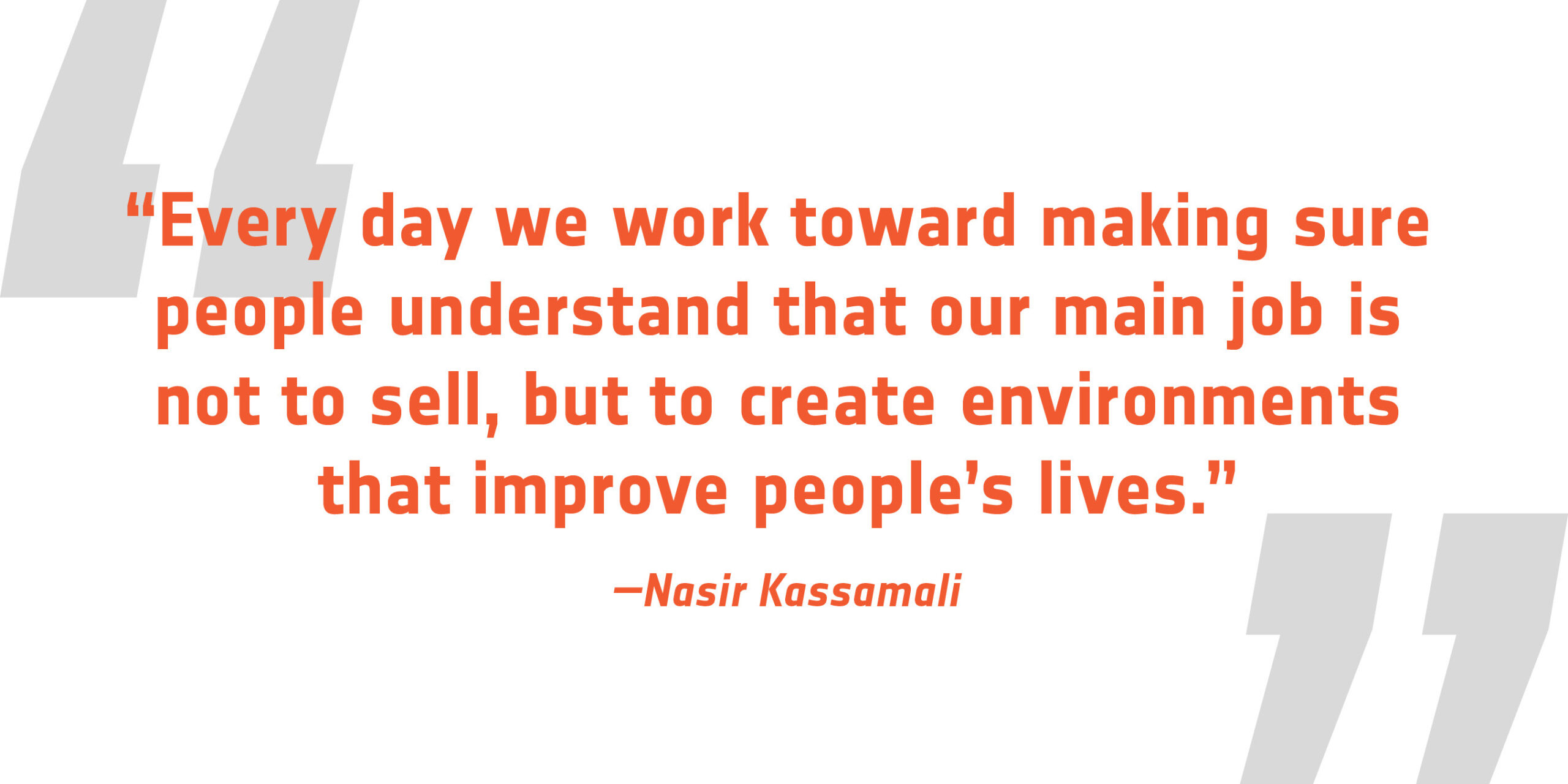 And they continue to work toward this mission daily, overcoming challenges early in their careers by building trust with European vendors and local designers alike. “We didn’t offer a discount for decorators [from day one]… so we had to tell the story about the design out of necessity—for us to be able to feed ourselves,” Nasir Kassamali continued. “That became a mantra of our company: We’re in the business of telling, not just selling.” That ethos has led to decades of success, enabling the company to evolve into a laboratory for contemporary design with curated exhibitions, open-forum lectures, and educational programming. “We never stop; it’s a 24-hour job,” Nargis Kassamali adds. “We’re really grateful for all the people who work with us—you can’t do these things by yourself.”

To celebrate the honor, Nargis and Nasir Kassamali agreed to comply with strict travel protocols to attend the ceremony in person, held at the newly opened ADI Design Museum in Milan Sept. 9, where they each expressed their gratitude in brief speeches. The award committee members also lauded the company’s legacy. “Luminaire is not just a way of selling design; it is a narration of design,” they noted in a statement. “Luminaire has perpetually presented a continually evolving path, capable of innovating the distribution model by inserting culture and passion, transforming the traditional store concept into a place of experience and knowledge for a broad audience and not just for a small elite—a point of reference and enhancement for the culture of Made in Italy design on the international scene.” 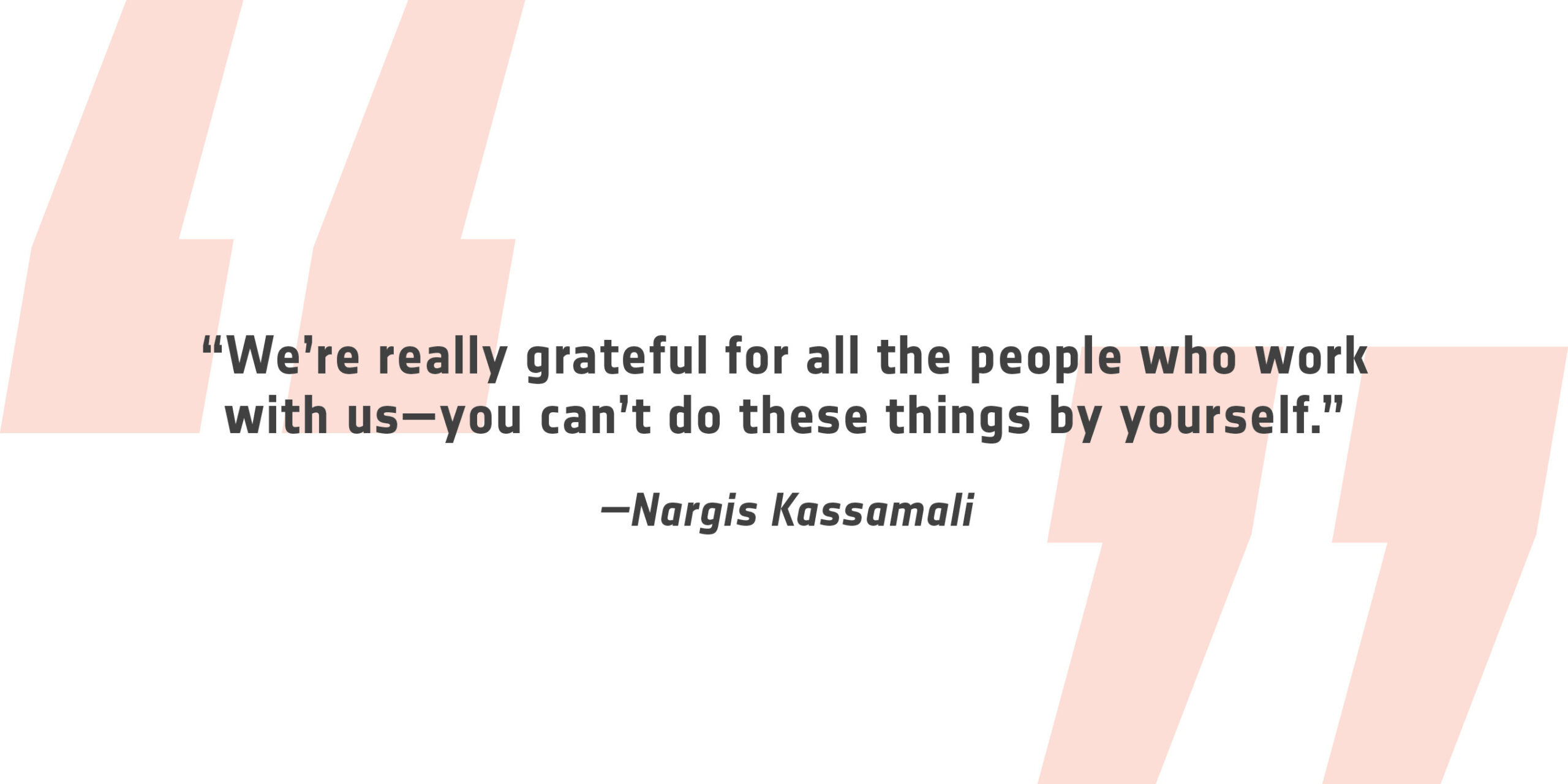