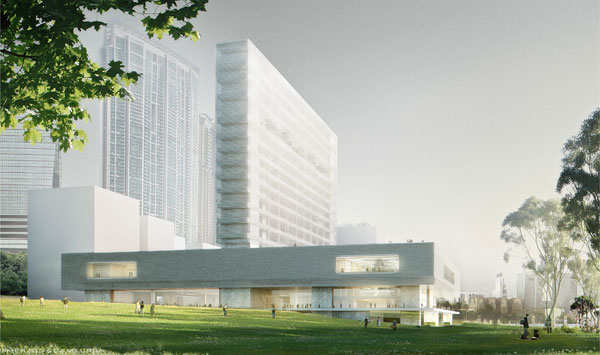 View of M+ from the Park at WKCD. Photography courtesy of Herzog & de Meuron and West Kowloon Cultural District Authority.


While the permanent collection for Hong Kong’s new

is still being assembled, the M+ team have opened another in a series of mobile exhibitions called Mobile M+. The exhibition, titled “Building M+: The Museum and Architecture Collection,” opened last month at ArtisTree, TaiKoo Place, Island East and presents a detailed look at the design for the M+ permanent space, expected to open in 2017. The building is being designed by

, who was selected in the international competition held last year, alongside Hong Kong-based partners


Curated by Aric Chen and Shirley Surya, the first exhibit in the series features more than 100 pieces including models, installations, videos, photos, and drawings, and represents the work of 35 architects, firms, and artists. The focus is on 20th and 21st century architecture and design in Hong Kong and China, but assumes a multidisciplinary approach. It incorporates complimentary elements from other parts of the museum’s visual art collection, and facilitates a complex interpretation of architectural progression throughout the past century, both locally and on a global scale.


“We want the show to give a sense of the many ways of looking at, and thinking about, architecture—and how M+ is going to be approaching them,” says curator Aric Chen. “We’re interested in the canonical and non-canonical: from Frank Lloyd Wright drawings to recycled bricks made from earthquake rubble; from incredibly sophisticated, digitally-aided formal experiments to critiques of the regulatory, economic and political forces that act on architecture. But just as important, we want to look at the world from our vantage point in Hong Kong, China and Asia, to perhaps add another perspective to the global discussion.”


Many of the works represented in the exhibition were donated by prominent artists and architects from Hong Kong, China, and around the world, including Ai Weiwei, MAD, Remo Riva, Dr Tao Ho, Stanley Wong, Urbanus, OPEN Architecture, and Rocco Design Architects. The works featured will become part of the M+ permanent collection when the exhibition closes. 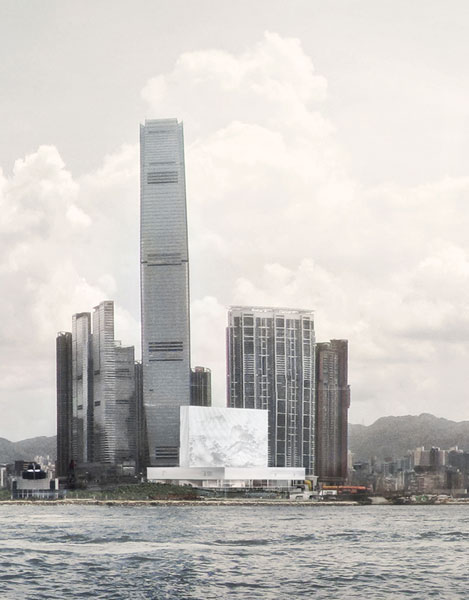 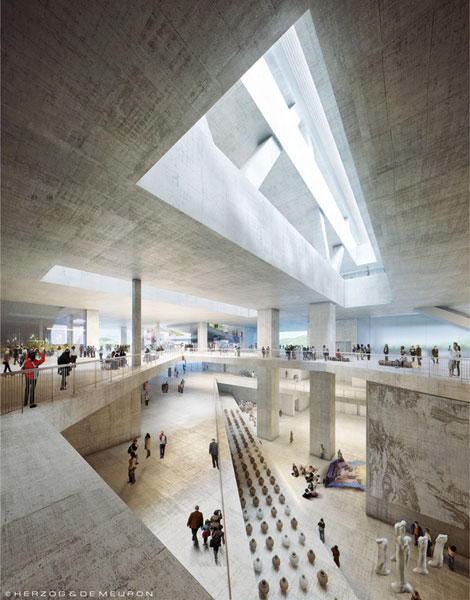