Making a DIFFA-rence at WeWork 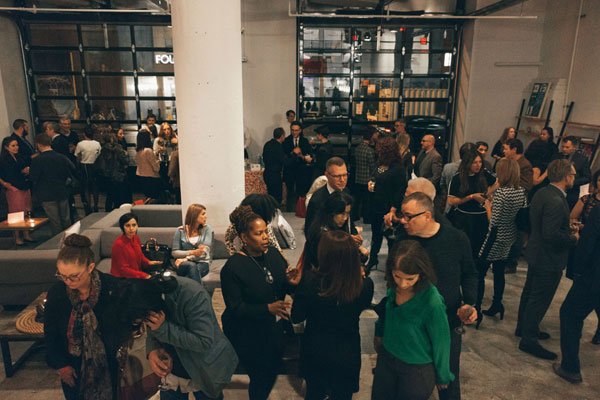 Braving the year’s first wintry mix, a colorful crowd of design enthusiasts packed into first level of the

(DIFFA) first-ever “Thanks for Giving” fundraiser. Shaking off umbrellas and overcoats, faces immediately melted at the sight of pinball games, a shuffleboard, and, needless to say, warm and welcoming people.


A silent auction booth, offering wares from the likes of

was the centerpiece of the evening, as everyone eyed their favorite piece. Adler’s Charade Drape vase tallied in the most bids for the night, nearly spilling over to a second page. If a silent auction wasn’t quite your style, another space offered a no-lose spin-the-bottle. Simply pay $20 and you ended up with a hearty bottle of red or, if you were lucky, scotch.


Briefly interrupting the excited chatter and merry-making, Johanna Osburn, executive director of DIFFA, stood with the host of the evening,

Christophe Rammant. Osburn reminded the group, “After 30 years [of DIFFA], we have a huge legacy to live up to. We know that the fight is not over.”


If the crowd’s tenacity in the face of New York weather is any indication, it’s a fight we can and will win. 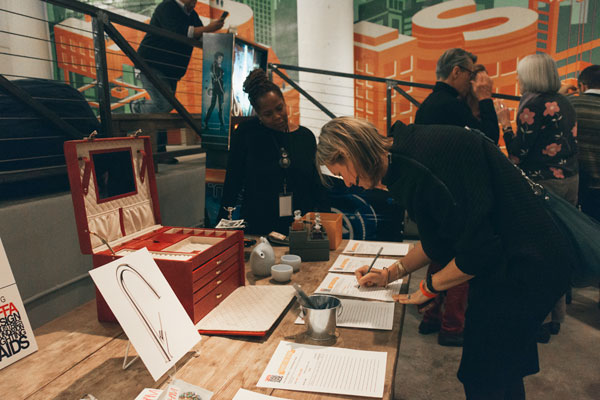