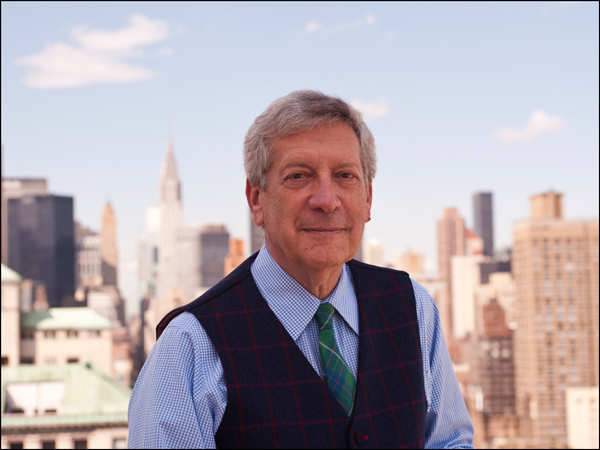 Malcolm Holzman’s public buildings, described in a national publication as having a ‘brash beauty,’ are acknowledged for their evocative nature, technical vision and singular character. He has completed commissions in thirty-one states resulting in buildings that comprise some of this country’s most notable architecture. His work shows a diversity of design solutions, which respond to varied programs, embrace a wide range of contexts, and incorporate regional materials.


In 2007, Mr. Holzman was the recipient of the inaugural USITT Distinguished Achievement Award in Architecture. Additionally, he was the recipient of the first James Daniel Bybee Prize from the Building Stone Institute, which recognizes “a body of work distinguished by excellence in design,” and the Gold Medal awarded by Tau Sigma Delta, the honor society for architecture and the allied arts. The Gold Medal is the society’s highest award, presented annually for exemplary contributions to the field.  With his partners he has won more than a hundred awards including the Arnold W. Brunner Prize from the National Institute of Arts and Letters and the American Institute of Architects Firm of the Year Award.


In addition to enhancing the built environment, he regularly contributes to National design publications. He spearheaded the research efforts for the book

, an exposition on building with stone in the 21st century, and the companion publication,

, both by Images Publishing Inc., and most recently contributed to

Theaters 2: Partnerships in Facility Use, Management and Operations


Mr. Holzman was born in Newark, New Jersey, in 1940 and received a Bachelor of Architecture Degree from Pratt Institute in 1963.  He was later conferred its Distinguished Alumni Award for advancement of architecture and urbanism over a sustained period of time.  Mr. Holzman founded Hardy Holzman Pfeiffer Associates in 1967 and, in 2004, established Holzman Moss Architecture, now