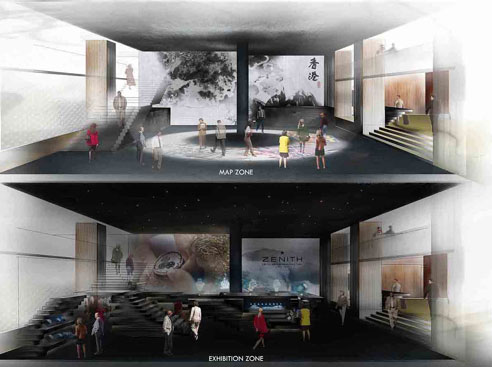 To celebrate its 50th anniversary, the

collaborated with students at

to design a “Hotel of the Future.”

Thirty-nine students from PolyU’s Environment and Interior Design department embarked on a seven-week design competition, which ran from March to May. Students formed teams and designed designated areas of the Mandarin’s 5-star flagship property, including its rooms and suites, food and beverage outlets, spa, and lobby and reception. The teams presented their work to hotel management, the Head of Design of Mandarin Oriental Hotel Group, and the school’s faculty.

Lee Kwok Kwong and Mak Chu Leung were selected as the winning team for their concept of “Spreadism,” which took inspiration from when ink spreads out on a piece of paper. According to the winning proposal, “The journey through this space mimics the animation of ink appearing and spreading out on paper. When a guest enters the lobby, a drop of ink will appear on the floor and gently evolve into a line to guide them from reception to the lift lobby. Once the guest enters the lift, the ink will spread out onto the walls and gently fade away.”

The winning team designed a multifunctional lobby that incorporates ink stones, a traditional tool used in Chinese painting to store ink when painting. The stones are used to designate an exhibition space, which could be used for concerts and also serve as an interactive space equipped with 3D projectors and LCD walls. 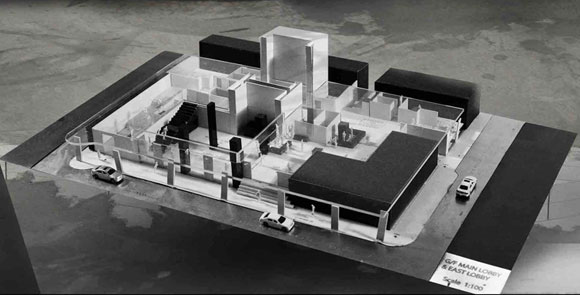 Horace Pan, an assistant professor at the School of Design who supervised the students, says he was very pleased with their creations, stating that the winning team’s designs had a “strong concept, good branding sense, strong cultural identity, and was [forward] thinking.”

The winners received a three-night “Traveling Scholarship” to the Mandarin Oriental, Bangkok. The eight finalist projects will be on display for public view now through August 4 at the Mandarin Oriental, Hong Kong’s Clipper Lounge. They will later be presented during an awards ceremony at the PolyU Design Annual Show opening ceremony in August.