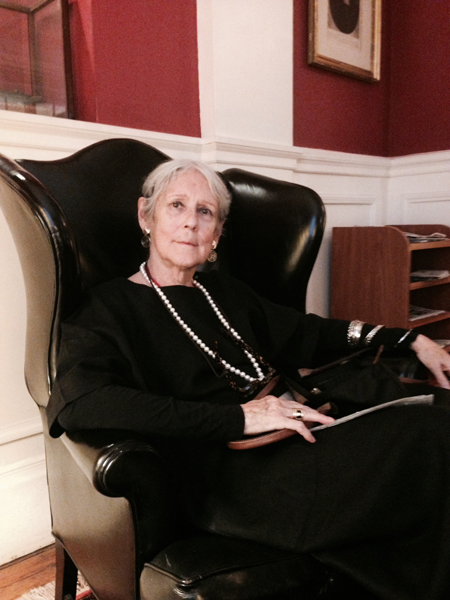 Chances are that most, if not all, published biographies of Margo Grant lead off with her having been born on the Blackfoot Indian Reservation in Fort Peck, Montana. Paradoxically, even more interesting and unusual is what’s happened in her life ever since.


In 1973 she joined Gensler and Associate/Architects as interior design director in Houston, opened the firm’s New York office in 1979. There she became the founder and managing principal of the eastern region division, founding offices in Washington D.C. and Boston. She and Art would take Gensler global with her opening of the London office in 1988. Margo was also a member of the management committee and one of four on the Board of directors. Her premier projects were the world headquarters of Bank of America in San Francisco with SOM and the Pennzoil Place interiors for Gensler in Houston.


Winner of countless design and real estate awards during her professional design career, upon her leaving Gensler in 2004, she devoted her energies to refining and documenting her 20th century global silver collection.  Over the last 10 years she has had 11 museum exhibitions in New York, Houston, Wyoming, Portland and Eugene, Oregon and San Francisco.


For the past 4 years she has been speaking about her collection and gifting those museums where she has lived and practiced with major gifts to the Portland, Oregon Museum, the Museum of Fine Arts Houston (her Architects Silver), the Metropolitan Museum of Art (her 20th Century American Silver) in New York and a recent and important gift to San Francisco, de Young, and the Ashmolean Museum in Oxford, England.


Margo says a highlight of her collecting was an interview in San Francisco by Susan Stamberg of NPR in 2010 when asked “why did you collect international silver?” – Her immediate and spontaneous response was “great design has no borders.”  She cares less about provenance and has been guided by Design, Workmanship and Function.


Margo, upon gifting her Silver and Metalwork by Architects, to the Museum of Fine Art, Houston,  at Bayou Bend  speaking in January 2014, divided her life into Four Acts, with silver being Act Four–– The fourth act proving to be the most challenging and permanent legacy of her 55-year career in Design.