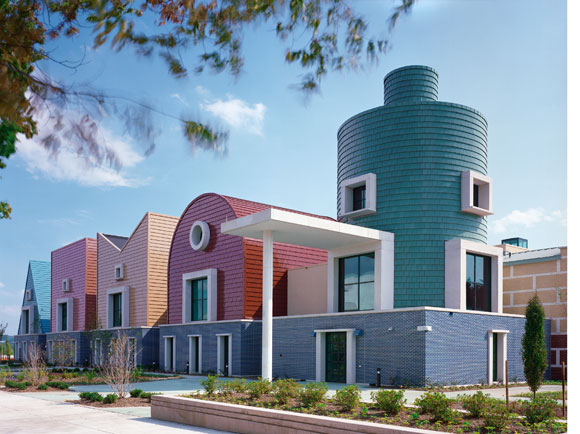 “Towers & Teakettles: Michael Graves Architecture and Design,” on view through March 31 at the

in Richmond, champions the prolific output of the award-winning Graves and his two firms:

Chronicling work from the 1980s to the present, the show looks well beyond the boundaries of the period when a group of architects called the New York Five purportedly adhered to the principles of early modernism, and when Graves (as a member) exemplified an international style. 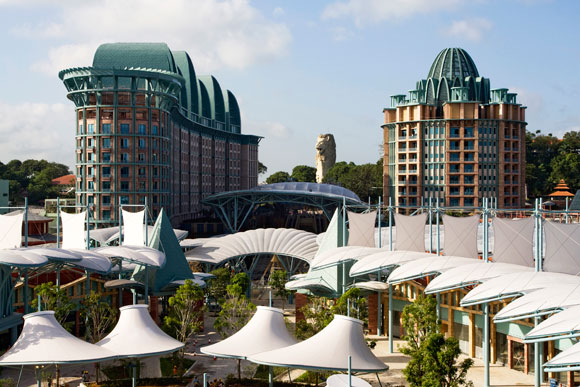 “For this exhibition,” Graves says, “I want people to say that we make buildings of great character; buildings that complement their context; buildings that function for their intended use.” The

for children with severe cognitive disabilities illustrates this point with whimsical, geometric pavilions that each serve a different instructional purpose and are clad in candy color tile.

In recent years, Graves expanded his focus to healthcare design borne from his own life-threatening illness that left him paraplegic. His co-venture with

led to the development of the

, which provides a safe and comfortable environment to better the patient and caregiver experience, and The Wounded Soldiers Homes at Fort Belvoir, Virginia, which Graves hopes will be a model for “accessible, sustainable, aging-in place design.”

, a mega, eco-resort on 121 acres off the coast of Singapore, the William B. Bryant Annex United States Courthouse, and of course “The Whistling Teakettle” for

, a product whose popularity has reached two million in sales since its debut in 1985. 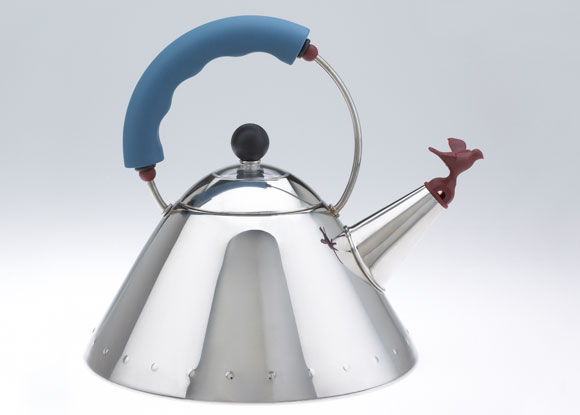