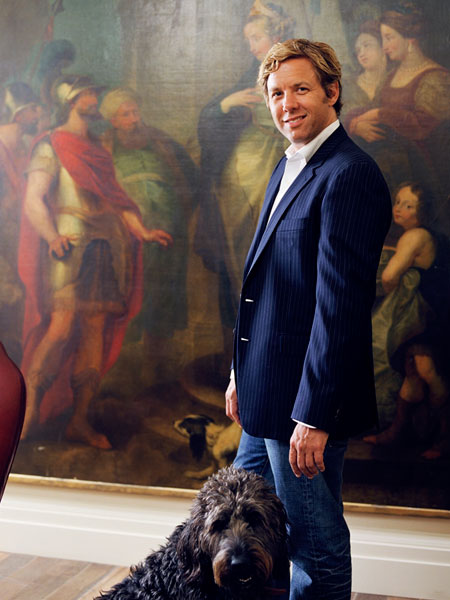 brought British country style to the houses of Cindy Crawford and Tom Cruise and freshened up the Oval Office as a member of the Committee for the Preservation of the White House. Now Smith brings his talent to the venerable fabric house

, where he will serve as creative director overseeing branding and product development.

The wholesaler expects his influence to be apparent as early as 2013.

“It is a great testament to the longevity and beauty of Brunschwig fabrics,” Smith said in an announcement of his appointment, “that when I look through the archives, so many designs from decades past are still relevant … My goal for Brunschwig is to marry its incredible archives with the talent of the brand’s artists, and create a new era of design inspiration based on the beauty of the past.”

Given Smith’s unparalleled ability to merge the traditions of the past with the fashions of the present, that goal certainly seems achievable.