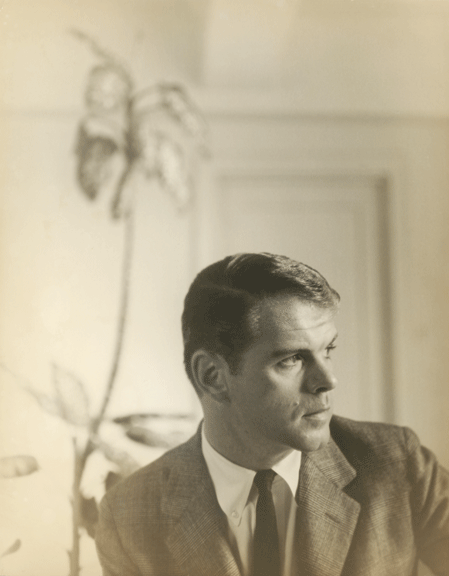 
Michael Taylor was a larger than life figure, and his distinctive “California look” took the interior design world by storm in the latter half of the 20th century. The style began as an amalgamation of different forms, mixed with Taylor’s unique twists, and has been called “a posthumous collaboration with some of the great decorators of the past.” Starting with Syrie Maugham’s emphasis on shades of white, adding in the ornate qualities of Sister Parish and the simple exquisiteness of Frances Elkins’ design, Taylor infused his own touch. It was a look born in the past yet completely new.

Implicit in that design philosophy was a melding of styles and ages. From a set of antique Italian chairs beside a Roy Lichtenstein print to a set of Chinese chairs around an unvarnished wood table with Yosemite granite base, Taylor stated, “There is no arbitrary law which says that an eighteenth-century French chair and a Sheridan can’t be used in the same room. The only consideration is how well these or other pieces look together; do they compete with each other or do they create a felicitous sense of contrast?” While this fusion seems commonplace now, it was largely unheard of before Michael Taylor.

An important piece of the Taylor design aesthetic was to bring the outdoors in, adding natural forms to ornate rooms. Plants were a must and he often used large, unshapen boulders indoors. His childhood in northern California, where he spent lots of time outdoors, fed his desire for nature-infused rooms. This also served a practical design purpose, as he said, “Plants have a way of preventing a room from appearing over decorated; they also soften light.” The effect of light on a room drove many of his design decisions.

Although noted for his extensive use of the color white, Taylor did not use white so much as the centerpiece for a room but rather to bring out the lighting and other aspects in the room to increase warmth. He often spent an entire day in a room before designing it just to watch the way the light worked through the room at different points of the day. Only then, when he had a grasp of the light patterns, would he begin to design.

Simplicity was vital to Taylor’s style. His famous saying, “When in doubt, throw it out,” was a design mantra of sorts. However, with a simplified design palette the room risked becoming too sparse; this is where Taylor said his use of scale came into play, “When you take things out, you must increase the size of what’s left.” Thus Taylor’s famed voluminous sofas and chairs were born.

Finally, and perhaps most radically, Taylor insisted that a room never look perfectly finished. As he wrote in his 1964 essay, “A New Look at Decorating,” “The most beautiful rooms are those that retain a feeling of not being quite finished. There is still a place for a painting on that wall, still a chair to be found that will suit that corner… meanwhile the room stays alive, young and growing… (A room) should not be ‘too perfect.’ Perfection in every detail usually makes a room look studied, formal, rather dull, and even forbidding.”