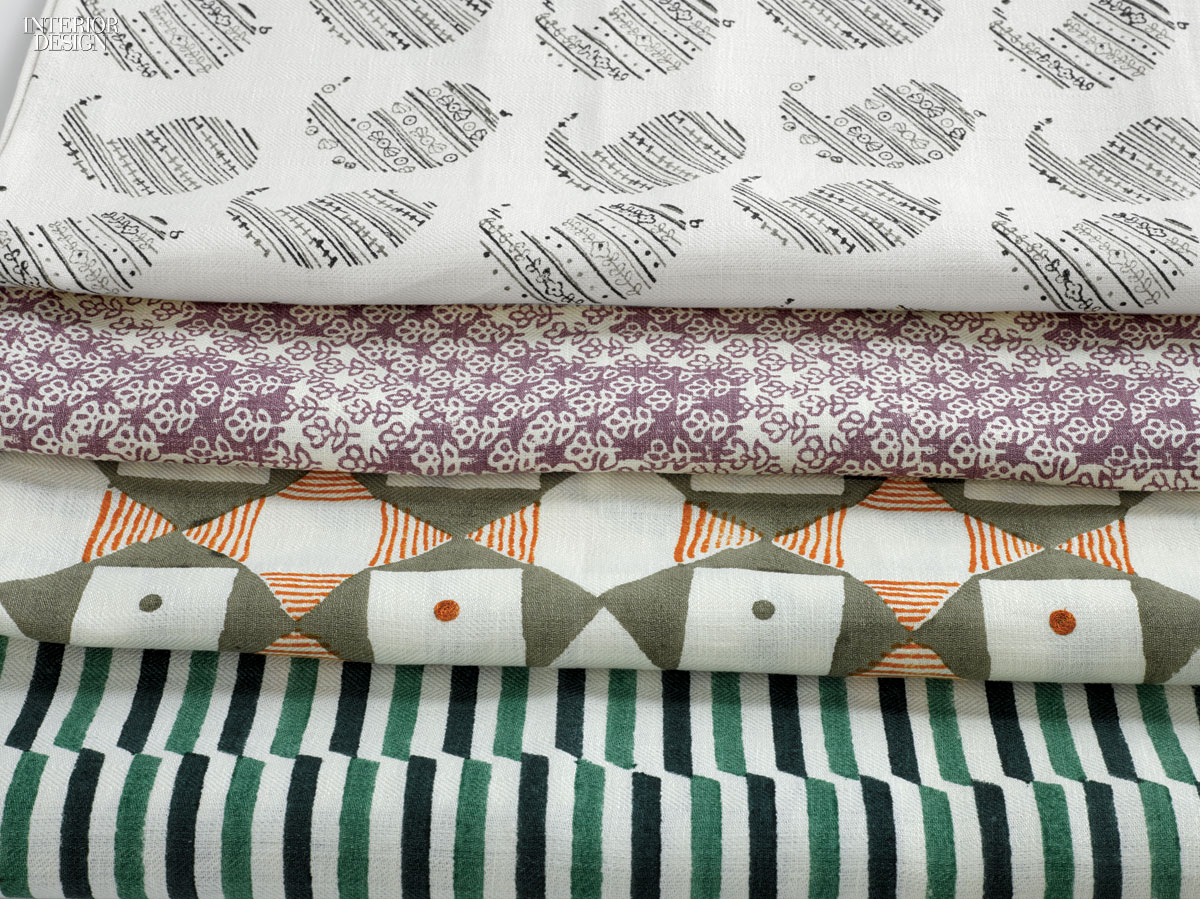 She may hail from San Francisco, but Seema Krish ‘s heart lies some 2,500 miles away. New York Story, the textile specialist’s six-pattern excursion, celebrates the city by emulating the artistry of Bundi, India, where miniature painting is said to have originated in the 17th century. Krish teamed with Bay Area artist Madeline Trait , who created illustrations of iconic locations that were subsequently block-printed in India on 54-inch-wide bolts of linen. Brooklyn is rife with organic, paisleylike swirls. Central Park is densely populated with flora. Broadway suggests a mash-up of billboards and tickers. High Line is marked with meandering stripes—not unlike the real thing, in Chelsea, when viewed from above.