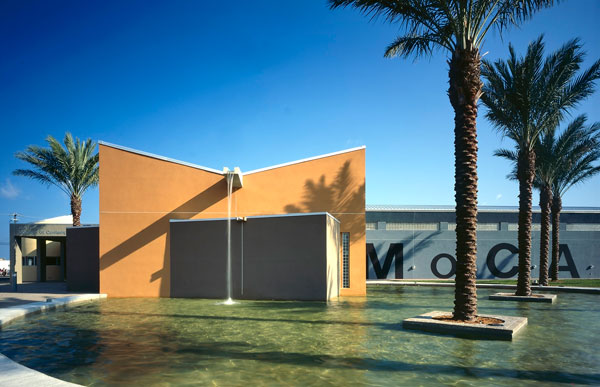 ’s board of trustees has led to a controversial split between both parties. The museum’s staff, including its interim director and chief curator, Alex Gartenfeld, vacated the city-owned building in early August after the board announced its intent to launch a new arts venue called the Institute of Contemporary Art,

according to the Miami Herald

Slated to open in November, the Institute will reportedly be housed in a temporary space at the Moore Building, a popular hub for art and culture events within Miami’s Design District. Provided by the

, a partnership between Craig Robins and L Real Estate, the new 12,500-square-foot space will be made available to the board on a rent-free basis. “The interim facility provides the expanded exhibition galleries that the museum has sought for nearly a decade and moves us closer to the center of Miami-Dade County where we can continue our outreach and education programs,” maintains board co-chairs Irma Braman and Ray Ellen Yarkin in an official statement published on MOCA’s website.

Citing the city’s failure to maintain the museum, provide security and pay Gartenfeld’s salary, the board filed a lawsuit against the former earlier on in April, bringing existing tensions to a head. The city’s appointment of a new director for the museum also added to the discord after the board rejected its candidate, Babacar M’Bow, a city employee and local art gallery owner.

Currently heading up the museum’s transition, M’Bow says the city “exhausted all available avenues for reasonable agreement, including consultations with the American Alliance of Museums and professors of Museum Studies.” He maintains that the rift was spurred after the city first learnt through the media that the board was in talks “to move MOCA out of North Miami and merge it with the more affluent Bass Museum of Miami Beach.” Incensed city officials notably dubbed the move a “modern-day art heist.”

Given these events, it’s not surprising that the focus remains trained on MOCA’s prolific permanent collection and how it will be divided between the museum and the upcoming institute. Since its founding in 1994, the museum has amassed around 600 pieces of art by the likes of major international artists such as Gabriel Orozco and Julian Schnabel. “Our team and the former Board are working tirelessly toward a solution,” says M’Bow. “We hope reason will prevail for the benefit of the art community and the children of North Miami. The City of North Miami and the new Board are committed to doing all it can to insure the sustainability of the institution.”

Currently closed for installation purposes, MOCA will reopen in September with a new exhibition titled “Third Space: Inventing the Possible.” Featuring a diverse array of programs that will reportedly encompass films, lectures, roundtable discussions and outdoor jazz shows, the exhibition will center on the works of Latin American artists from Miami.