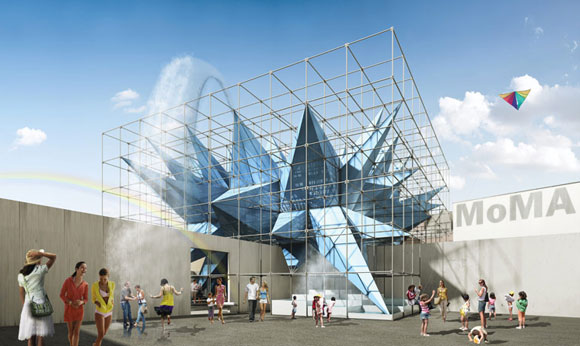 ‘s annual homage to fresh talent, is entering its 13th year in 2012, and this time the mantle has settled on up-and-coming office

(HWKN). As in years past, the firm will erect its winning proposal for an outdoor installation in the front forecourt of 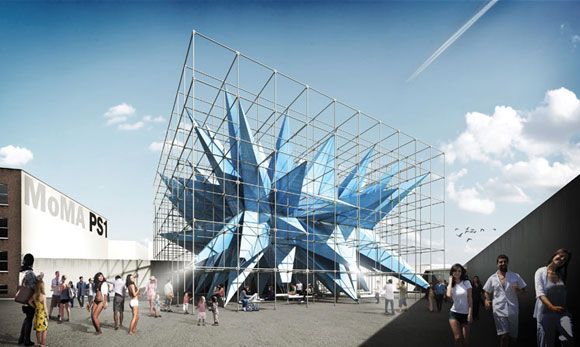 HWKN’s concept, titled “Wendy,” calls for a large steel frame supporting a jutting, angular canopy, around and under which visitors can sit on a raised dais. The canopy’s nylon fabric is sprayed with what’s being described as a “nano-particle spray” from a substance called titania, which actually captures and holds carbon monoxide and other emissions from the surrounding air. According to MoMA, over the course of the summer-long installation, Wendy’s air-cleansing magic will amount to some 260 cars being removed directly from the streets of Queens. 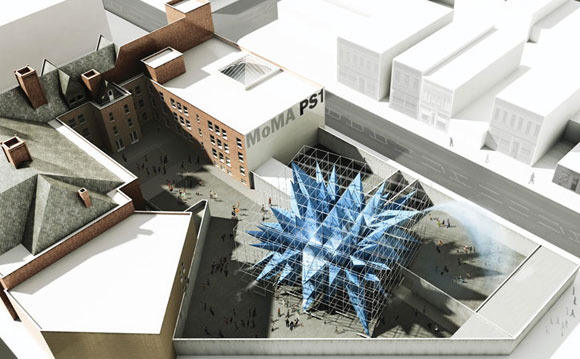 The win for HWKN is the latest coup for a firm that has already made waves for its innovative design-world social media site,

. Barry Bergdoll, who heads up the museum’s Department of Architecture & Design, had this to say about their winning submission: “HollwichKushner’s design is at once based in emerging science of materials related to environmental cleansing [and] also on a zany quest for a space that is simply good fun.”

Renderings courtesy of the Museum of Modern Art.