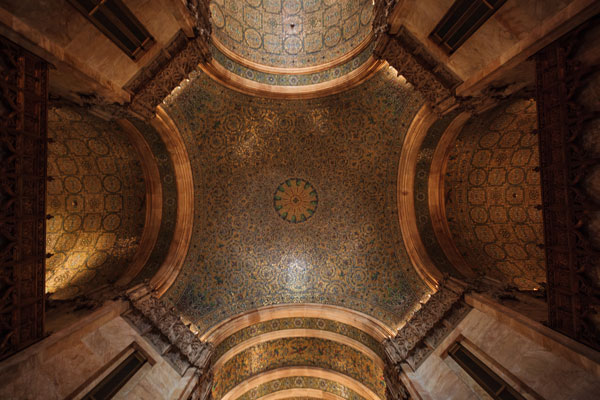 The crossing of the lobby, showing a vaulted ceiling with gilded-back tiles. Photography by Thomas McGovern.

The unseen structural features of public buildings and the decorative detailing of dust-covered rooms are almost more enjoyable when discovered alone. For this reason, I often poke around New York landmarks on my own, slowly ticking off the sites listed by the

. It was in this spirit that I first attempted a visit to the Woolworth Building in Manhattan’s Financial District. I stomped through the entrance despite a sign prohibiting tourists—and was promptly shown the door. The structure’s recent reopening to the public has finally allowed me to explore the Woolworth, this time by invitation.


The Woolworth Building was named a National Historic Landmark in 1966 and a New York City Landmark in 1983, but a change of ownership to the

coupled with the September 11th attacks on the World Trade Centers brought about the closure of the space to the public. With the building’s centennial in 2013, Helen Post-Curry and Chuck Post, great-grandchildren of the building’s architect Cass Gilbert, along with Witkoff vice president of development Roy A. Suskin, offered special limited-time tours. Demand proved so great that Post-Curry lobbied for a full set of programming.


Completed in 1913, the Gothic structure was Frank W. Woolworth’s testament to his empire of five-and-dime stores. Originally slated for a height of 420 feet, it grew to 792 feet, securing the title of tallest building in the world for 17 years until the Chrysler Building surpassed it. With glazed terra-cotta panels leading up to a copper-clad crown, it remains one of Lower Manhattan’s most distinctive buildings.


The interior is no less impressive. Romanesque in character, the cruciform lobby harkens to churchlike forms, contributing to the moniker “Cathedral of Commerce.” While Greek marble is the predominant finish, a spectacular array of details dazzles visitors. The glass mosaic ceiling shows both Woolworth and Gilbert’s admiration of European sacred spaces, with many of the pieces gilded from the back. On the mezzanine level, two triptych murals called

by C. Paul Jennewein preside over the lobby. Small gargoyles peak out from corners and Corbel sculptures depict prominent contributors to the building’s construction. The details combined with the vast space come together to create what can be best described as a great monument to American economy.


Even still, the building is not completely accessible. That legendary subterranean pool is still off limits. And the observation deck, closed since 1941, is now being incorporated into a five-level penthouse, part of the renovation of the top 30 floors into luxury apartments.

are available through the building. But please, no walk-ins. 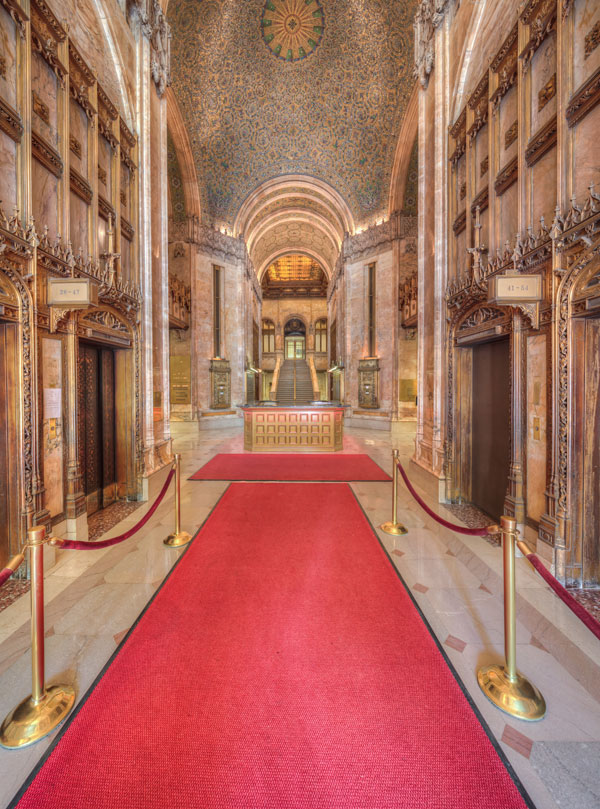 The cruciform lobby of the Woolworth Building. Photography by Thomas McGovern. 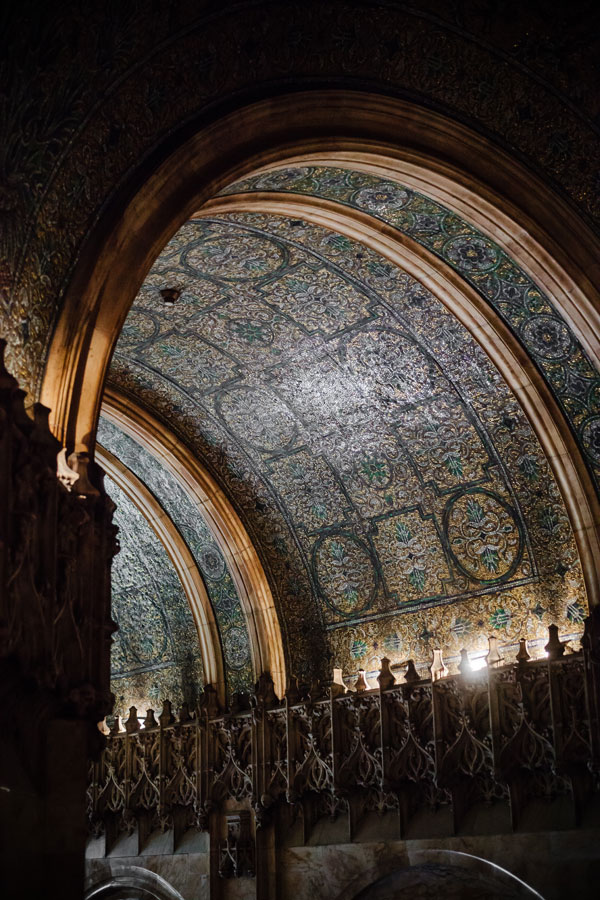 The lobby’s glass mosaic ceiling is reminiscent of the Byzantine era.