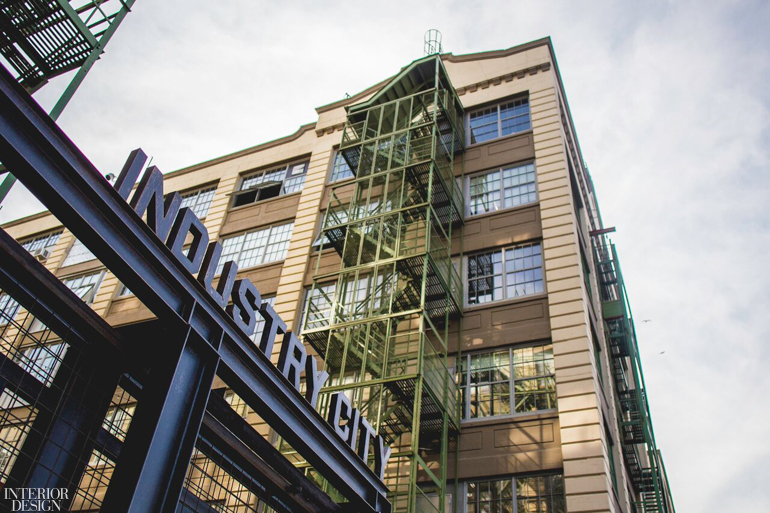 Though New York City’s preeminent design festival still is several months away, NYCxDESIGN today announced its initiatives for the city’s annual design week May 12-20. Many involved in the event, including designers and architects, gathered at the landmarked New York Public Library on Fifth Avenue for a light breakfast shortly before NYCxDESIGN unveiled its diverse and innovative programming for 2020.

“This event puts a global spotlight on our incredible design community,” said Edward Hogikyan, vice president and executive director of NYCxDESIGN—the annual design festival spanning the entire city. This year, the event will spotlight a different borough of New York City over the course of five days, highlighting projects, installations, and design initiatives reflective of the neighborhoods and communities within them. For instance, Jon Gray, co-founder of the cooking collective Ghetto Gastro, is hosting a much-anticipated event at the New York Botanical Garden to close out the festival’s celebration of the Bronx.

NYCxDESIGN also is gearing up to be more interactive than ever before. Attendees will have the opportunity to engage with their peers throughout the festival by responding to questions posed about design, which will be presented via a traveling recording studio and shared on various social channels.

The popular design festival, operated by Sandow under agreement with New York City Economic Development Corporation, functions as an incubator for education. “NYCxDESIGN is the penultimate opportunity for students to discover design,” said Anita Cooney, dean of Pratt Institute School of Design. The festival covers a wide variety of design disciplines with events ranging from open studios, workshops, seminars, exhibitions, installations, and product launches. But it’s not just a learning opportunity for students.

“As designers and architects, our education is never finished, which is what makes NYCxDESIGN so enticing,” said David Rockwell, president and founder of Rockwell Group. For the first time, the festival will feature an architecture graduate student showcase, displaying work from the city’s many architecture and design schools. “New York shows how experiences can create instant communities…it’s a designer’s fantasyland in many ways,” he added.

The 2020 festival also marks the fifth annual NYCxDESIGN Awards, presented by Interior Design and International Contemporary Furniture Fair (ICFF) in recognition of outstanding projects and products created or shown in New York City throughout the year. In the past, category winners have received a custom version of Lladró’s distinct sculpture, The Guest. This year, those who take home a physical award will be in for a surprise. NYCxDESIGN will announce more details regarding the design of its 2020 award in coming weeks.

As the NYCxDESIGN announcement concluded, Adam Sandow, chairman and founder of Sandow Media, took to the podium to thank everyone involved in this year’s initiatives. In doing so, he pointed out the sheer size of the architecture and design community here, which surpasses those in other major cities throughout the country and, inevitably, leads to immense opportunities. “I’m looking forward to seeing this incredible lineup,” said Sandow. “It’s going to be an amazing time in May and I couldn’t be more thrilled to have this challenge in front of us.”