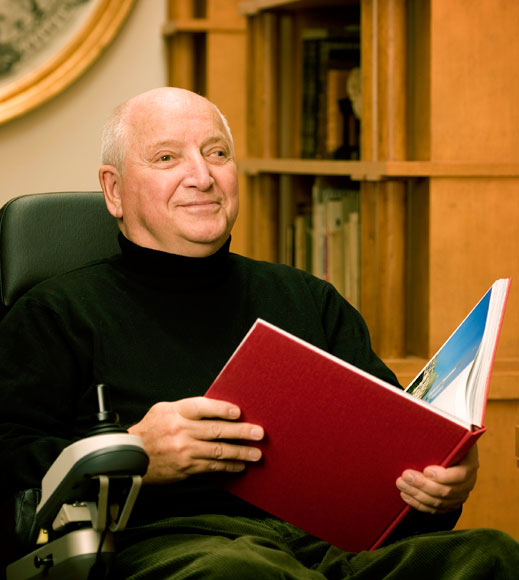 President Barack Obama has named Michael Graves, FAIA, to the Architecture and Transportation Barriers Compliance Board. The

Hall of Fame member has revolutionized architecture and product design by introducing postmodern forms and bold color, and will now lend his singular aesthetic to the world of accessible design.

Graves’ appointment was released in a statement by the White House yesterday alongside a handful of key administration posts. Graves’ new role lies within what’s widely known as the United States Access Board, a private agency created in 1973 to develop design criteria and enforce access for the disabled to federally funded facilities.

“I expect to provide national leadership on accessible design,” Graves says, “and hope I can contribute on a grand scale.”

Graves has a personal investment in accessibility. In 2003, The Princeton professor and founding principal of

suffered a spinal infection and became paralyzed from the waist down.

“When I became paralyzed,” Graves says, “I realized that as an architect and designer, and then a patient, I had a unique perspective. As a result, I became passionate about using this perspective to improve healthcare and accessibility through design projects.”

President Obama says in the White House’s release: “These fine public servants both bring a depth of experience and tremendous dedication to their new roles. Our nation will be well-served by these individuals, and I look forward to working with them in the months and years to come.”